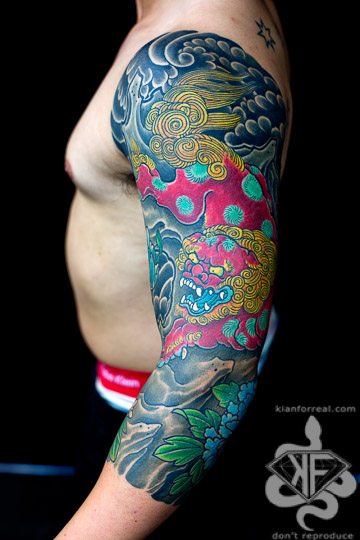 Foo “Dogs” are actually Guardian Lions. They are also sometimes called Buddha Lions. They are usually pictured in pairs, one male and one female. The male has his paw resting on wish-fulfilling jewel that symbolises Buddhist wisdom, and supremacy over the world. The female has her paw resting on a cub, which symbolises protection and nurture. As a pair, they represent Yin and Yang. As statues, placed out the front of homes and offices, they serve to ward off evil spirits. As tattoos, they serve as protectors and often indicate a courageous person with heroic aspirations.

Mythologically, Shi Shi are found near waterfalls and where peonies grow. When a ‘king of the beasts’ shishi is combined with a ‘king of the flowers’ botan (peony) in Japanese tattooing it is called  karashishi-botan.

Shishi throw their cubs from high rocks and the ones that make it back to the top are considered good stock. They can be seen with their mouths open to scare off demons or closed to shelter and keep good spirits. Sometimes a shishi is tattooed is tattooed on a womans belly to protect her during childbirth or guard the unborn.

Below are some amazing examples of Shi Shi tattoos done by our Japanese specialist tattoo artists! 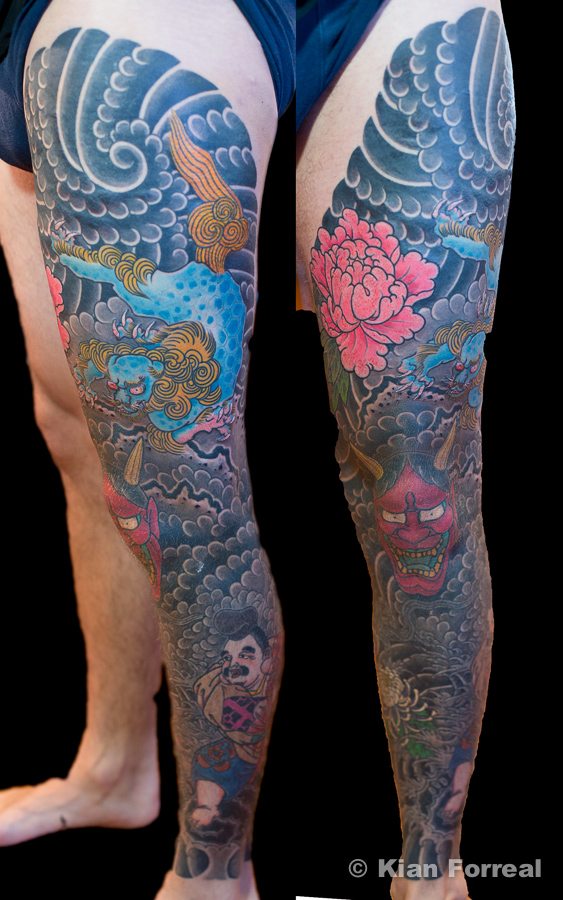 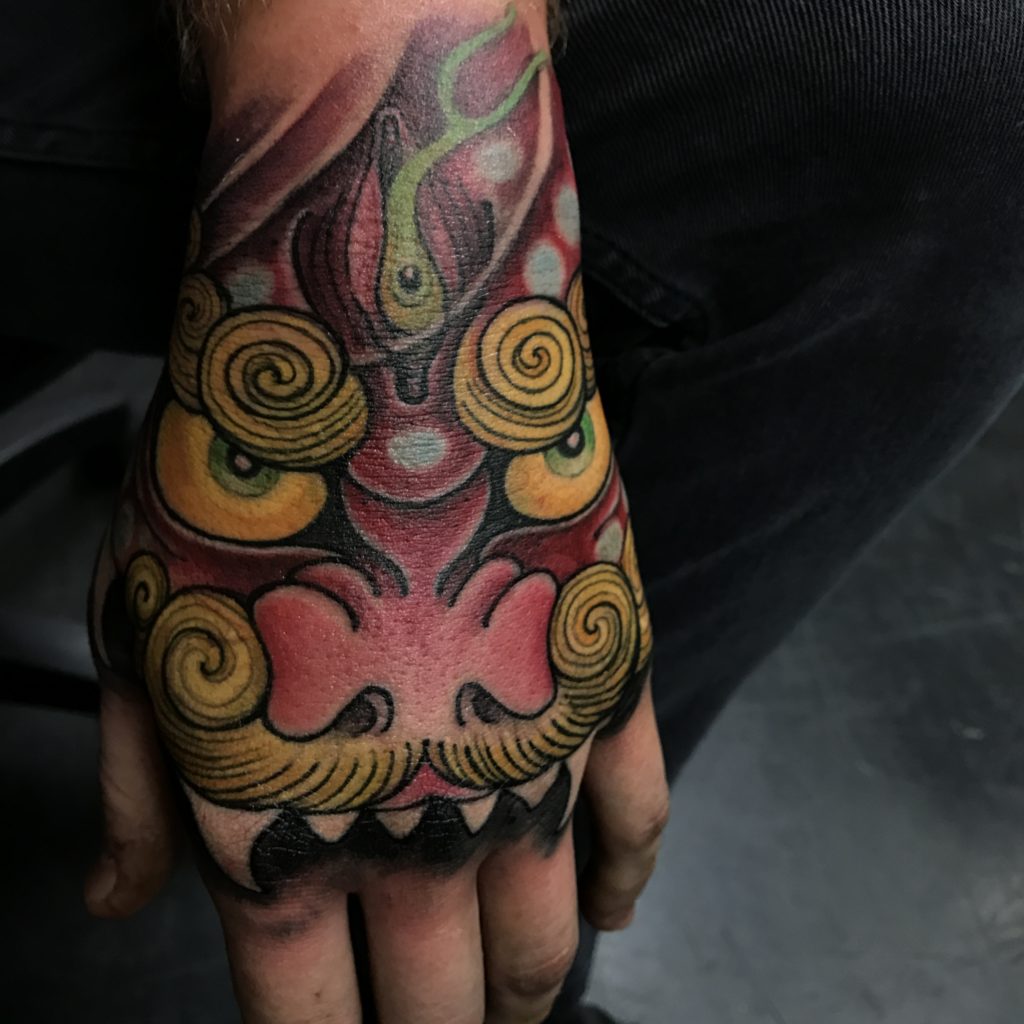 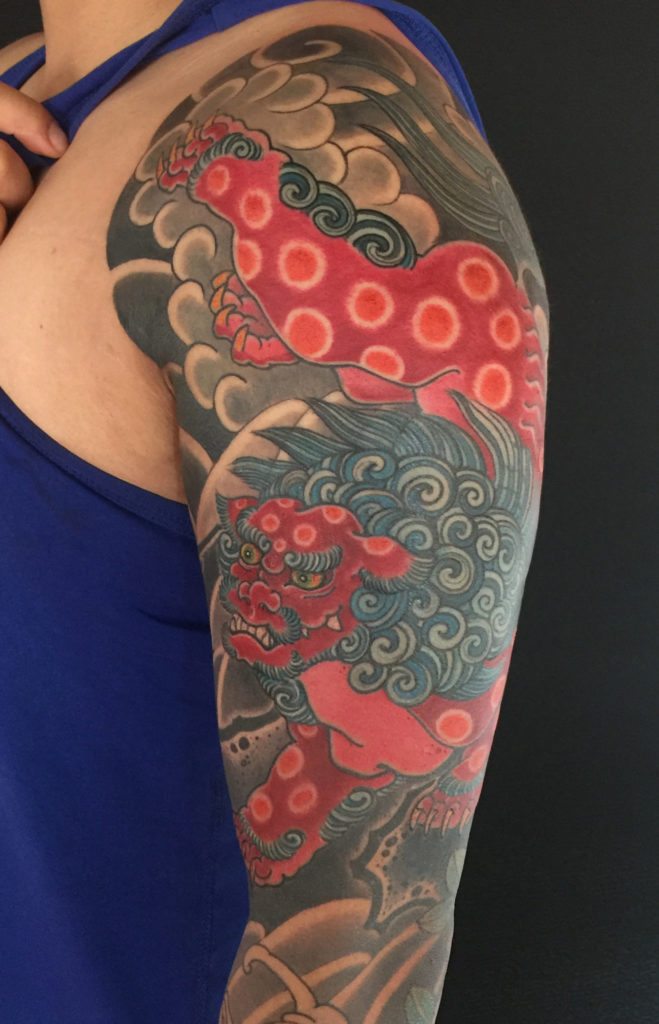 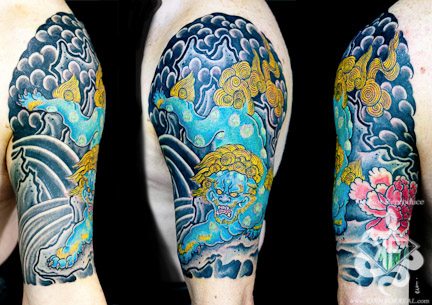 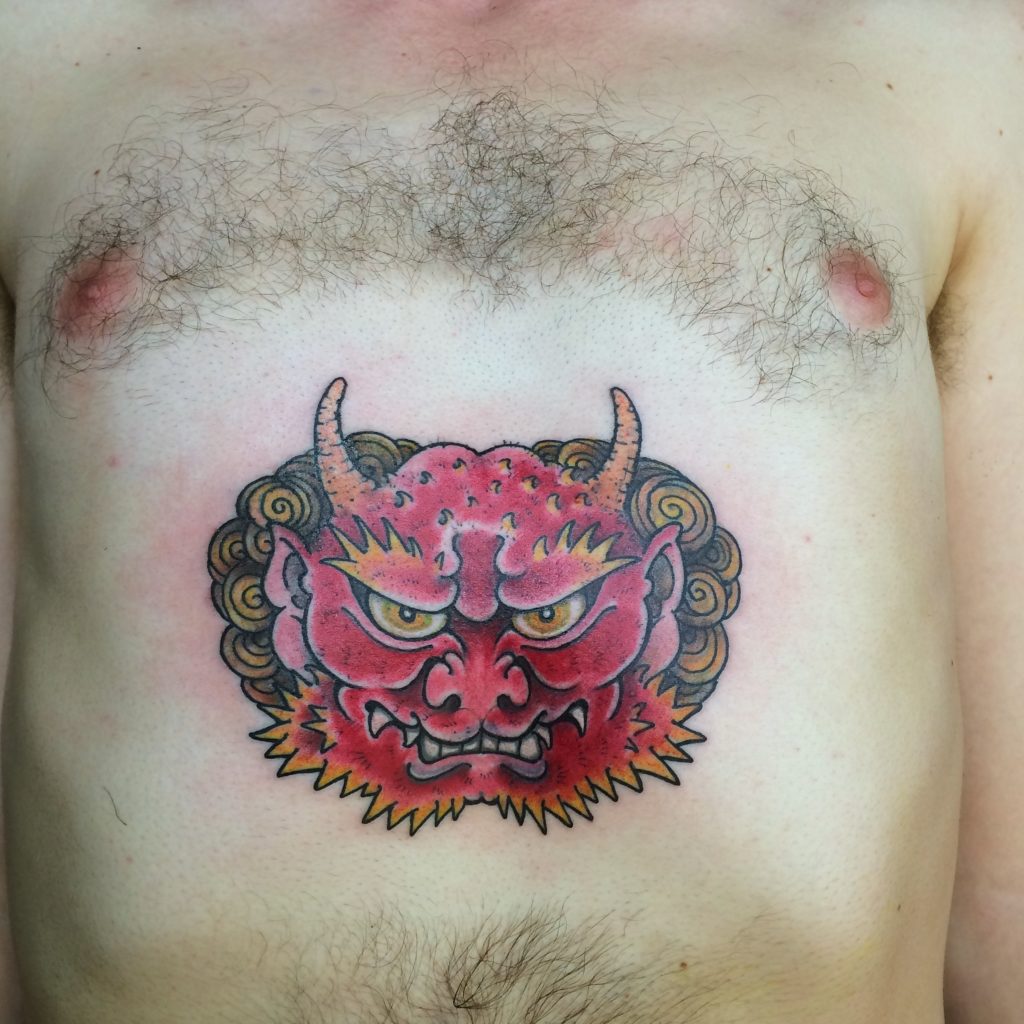