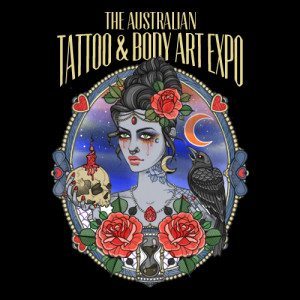 The Australian Tattoo and Body Art Expo returns to Melbourne for three days this weekend, 4-6th Dec 2015 at the Melbourne Convention and Exhibition Centre. Over 250 artists will be in attendance for your viewing pleasure, coming from all corners of the globe like Russia, U.K., Bali, U.S.A., Hong Kong, Netherlands, Italy, Japan, China, Singapore, Finland and Indonesia. And Sydney of course! Three of our artists will be attending the show and representing Authentink Studio!

Lauren Fox, Seth Arcane and Jess Martucci will be heading down south this weekend and have a few spots available for walk ups and also will have some pre-drawn designs available, plus selling shop merch! So, pop by and say hi and get a cool tattoo! 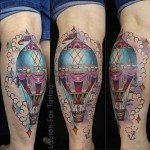 Lauren Fox, originally a California girl, is our traditional specialist, however she especially loves all pop culture imagery such as anime, Marvel, Disney and all graphic novel/comic book tattoo art. She also has a keen interest in Japanese tattoos, however unlike other artists at Authentink Studio, she loves to mix east and west styles to create her own neb-japanese style. 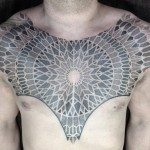 Seth Arcane is our geometric, dotwork and tribal master. He specialises in fine lines and precision dotwork and shading. Hailing from South Africa, he was originally drawn to traditional style tattoos, however found his passion in blackwork, he is heavily influenced by the traditional tattooing of the South Pacific islands. Seth soon began working with dotwork, and his impeccable linework and attention to detail made him naturally suited to rendering the precise geometric designs found in this style.

Jess Martucci is one of the newest members of Authentink Studio, joining us from France. He has only been in Australia for a few months, but has already gained a loyal clientele. He mostly focuses on neo-Japanese and traditional, frequently mixing the styles together to make unique pieces.