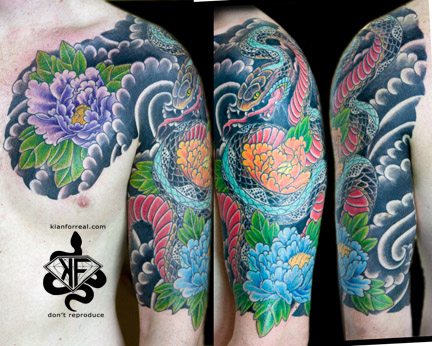 The Peony is considered the best of flowers and is known as the King of flowers in Japan. In short it means elegance and wealth. With it’s large and spreading petals, which are delicately curled at the edges, the peony has been called “the rose without thorns”. Although often depicted in tattoo imagery in deep red, it is today also cultivated in many other colours.

In the ornate, complex, and extensive body coverage that is typically involved in Japanese tattoos, it may seem as though entire gardens appear, but the floral repertoire of traditional Japanese tattoo is not as extensive as it might first appear, among the select flowers that are used is the peony, it is regarded as a symbol of wealth, good fortune and prosperity. In addition though, it also suggests a sort of gambling, daring and even a masculine devil-may-care attitude, quite unlike its character in the west. 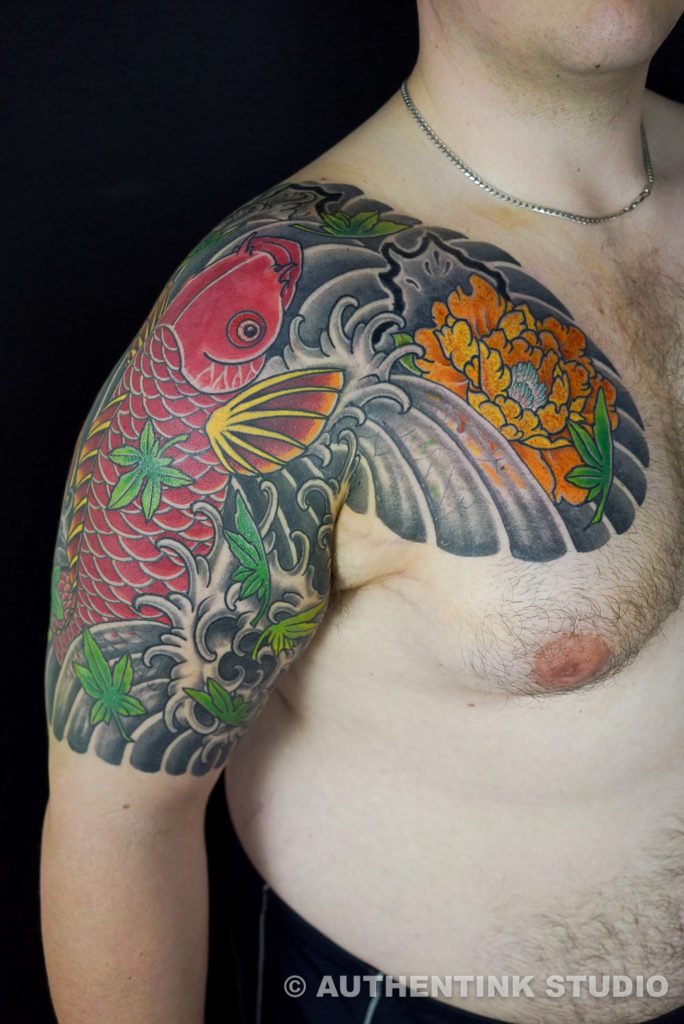 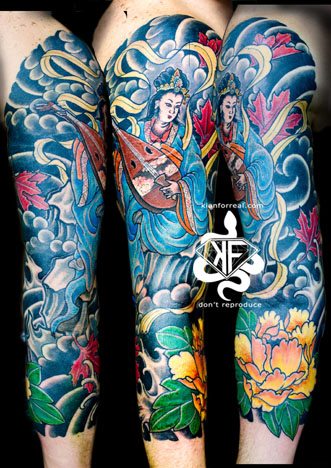 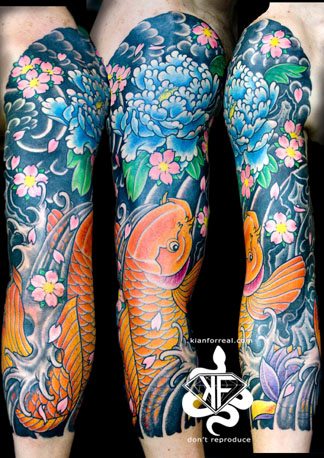 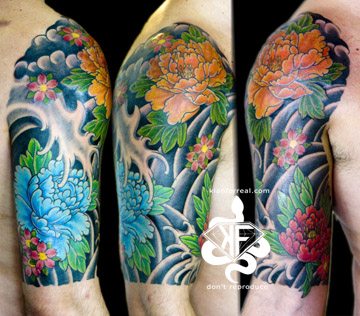 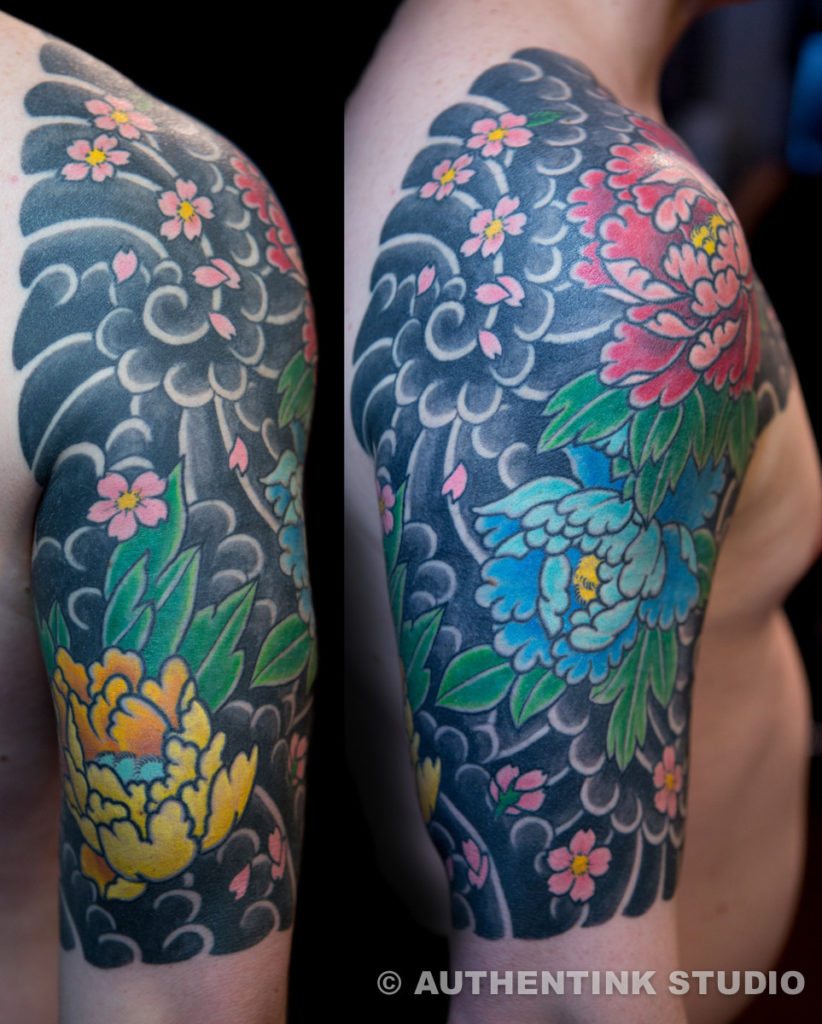 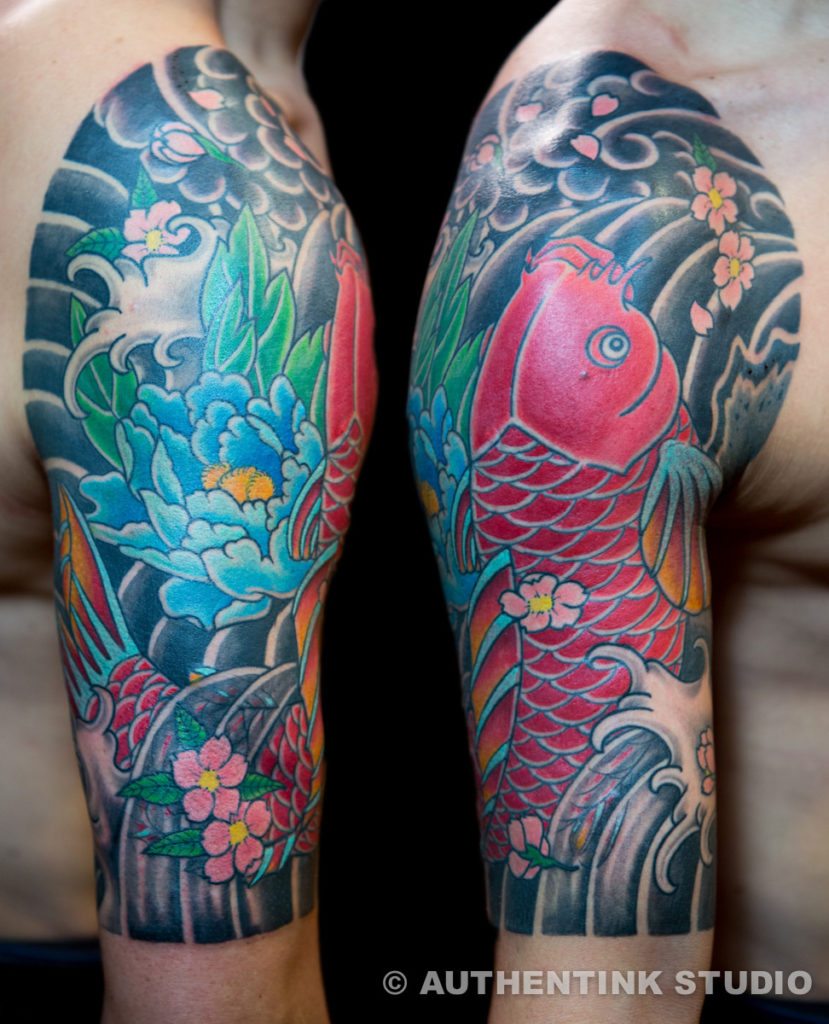 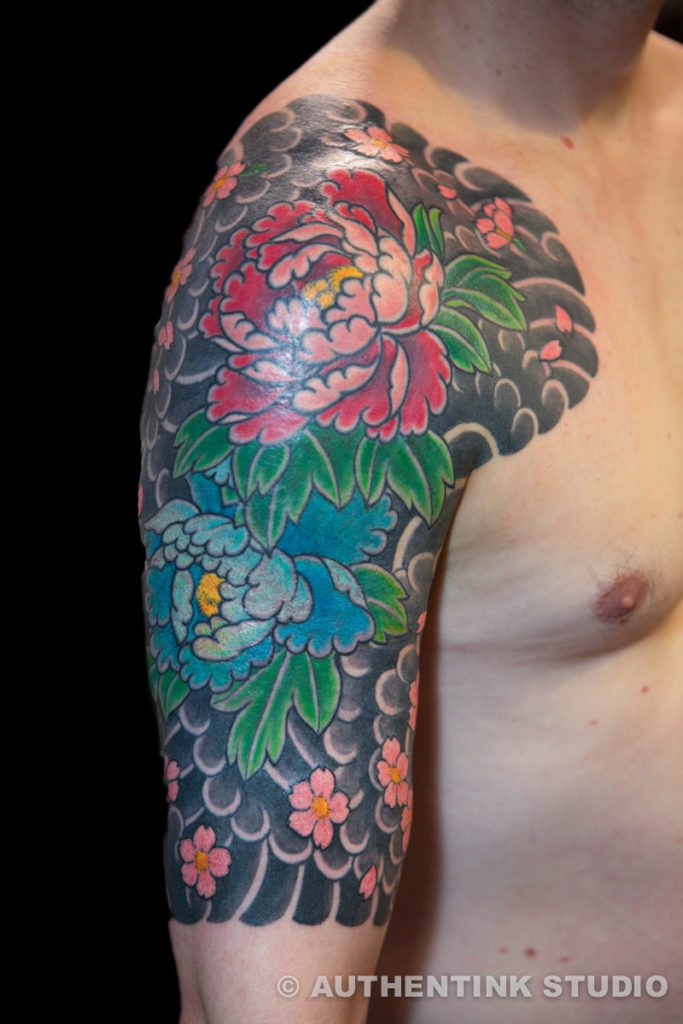