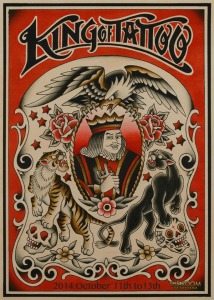 The “King of Tattoo” Convention was held in Tokyo, Japan from 11th – 13th October 2014. Arguably one of the most prestigious tattoo conventions in the world, this event attracts global die-hard fans and only the worlds most renowned International artists, as well as the best of the best of Japanese traditional tattoo artists. It is a convention for the tattoo “purist”, with a distinct lack of low end tattooing and cheap jewellery stands that have come to make centre stage at most Australian conventions. There are also no distractions with the likes of BMX stunt stages sponsored by corporate energy drink brands trying to be “edgy”, or air brushing of semi-naked busty blondes with brightly coloured Marvel superhero costumes.

The slogan on the convention banner says it all ” Tattoo is not crime! Stereotype Fuck Off!” Although the origins of Japanese tattoo began as marks of artistic expression and rebellion, it has been marred with prejudice as a mark or criminality with the rising popularity amongst the Yakuza, and was even historically used as a form of punishment so that criminals could be easily identified. Even though these stereotypers arose hundreds of years ago, modern day Japan still struggles with tattoos, and having any visible tattoos in public (on both local Japanese and westerners alike) is completely taboo.

Located over several small format floors, the Tokyo Tattoo Convention is smaller than most others, but the quality of artists in attendance is amazing. Sitting in unelaborate, small booths, each artist is on show to do what they do best – tattoo! 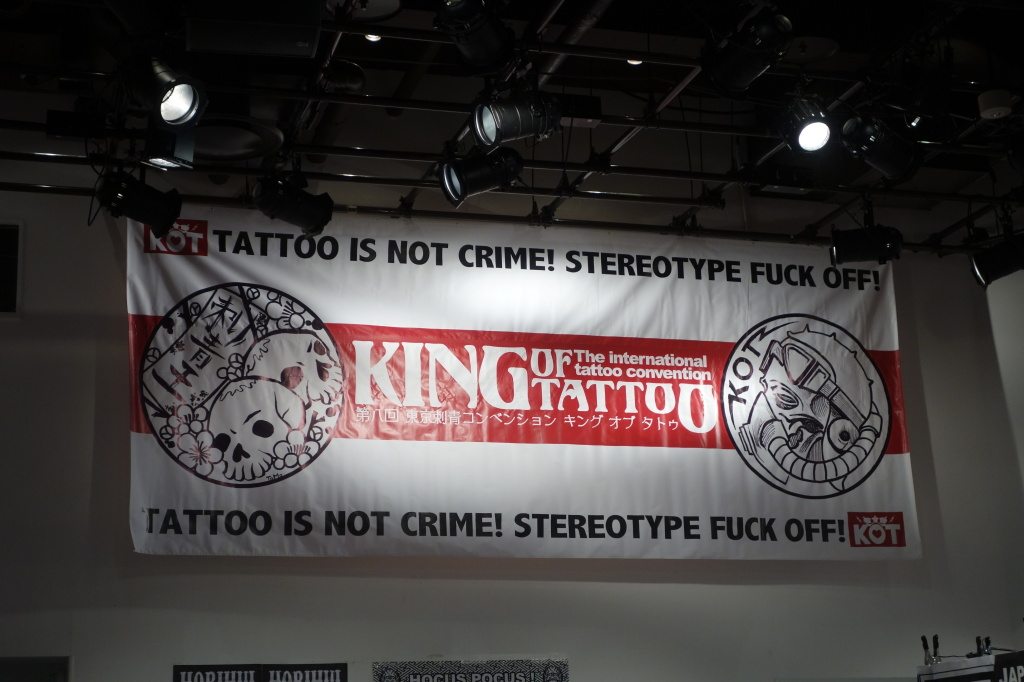 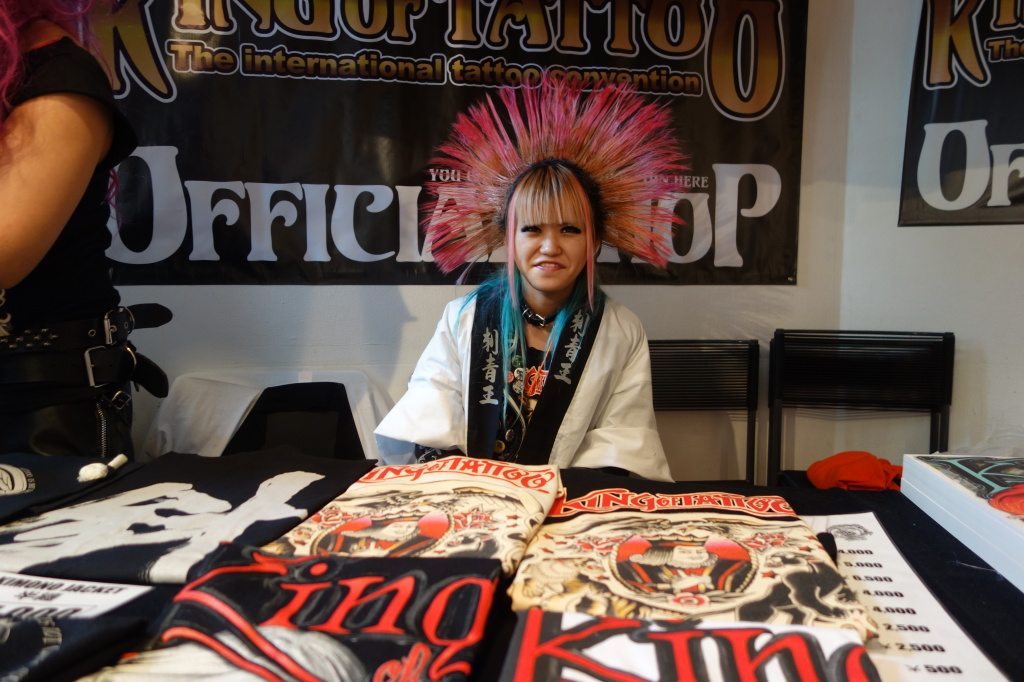 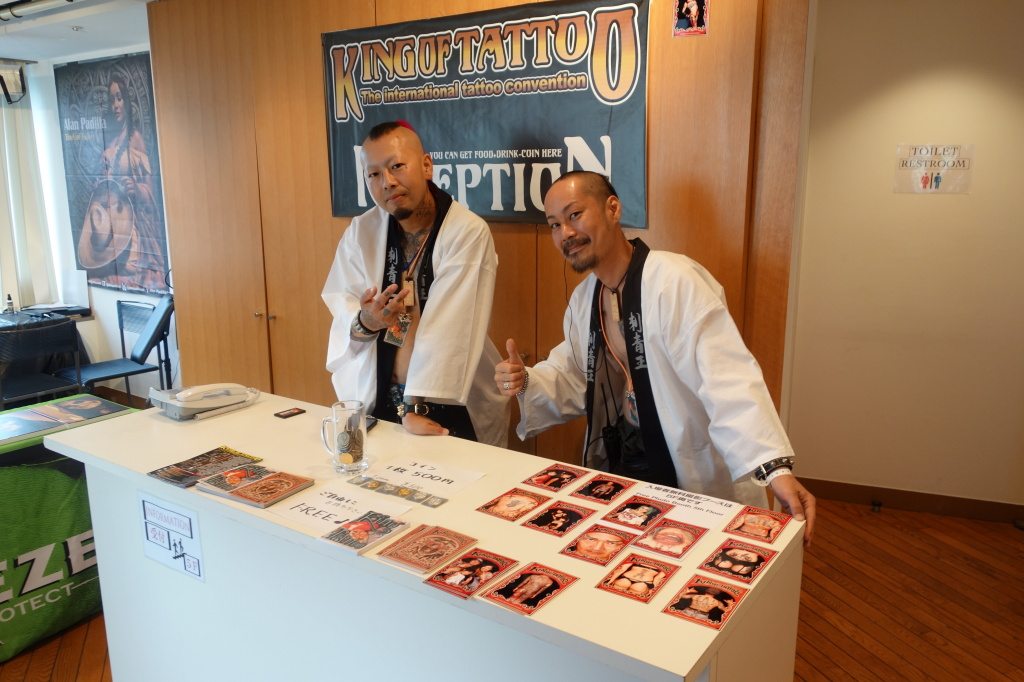 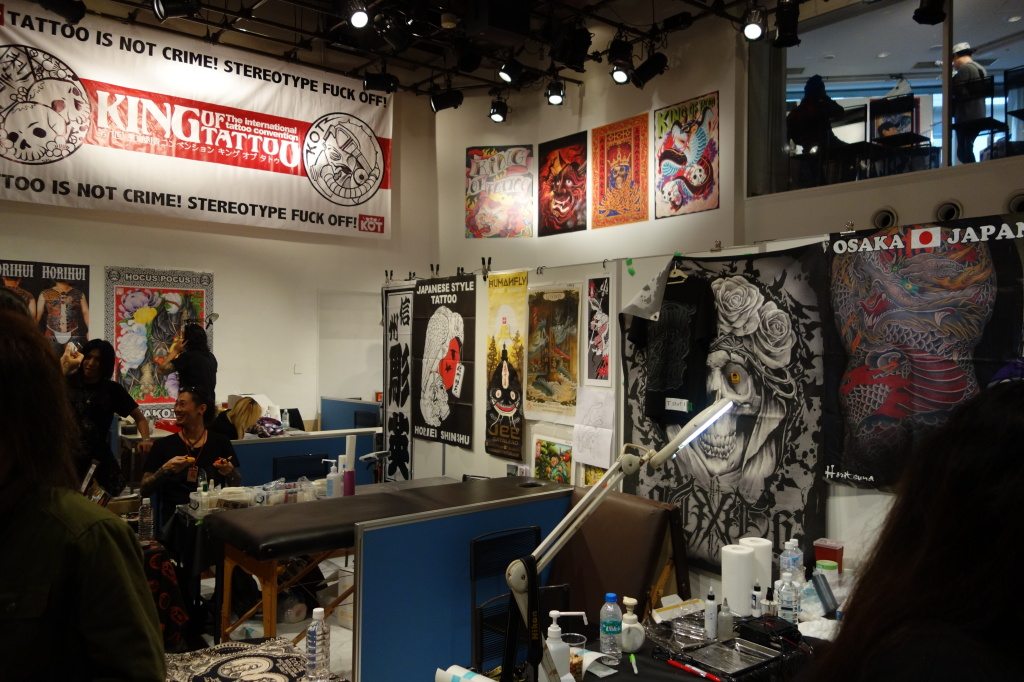 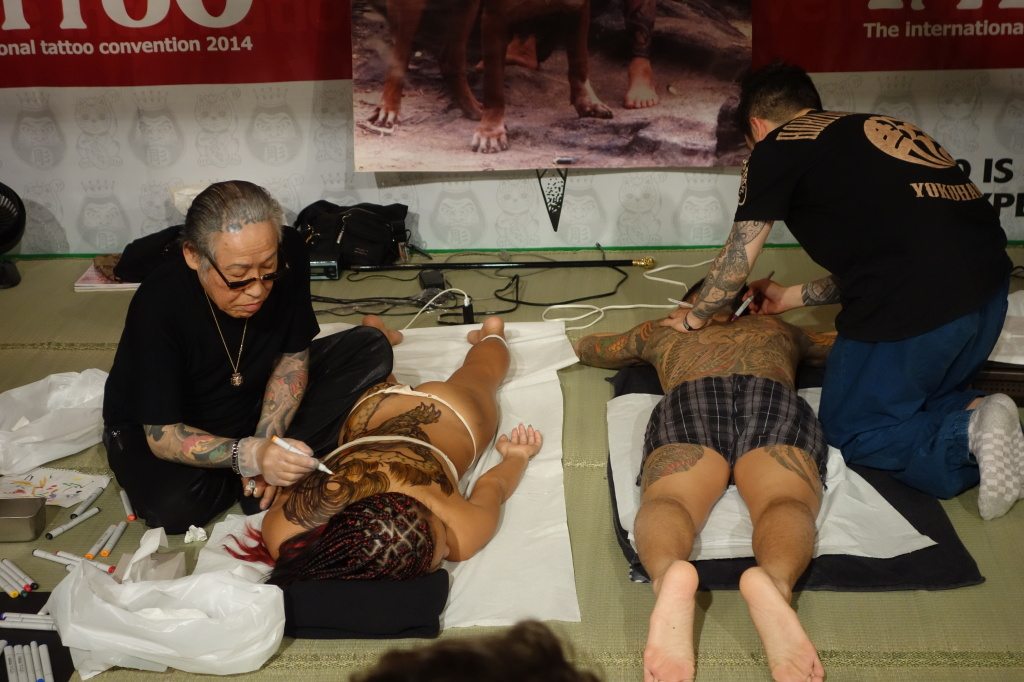 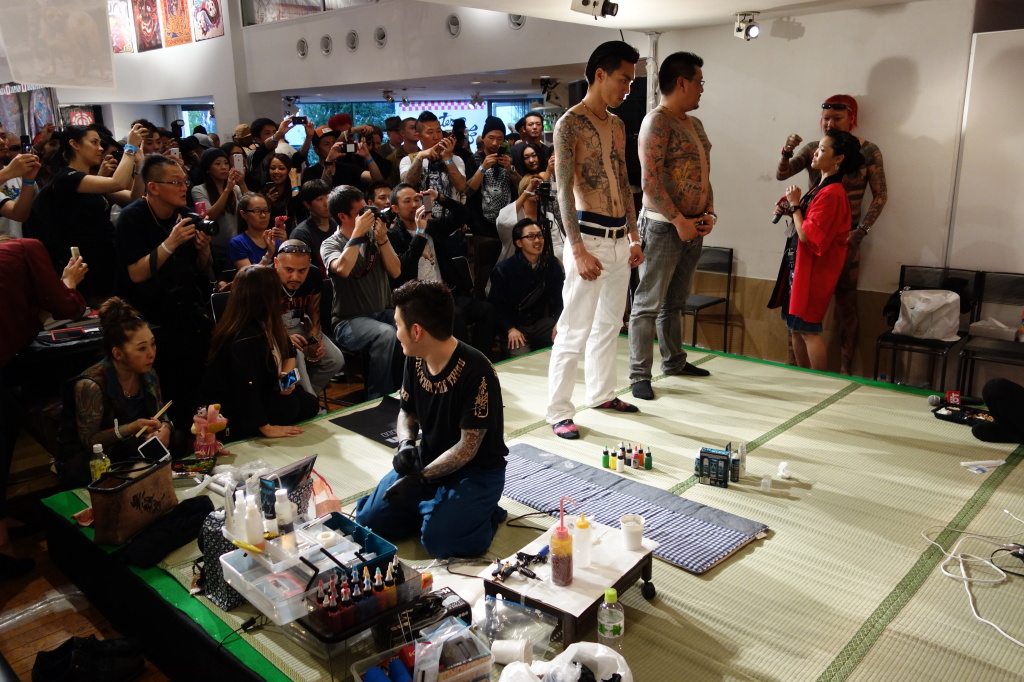 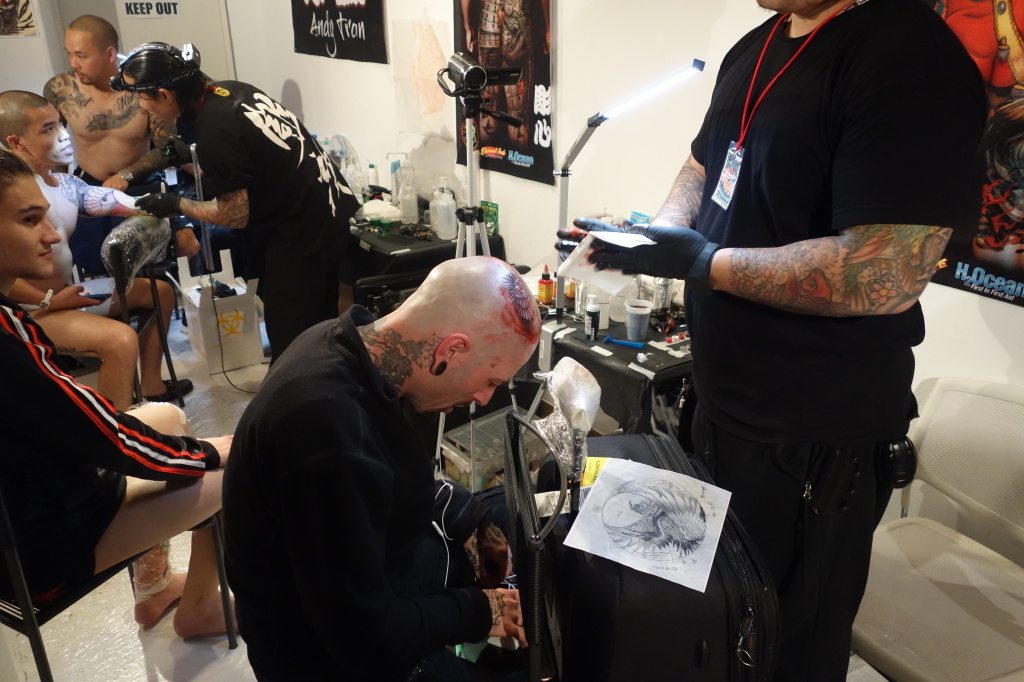 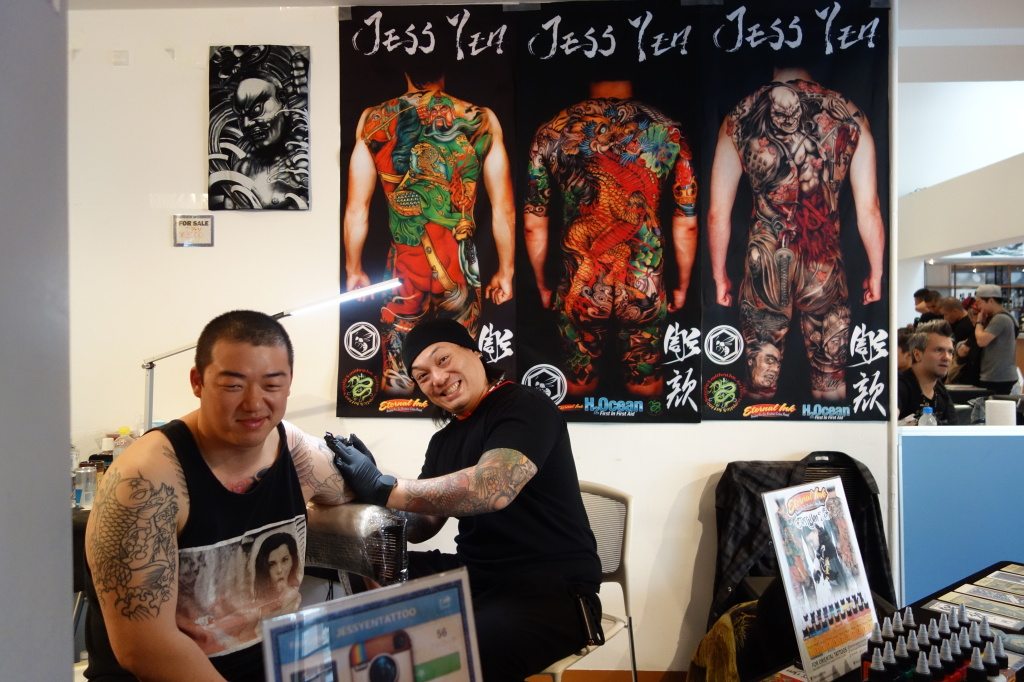 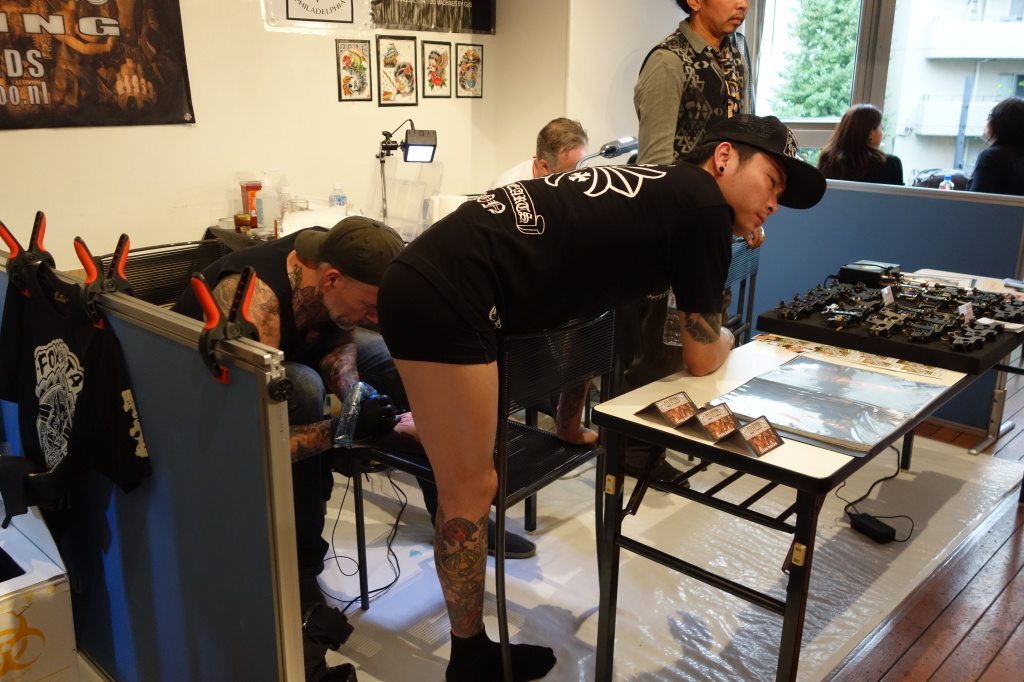 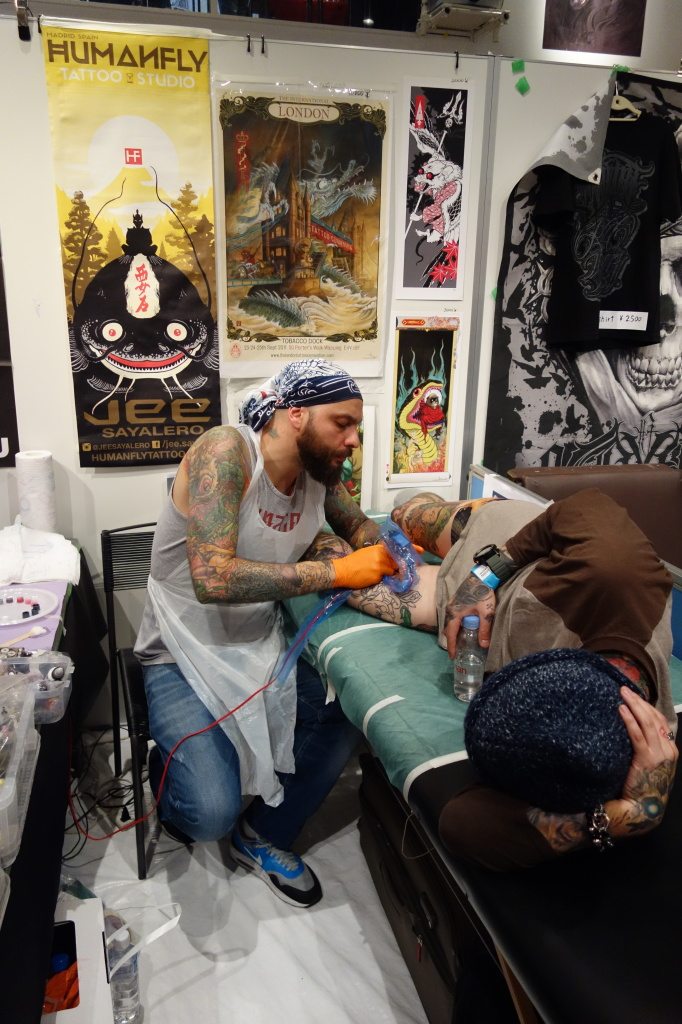 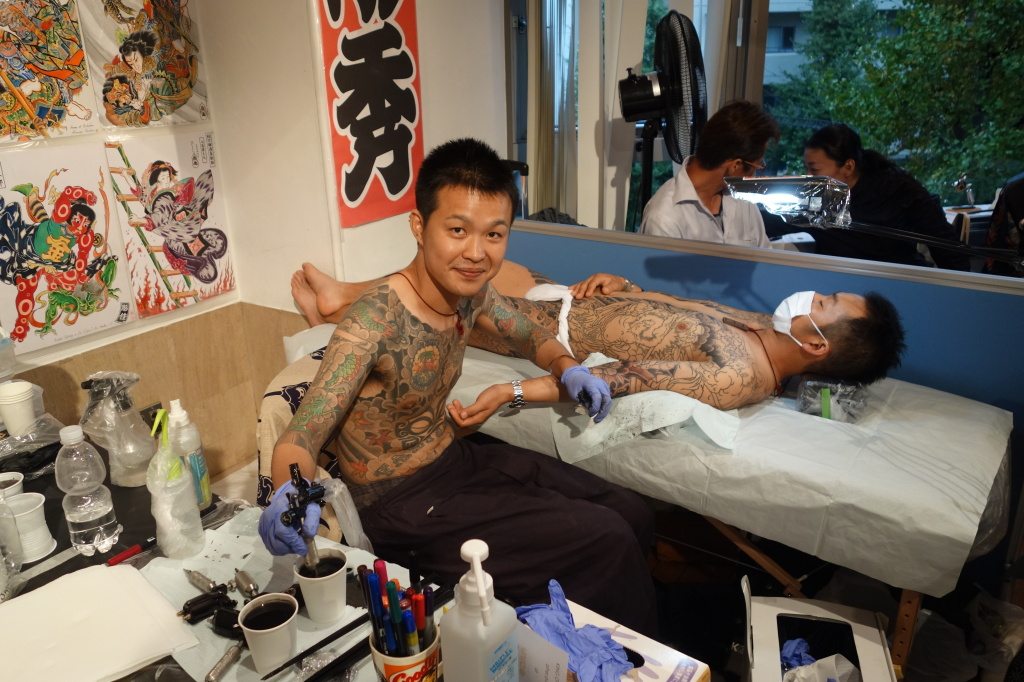 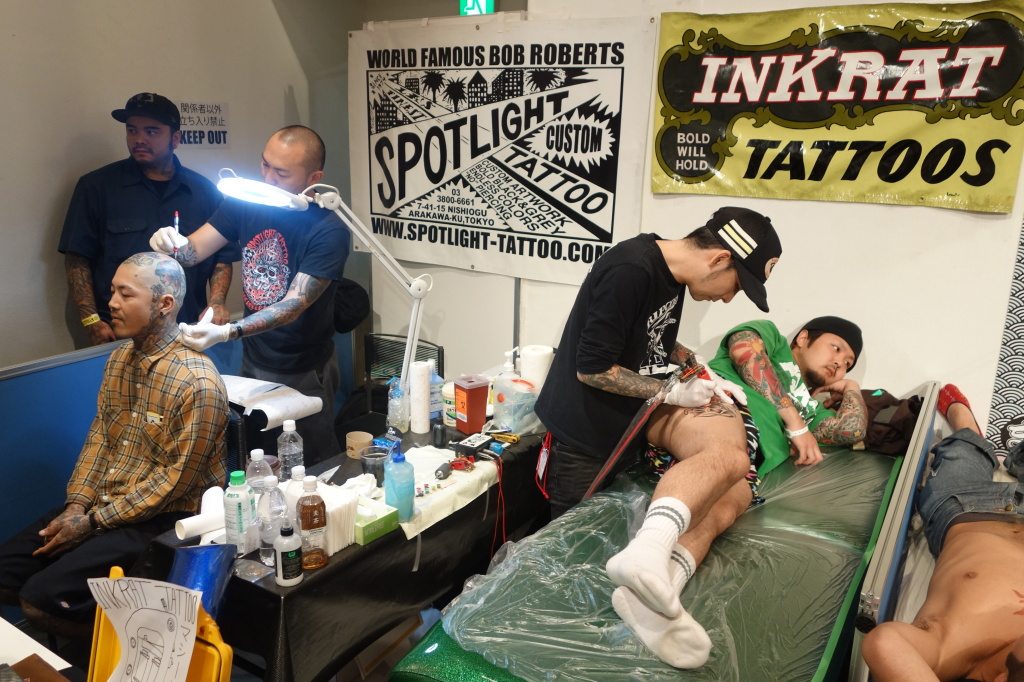 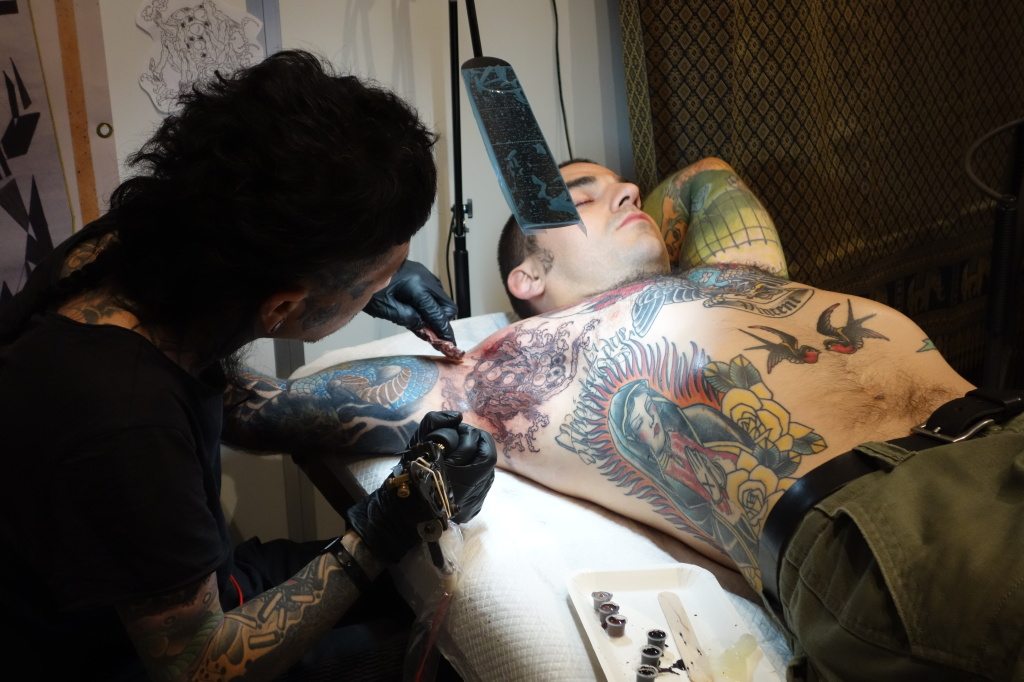 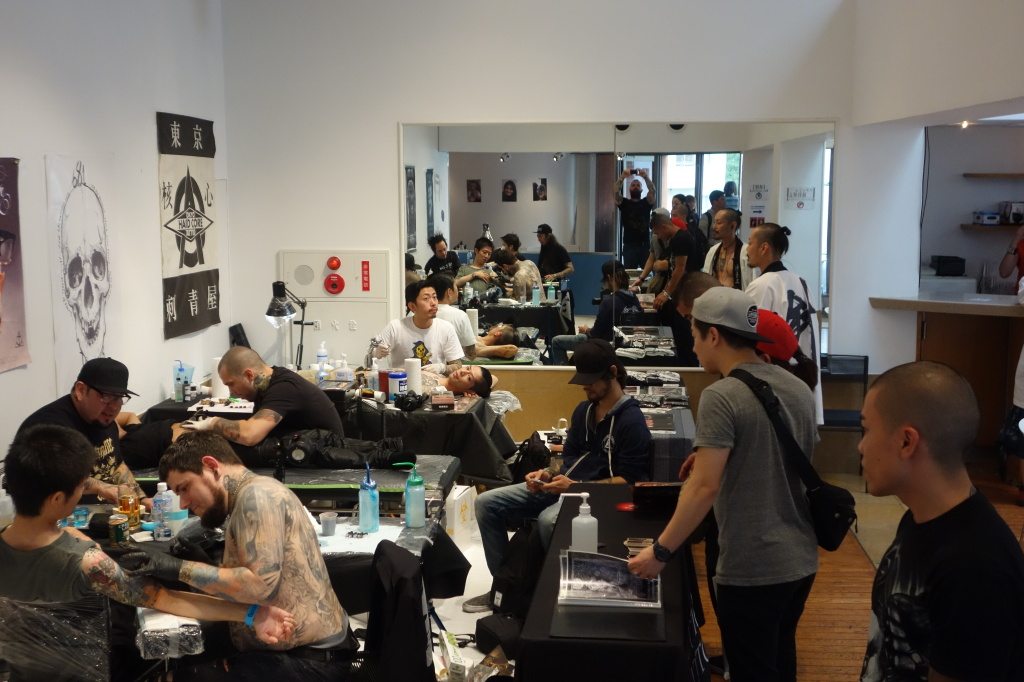 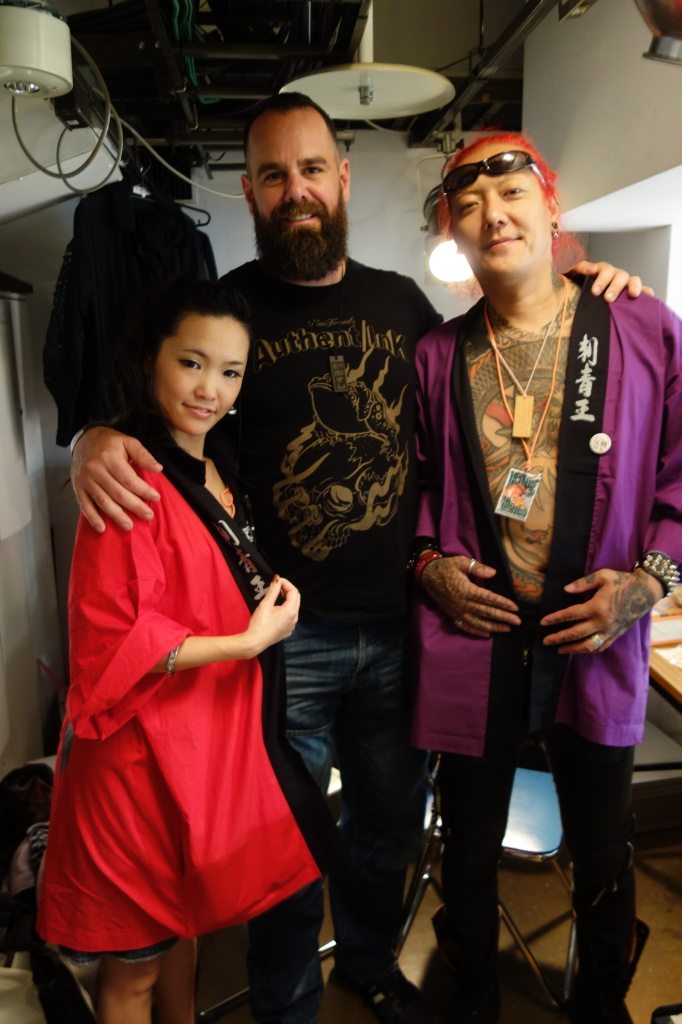 Horiyoshi III, the undisputed “King of Tattoo” took to centre stage on Day 1 of the convention, undertaking some unique body painting of Japanese mythological classics. 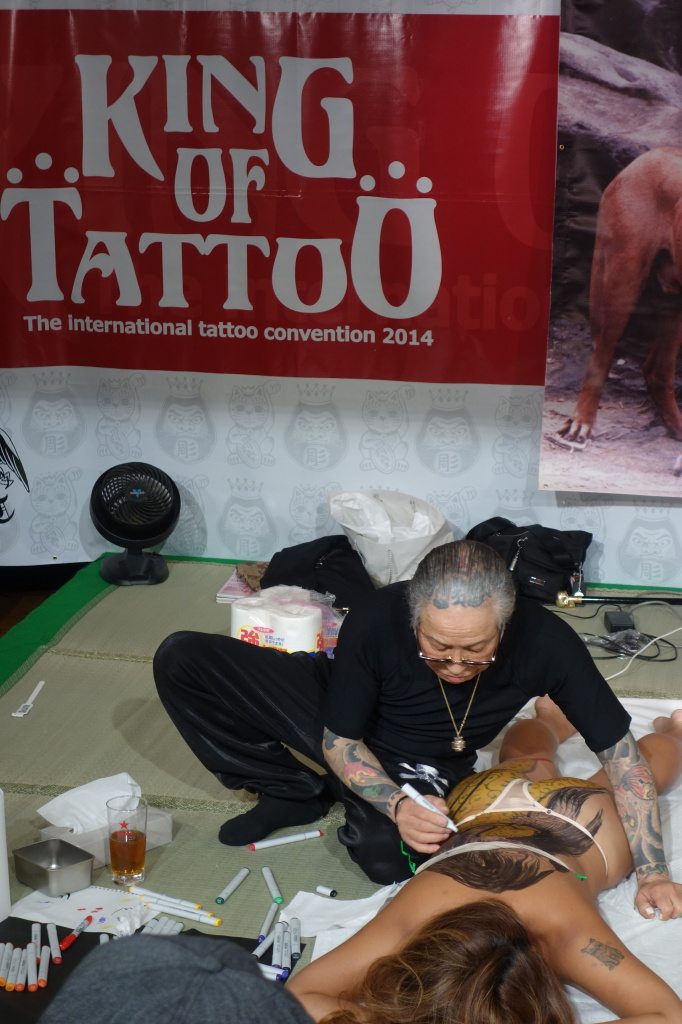 Horiyoshi 3 painting on some back pieces 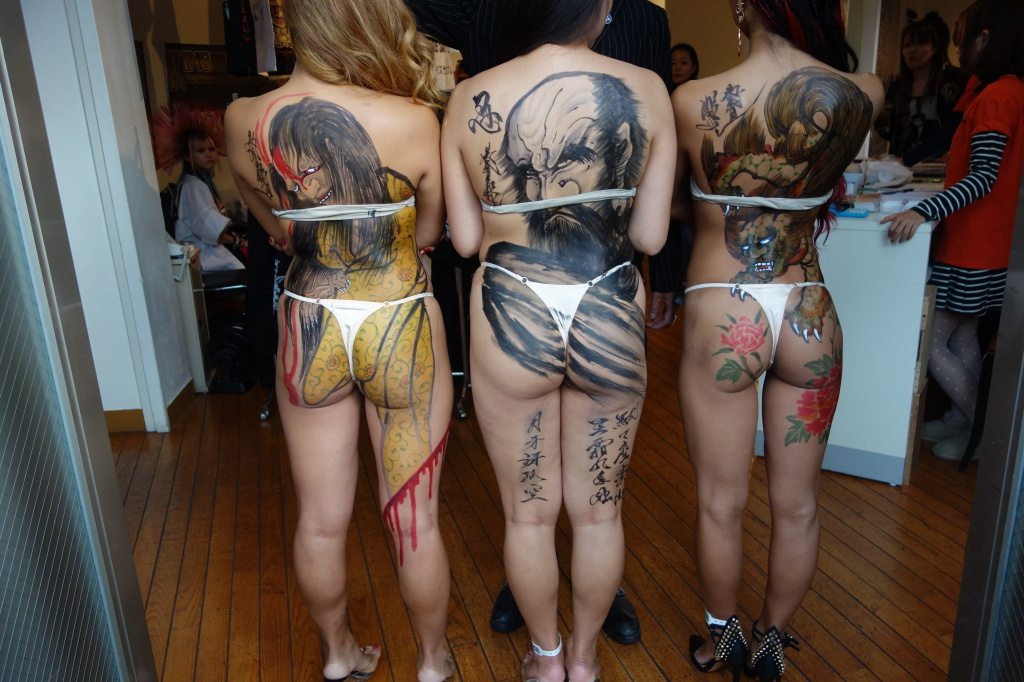 3 completed backpieces painted on at the show

A highlight of the show, Horihide visited the convention. A very humble man, he spent the time to meet and greet his fans, and sign his latest book. Horihide is an extremely famous artist and is widely credited as being the first Japanese tattoo artist after WWII to bring traditional Japanese tattooing to the United States. He visited Hawaii to meet Sailor Jerry to share the art and history of tebori, introducing Japanese tattooing into mainstream Western culture. Subsequently, he met with Ed Hardy which led to the rise of popular Japanese tattooing in the last half of the 21st century. 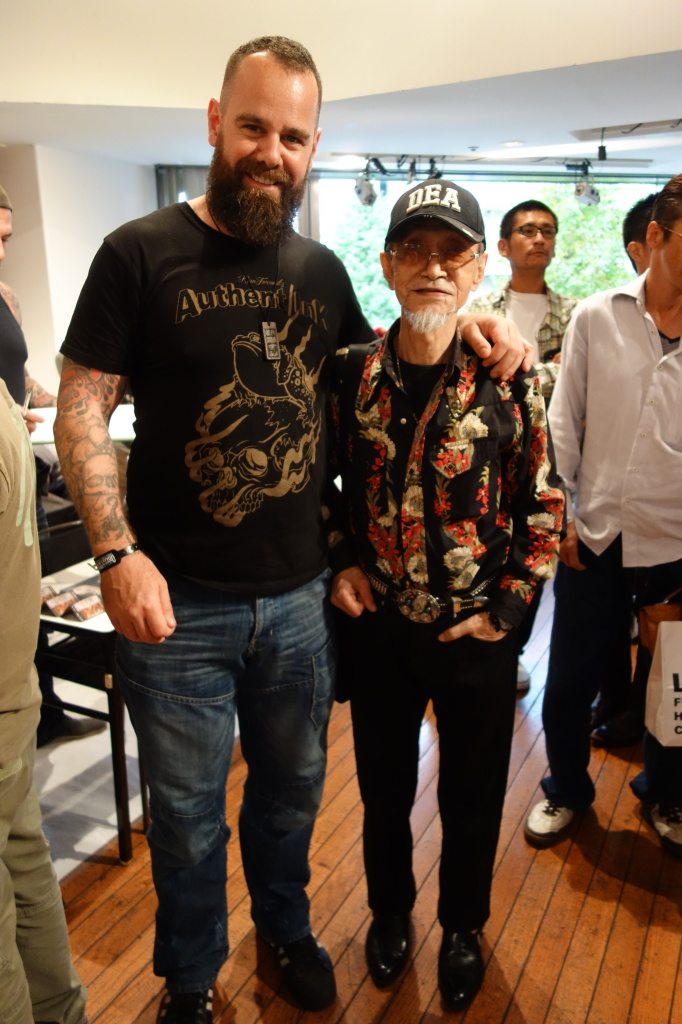 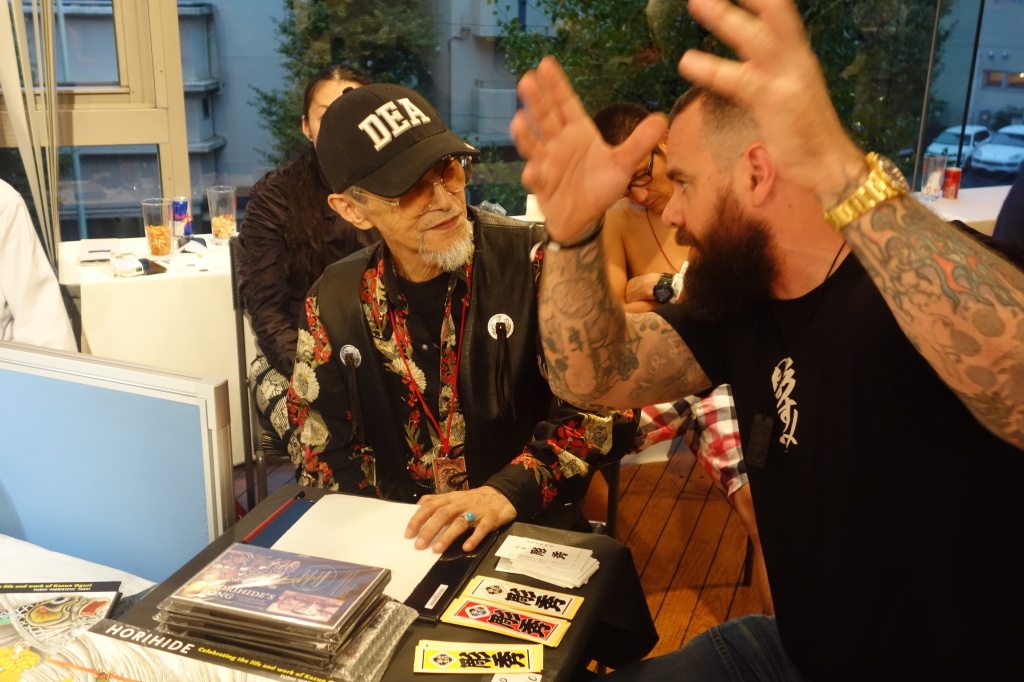 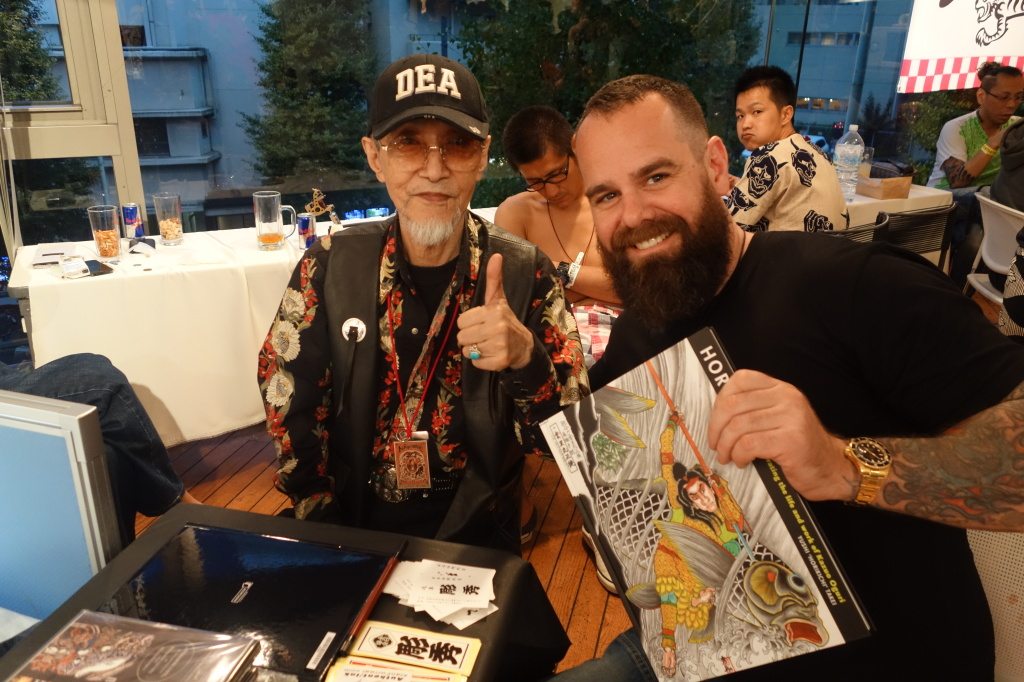 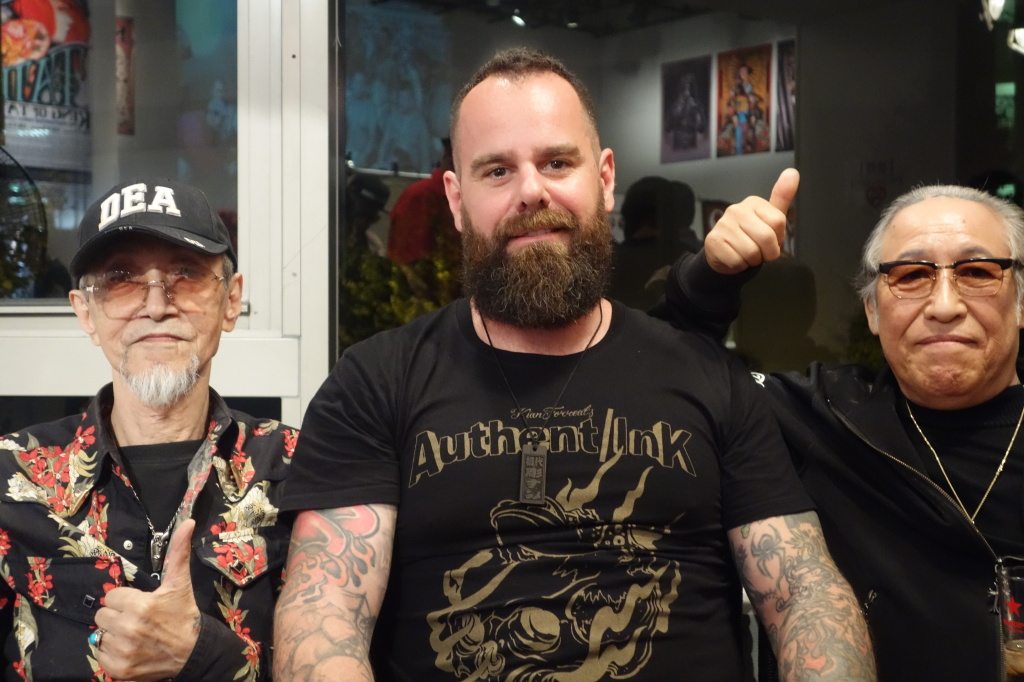 Click here to jump to Part 2 of the Tokyo Tattoo Convention coverage to see all the entrants of the Tattoo Contest and the winners from each category!