A Mandala is a spiritual and ritual symbol in Indian religions, representing the universe. The basic form of most mandalas is a square with four gates containing a circle with a center point.

In various spiritual traditions, mandalas may be utilised for focusing attention of practitioners, as a spiritual guidance tool, for establishing a sacred space, and as an aid to meditation.

In common use, mandalas have become a generic term for any diagram, chart or geometric pattern that represents the cosmos metaphysically or symbolically; a microcosm of the universe.

The mandala, while in design is dominated by squares or triangles, has a concentric structure and actually translates to “circle” in Sanskrit.  These symbols offer visual elements that balance and represent harmony and unity. The mandala is extremely versatile and can carry a number of meanings that are limited only by the creator and the observer. The overall goal of a mandala is to be a tool on one’s spiritual journey, making it a favoured subject for tattoos.

The mandala’s design is meant to be not only appealing visually, but to absorb the mind in a way that silences chattering thoughts and allows the observer to gain a higher level of awareness. Mandalas are designed from the center outwards, which tends to give them a floral appearance. Because flowers are typically circular in nature, circles and flowers can be combined to create a tattoo that is symbolic of femininity, eternity and balance.

Mandala artwork is a large part of Buddhist and Hindu religions. These designs are often depicted in sand art. Due to their geometric nature, tattoos containing mandalas look best on a flatter section of the body, such as the chest or back, but can certainly be adapted for almost any part of the body.

Each person who observes a mandala will have a different experience, but meditating on this symbol is said to make the observer relaxed and gives them a resolution or clarity on their intention. Mandalas have been used in almost every religion. They may be given a different name and meaning, but the basic definition remains- that they are circular, spiritual works of art. Due to this, mandala tattoos are a great choice for someone who lives a deep, spiritual life.

Seth is the “go-to” guy in Australia for mandala tattoos there is no doubt about it. Whether you are after a straight forward one shot mandala to stand alone on your body, or a full geometric sleeve or bak piece, Seth can work wonders with this geometric style of tattooing. See below for some of his most recent works of art! 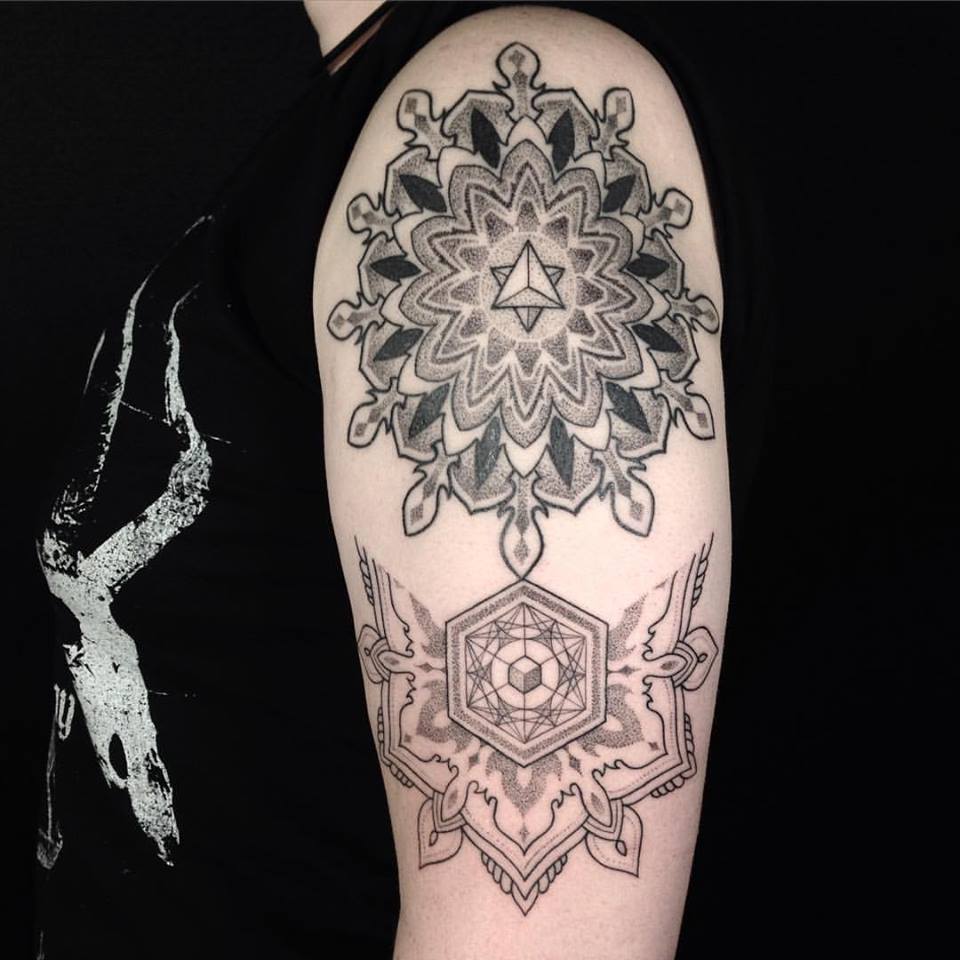 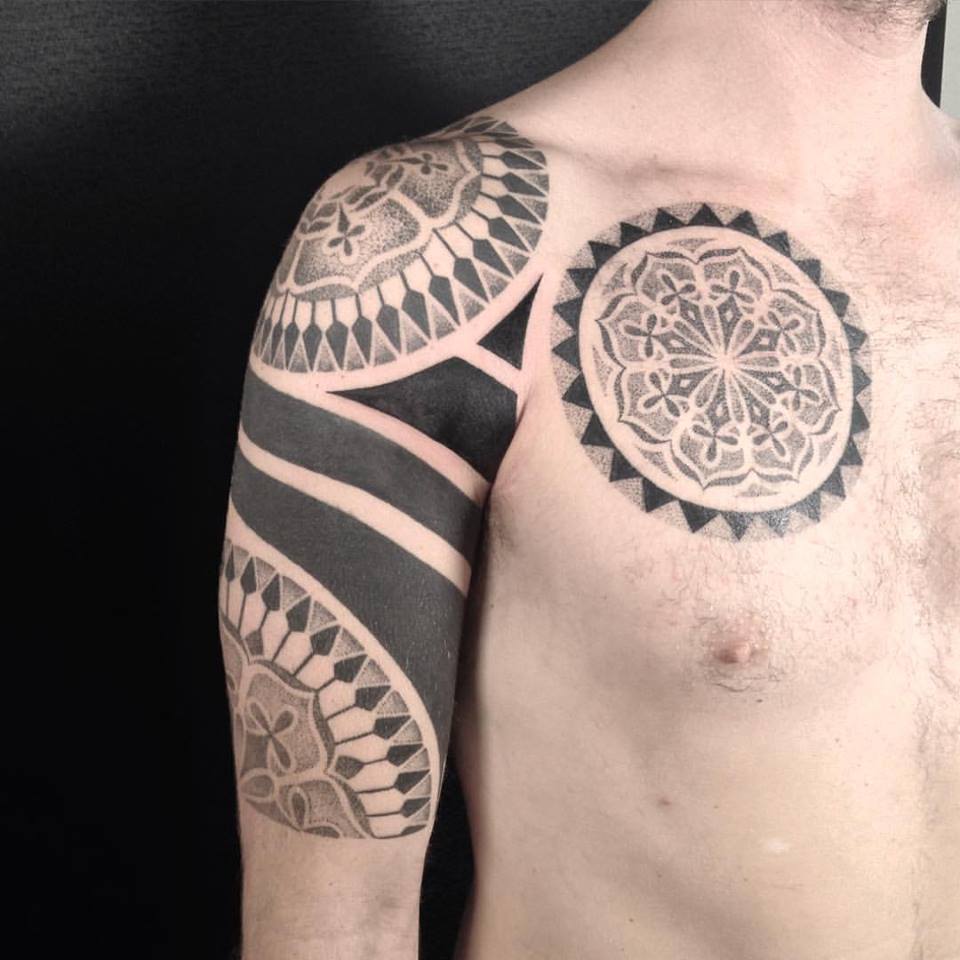 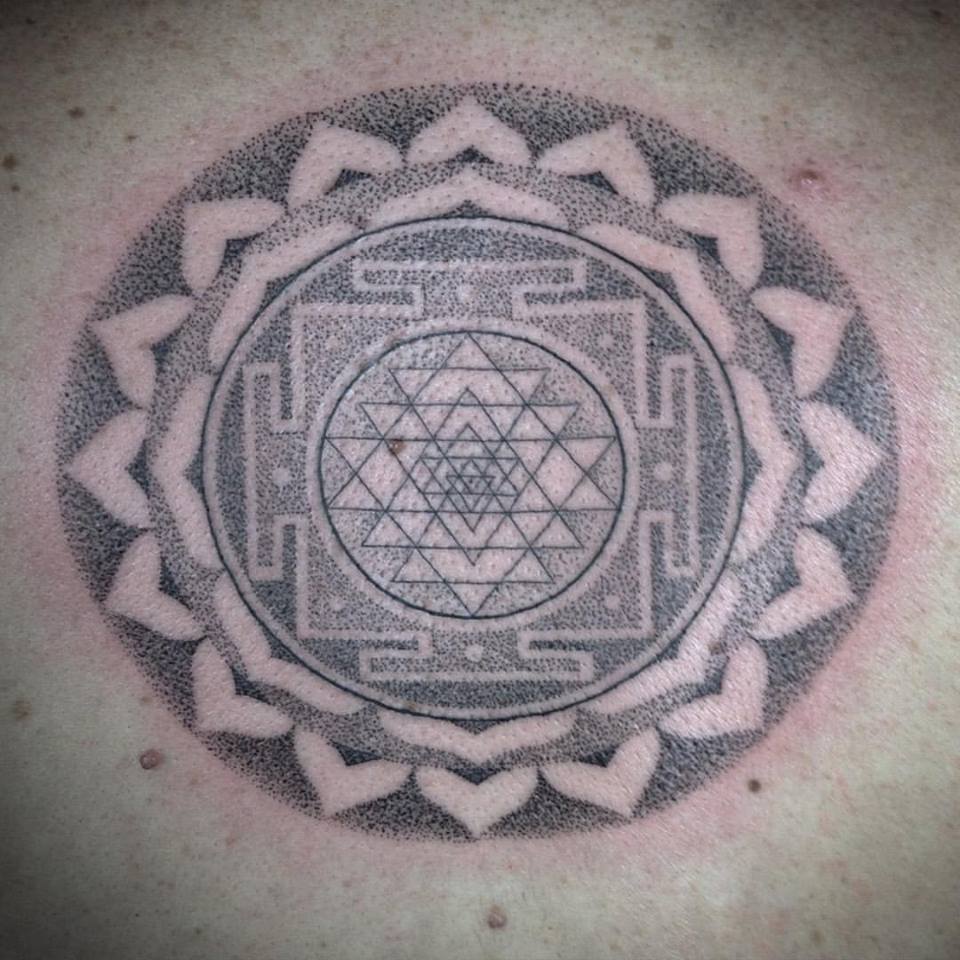 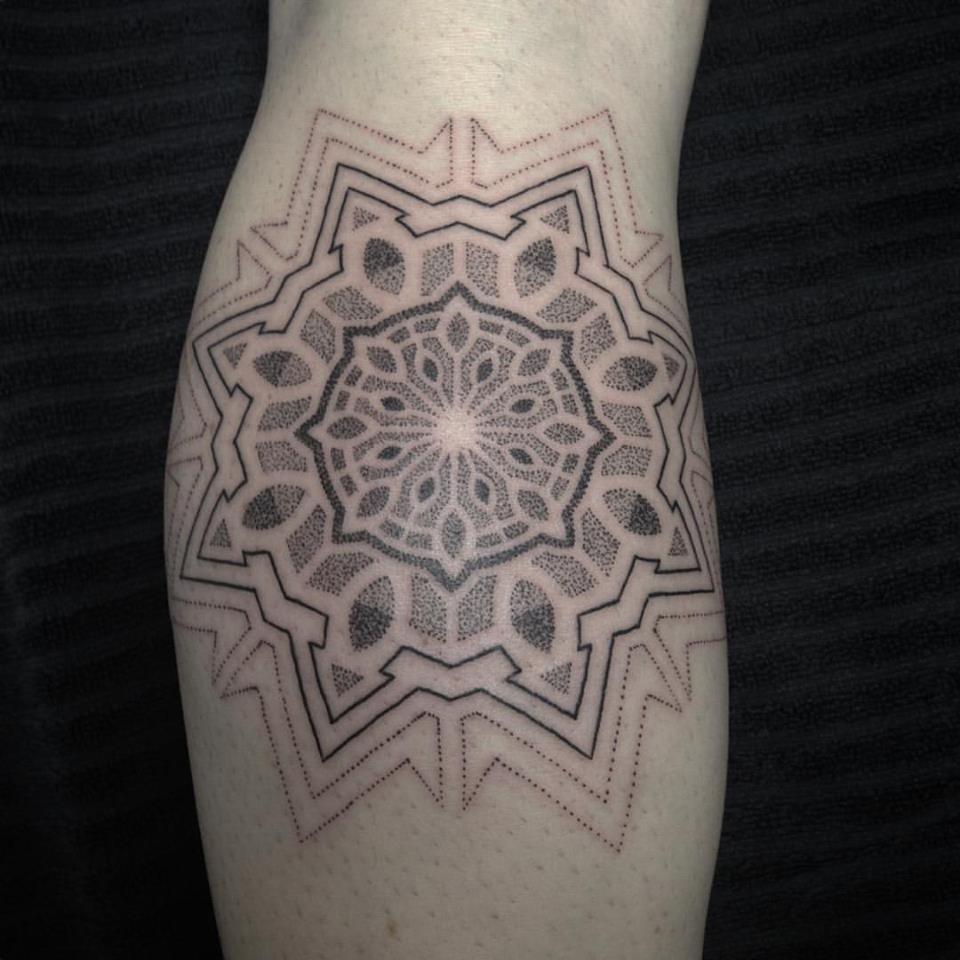 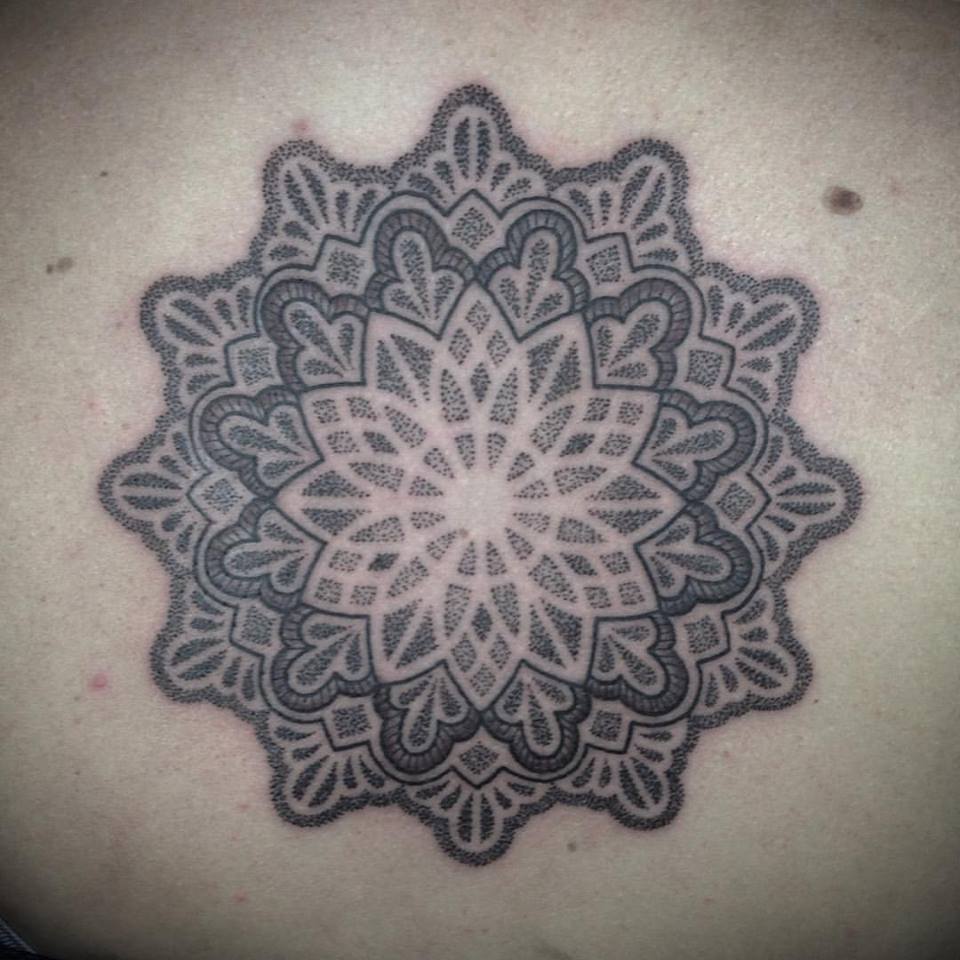 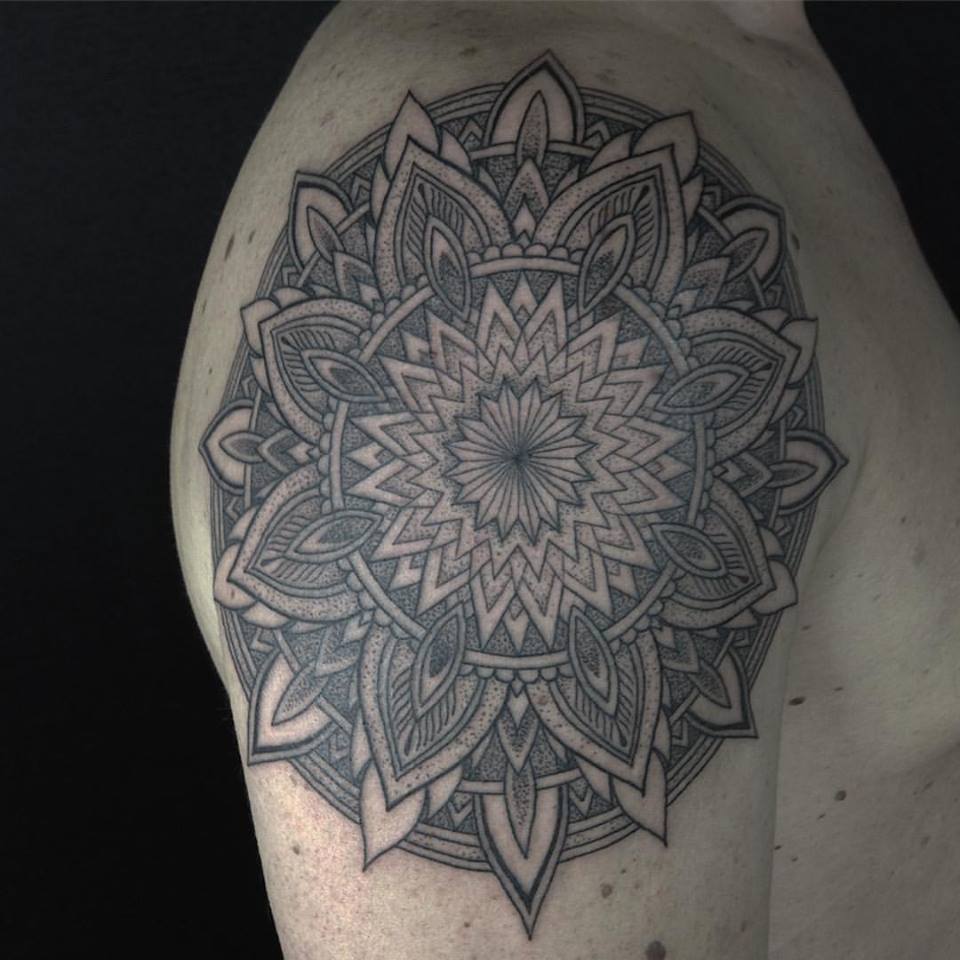 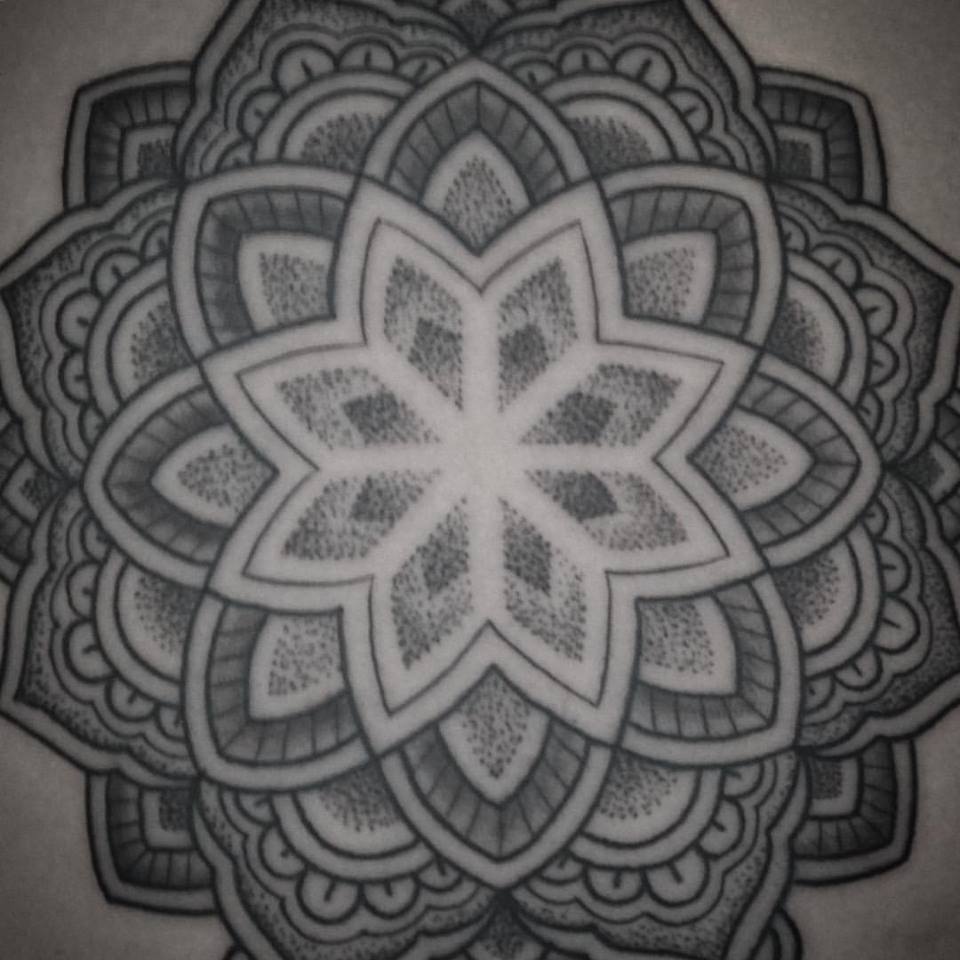 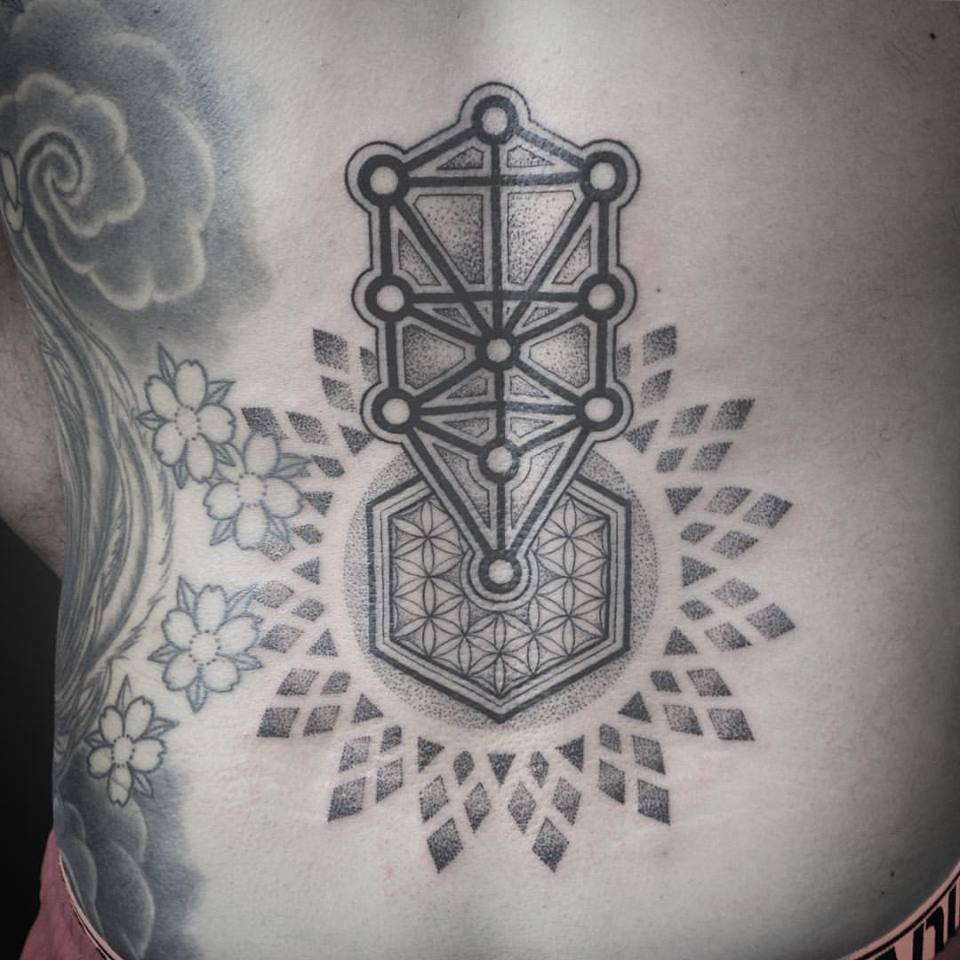 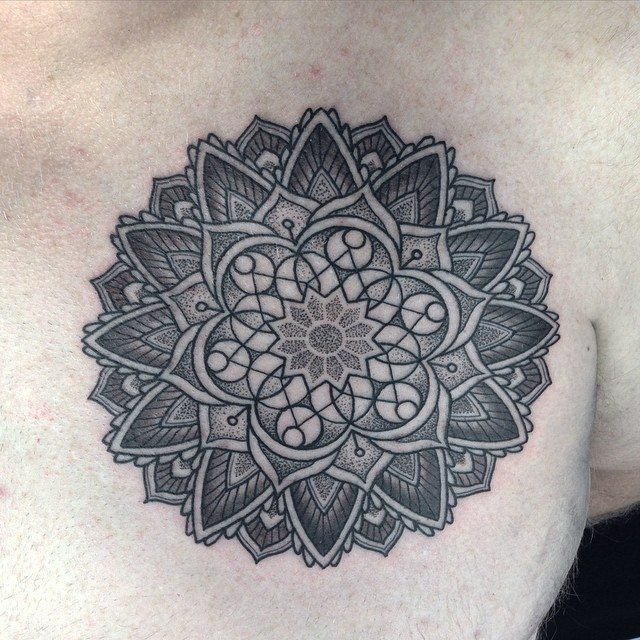 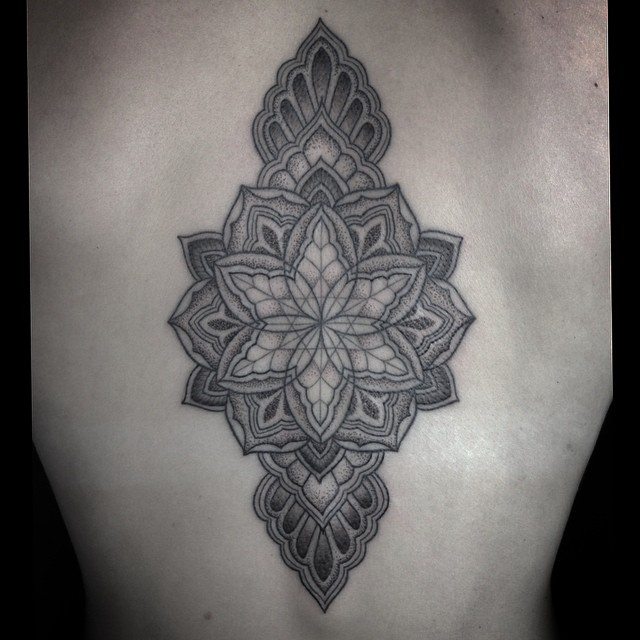 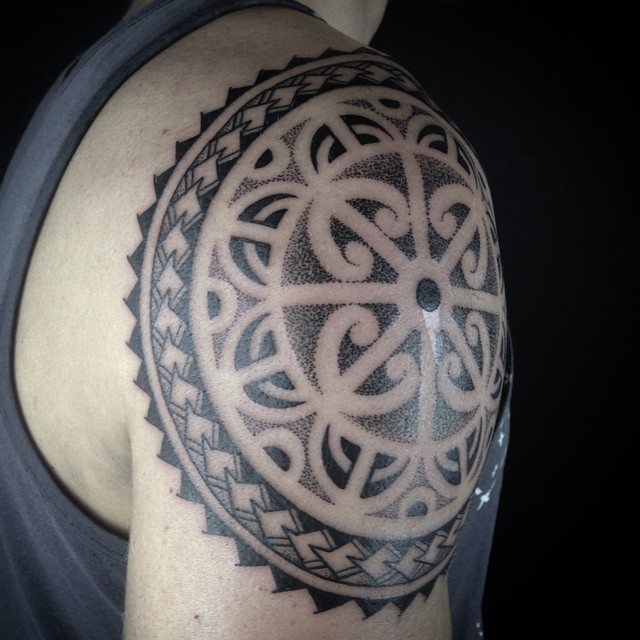 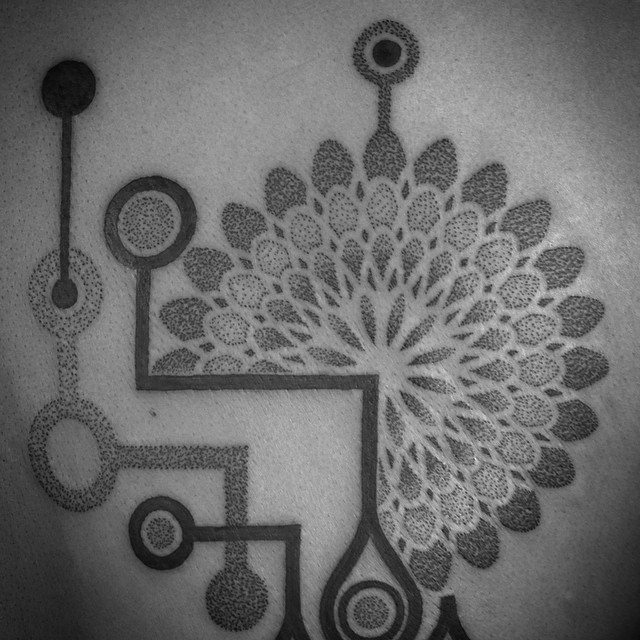 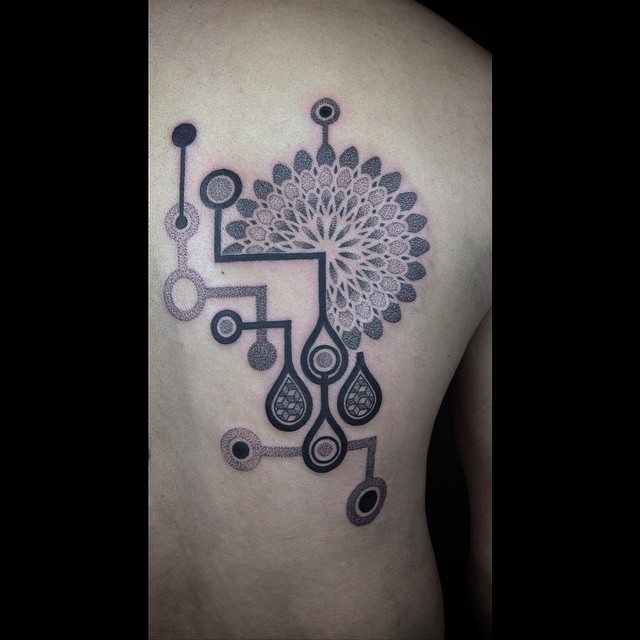 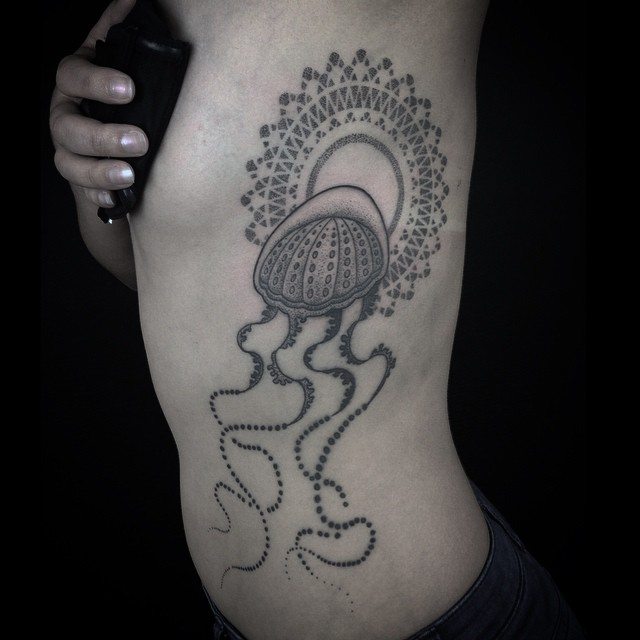 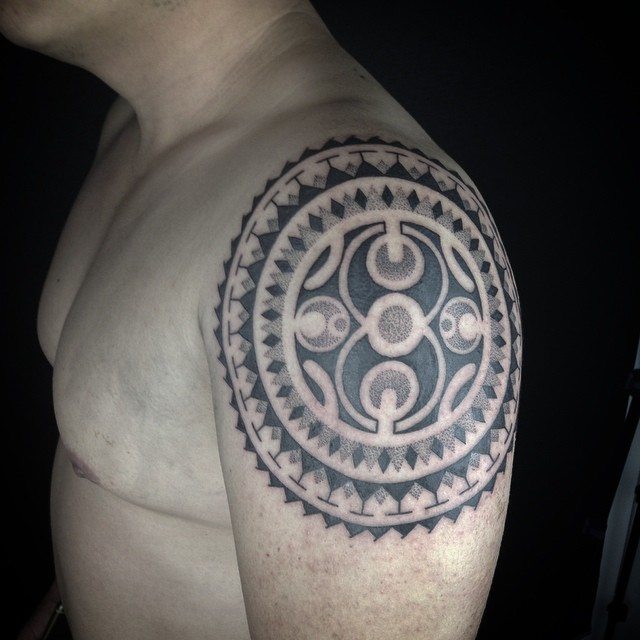 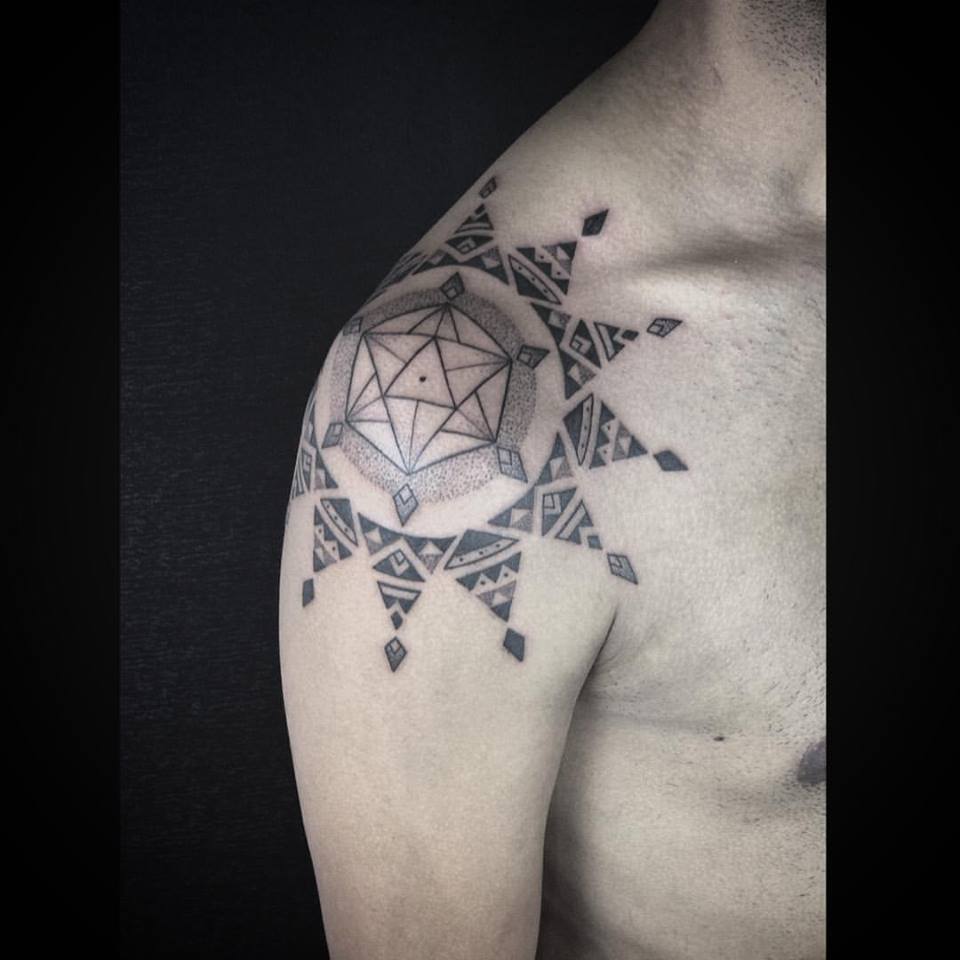 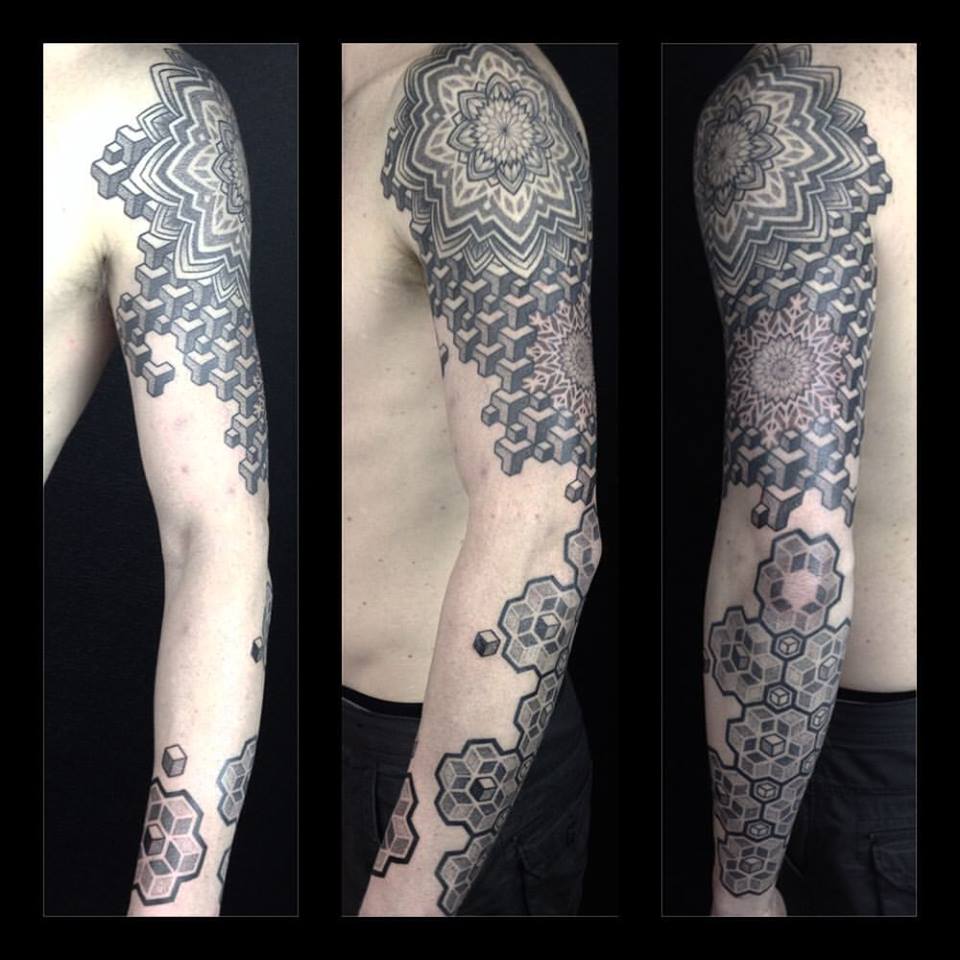 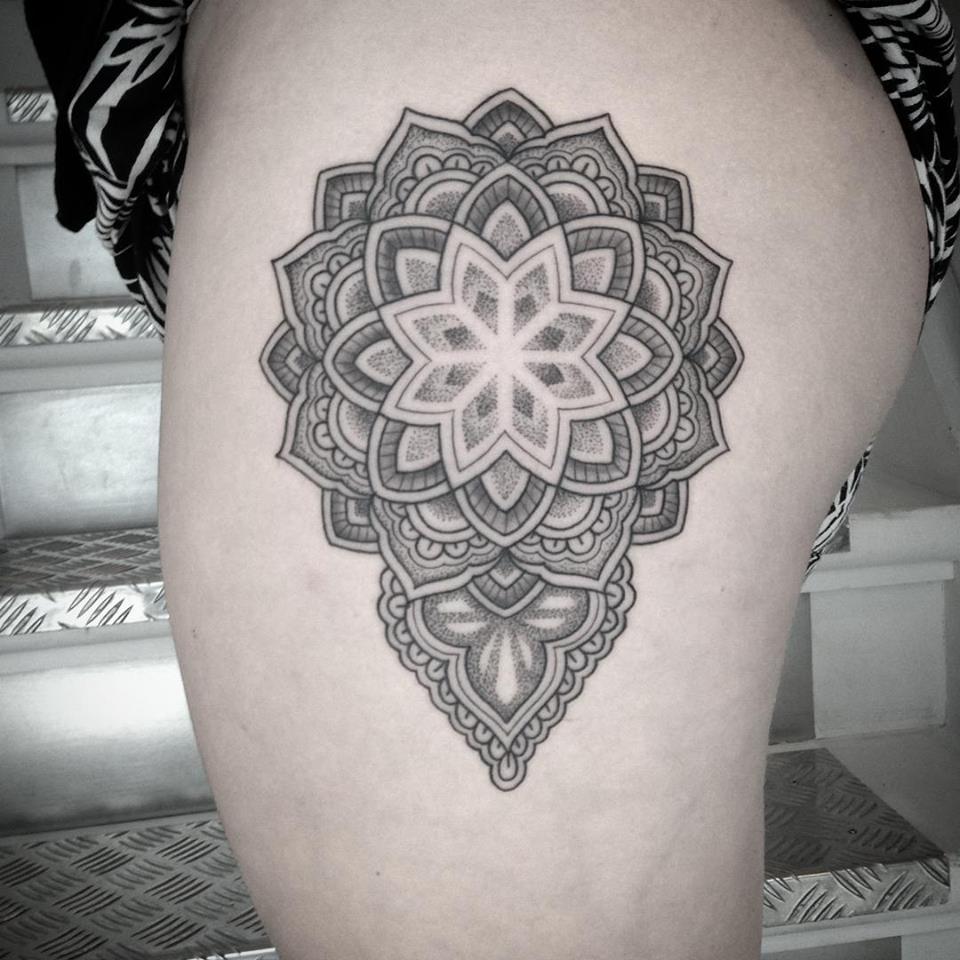 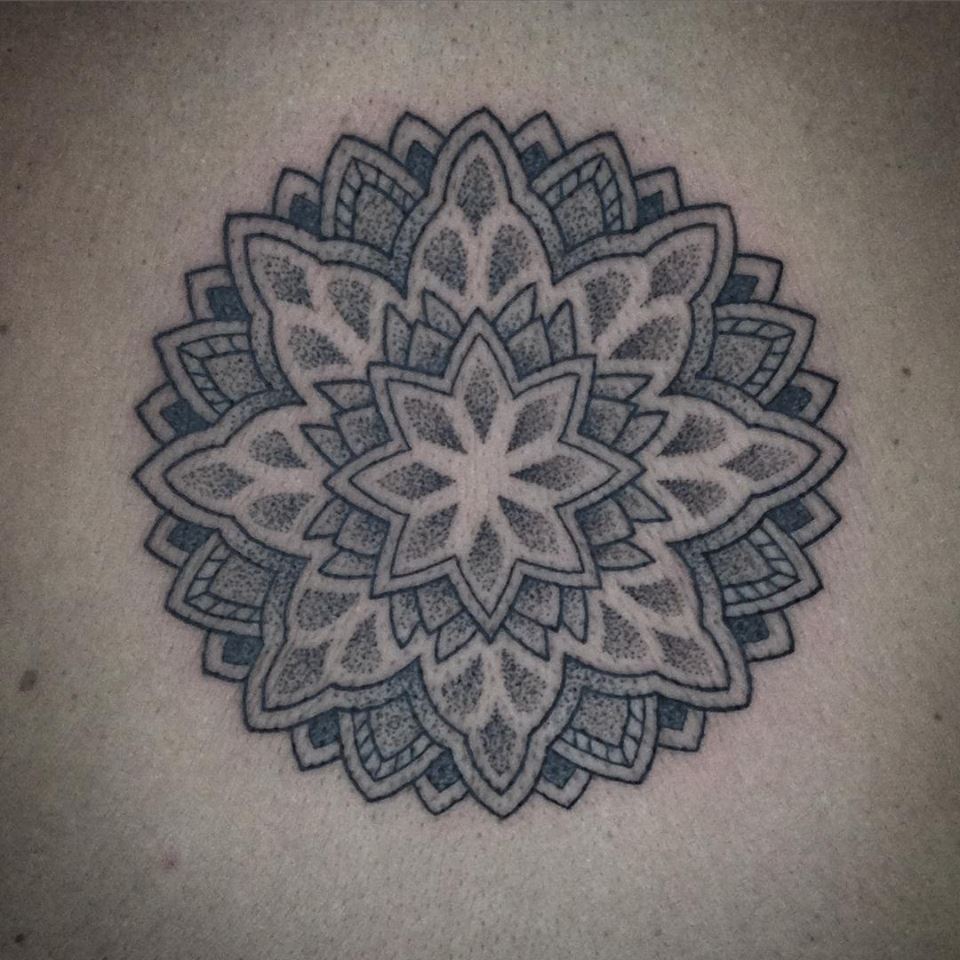 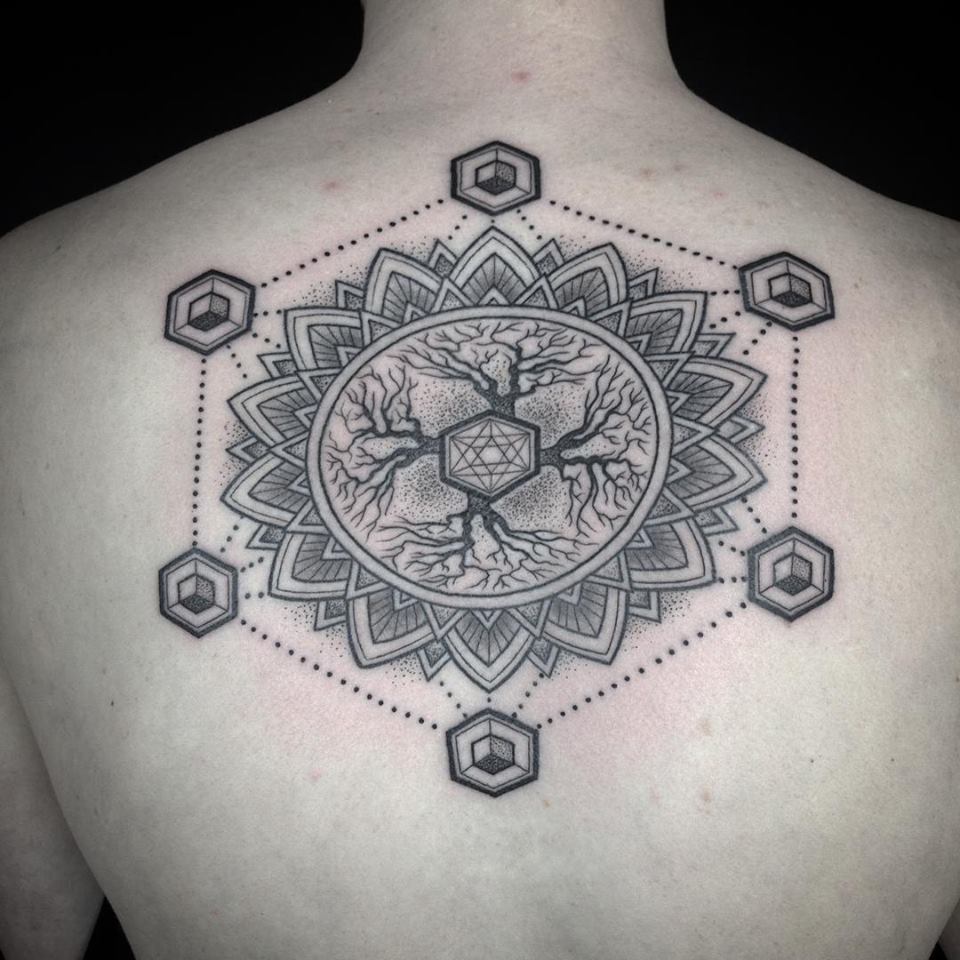 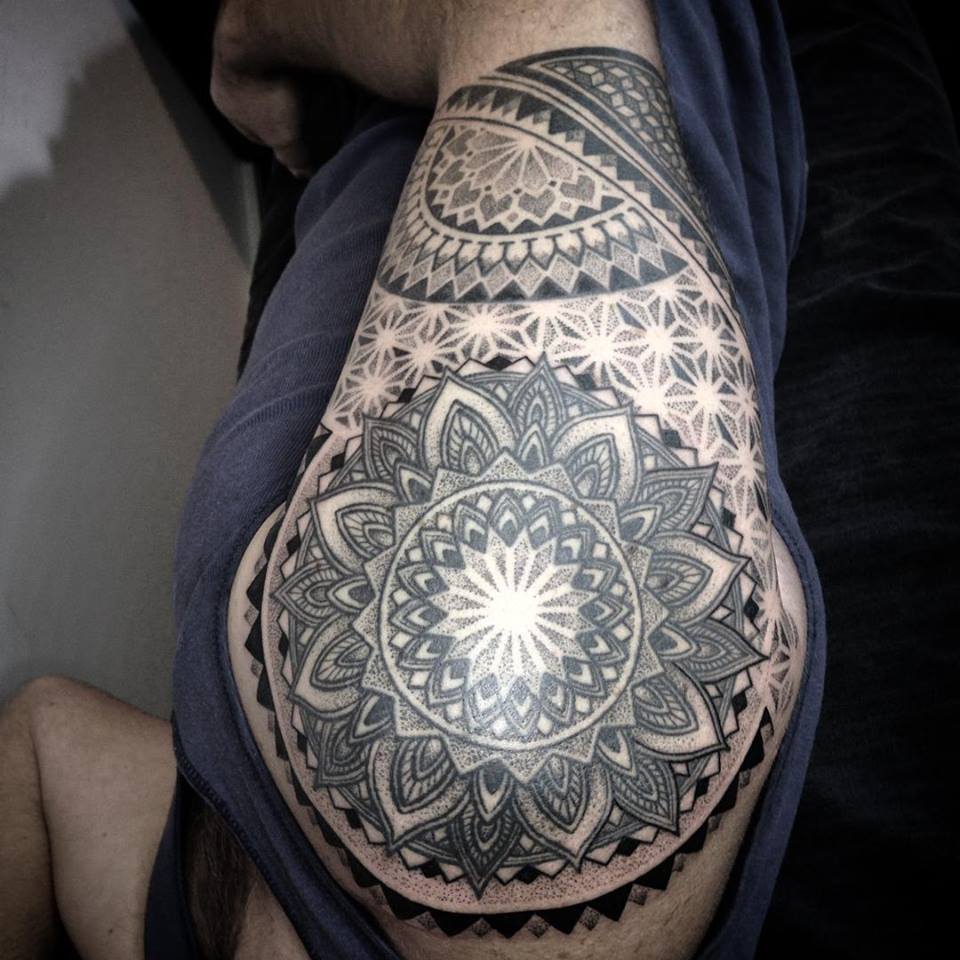 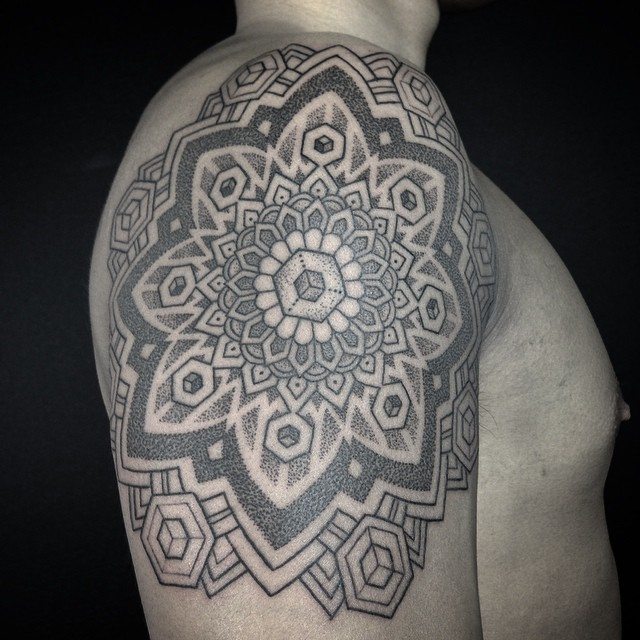