Meaning of the Tiger - Authent/Ink

Meaning of the Tiger 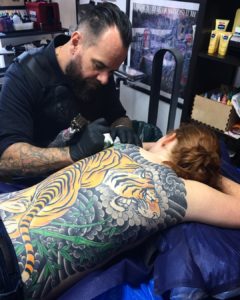 Originally from china, tigers depict the arrival of Buddhism. The tiger is noted for its strength, courage and perseverance. In Chinese folklore, the tiger and dragon are mortal enemies, stuck in a battle for eternity. As such, they are often pictured together in Chinese art and Japanese tattoos as they represent a personal battle or struggle.

The strength and virility of the tiger appealed greatly to the Japanese Samurai class and was adopted as their emblem. The tiger in art fends of demons, ill fortune and disease, hence their heavy use in tattoos.

Tigers are said to be the only animals capable of penetrating bamboo thickets so they are often seen together in art. In nature, the tiger is a top predator, however he roams alone, and so are also used to depict a free spirit, independence and loneliness. The eyes of a tiger show focus and determination. In Asian culture, it is the tiger which is considered “King of the Beasts”, not the lion.

See below some of the amazing tiger tattoos done by our artists here at Authentink Studio! 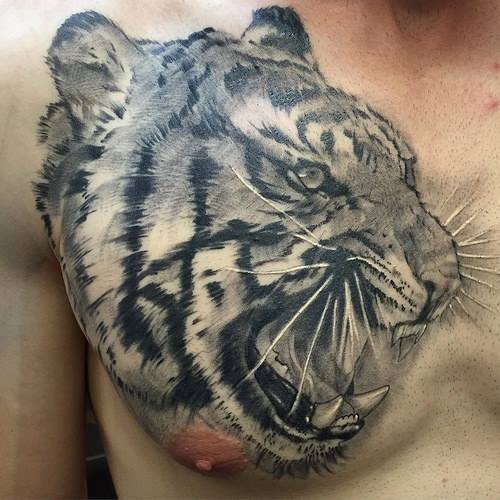 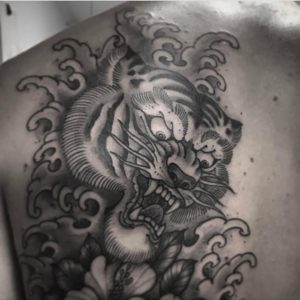 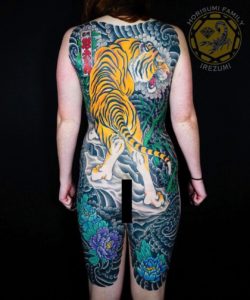 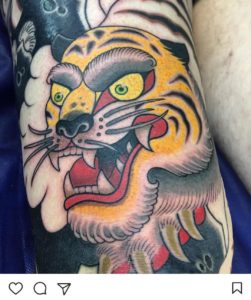 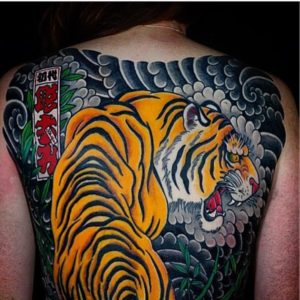 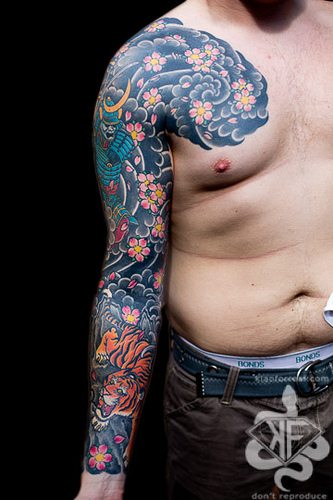 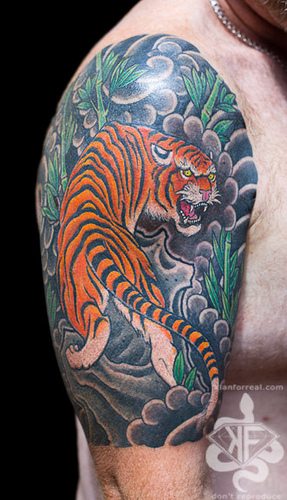 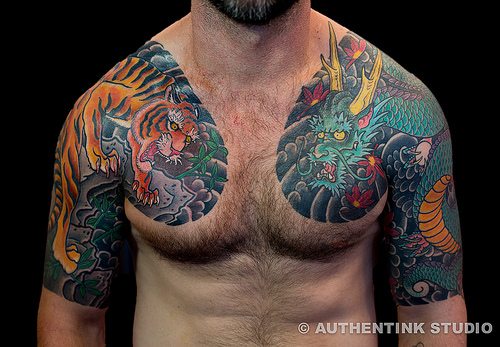 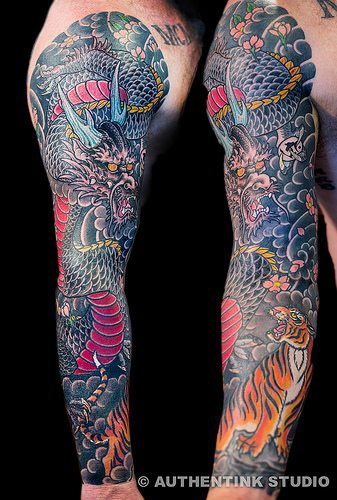 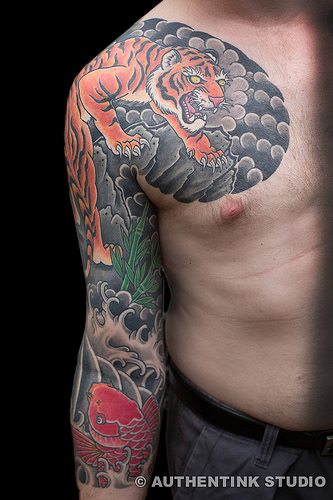 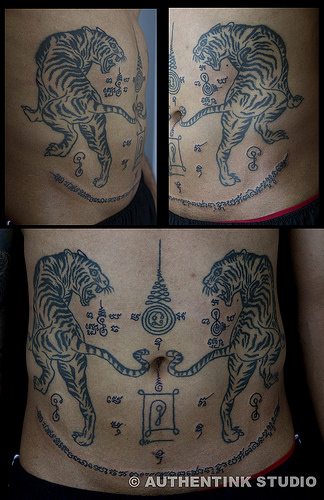 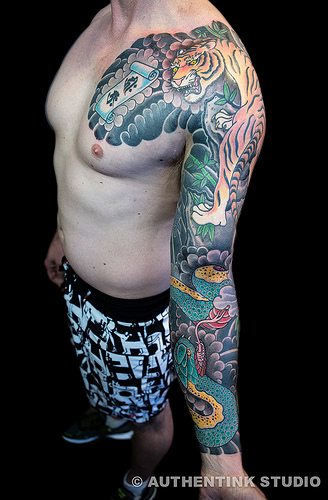 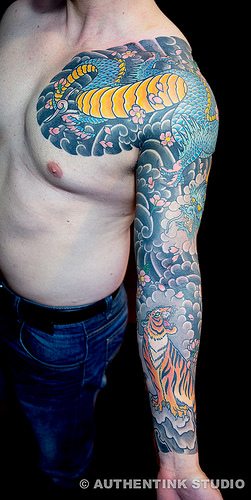 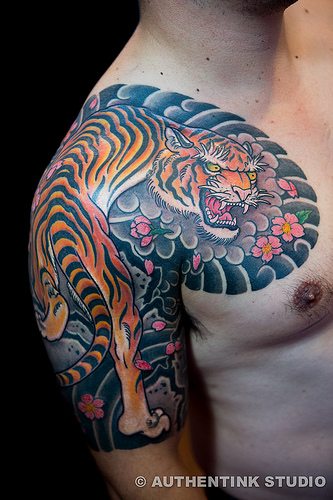 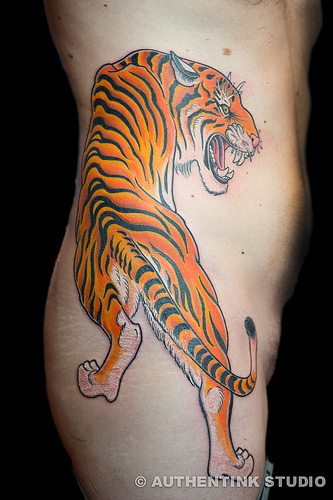 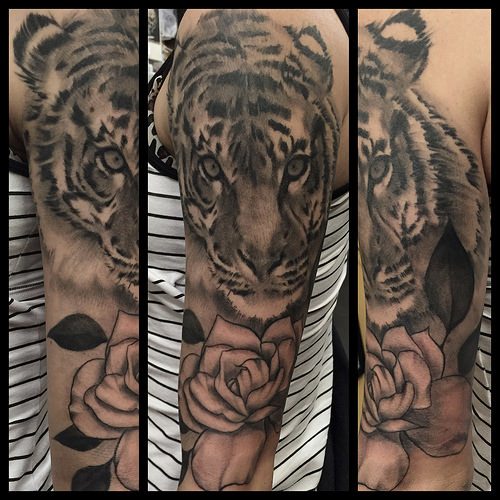 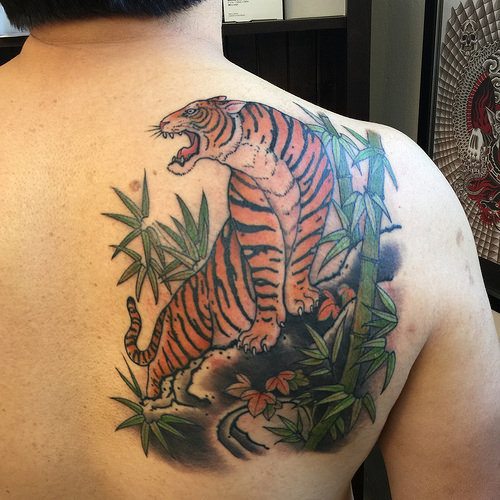 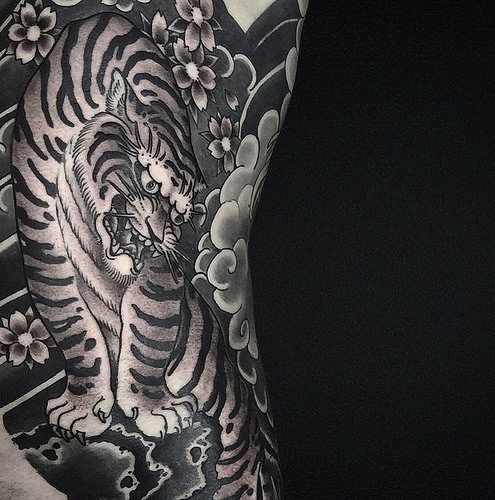 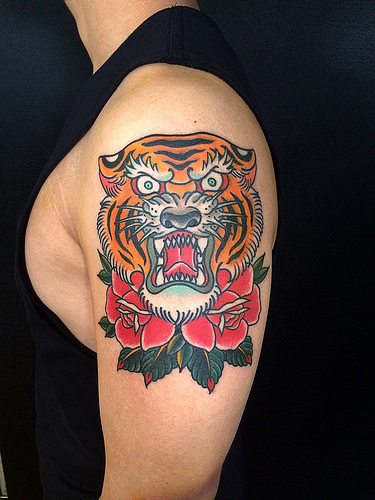 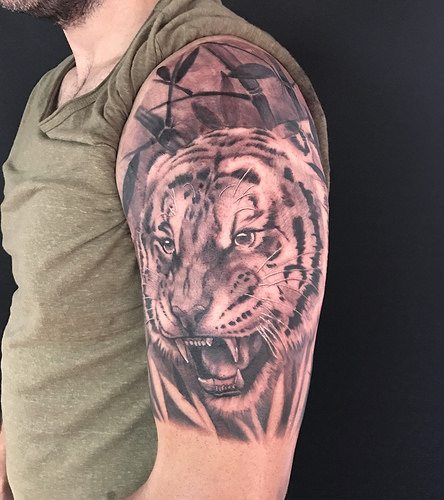 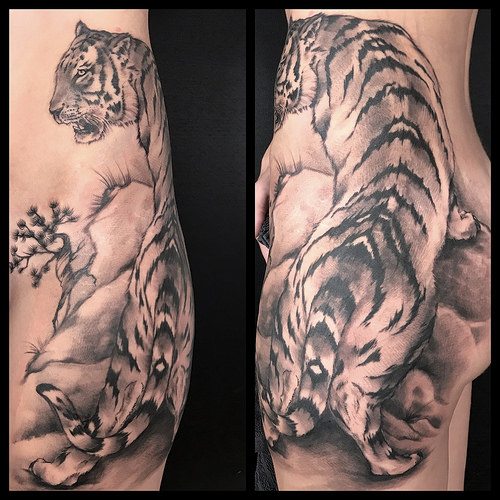 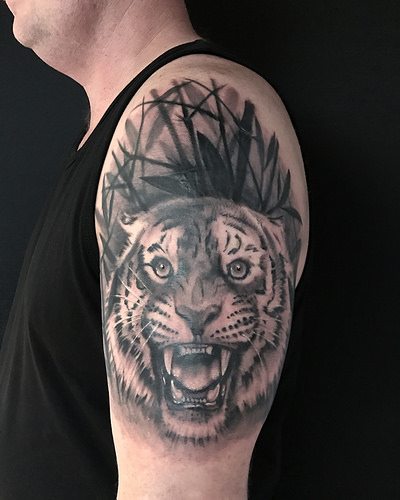