Raijin is the god of lightning, thunder and storms in Japanese mythology and is a common motif in Japanese art and tattoo culture. His name is derived from the Japanese words rai, meaning thunder and shin, meaning god. He is typically depicted as a demon looking spirit, beating drums to create thunder, usually with the tomoe symbol drawn on the drums. 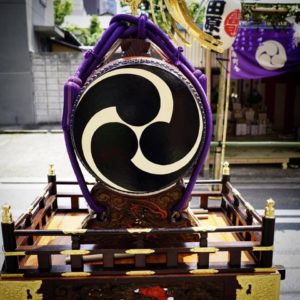 Photo taken by Kian Horisumi Forreal at the Sanja Matsuri Festival in Tokyo 2016. These drums were beat loudly during the parade through the streets by Yakuza showing off their full tattoo body suits 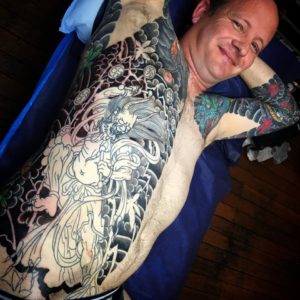 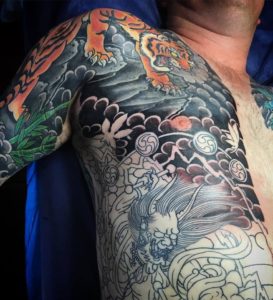 Typically, Raijin is paired with Fujin, the god of wind, as in this sleeve below 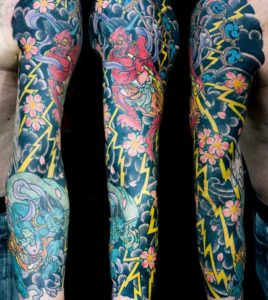