When you think of a traditional japanese tattoo sydney, we all tend to think of a mouth open fierce dragon, a peaceful koi with some splashes or a serene multicolour phoenix. But there is a wide range of lesser known Traditional Japanese Motifs, that are often overlooked by people.

With such a rich history of folklore and symbology, there are so many options to choose from when it comes to Traditional Japanese tattoo subjects.

Here are a few you could consider! 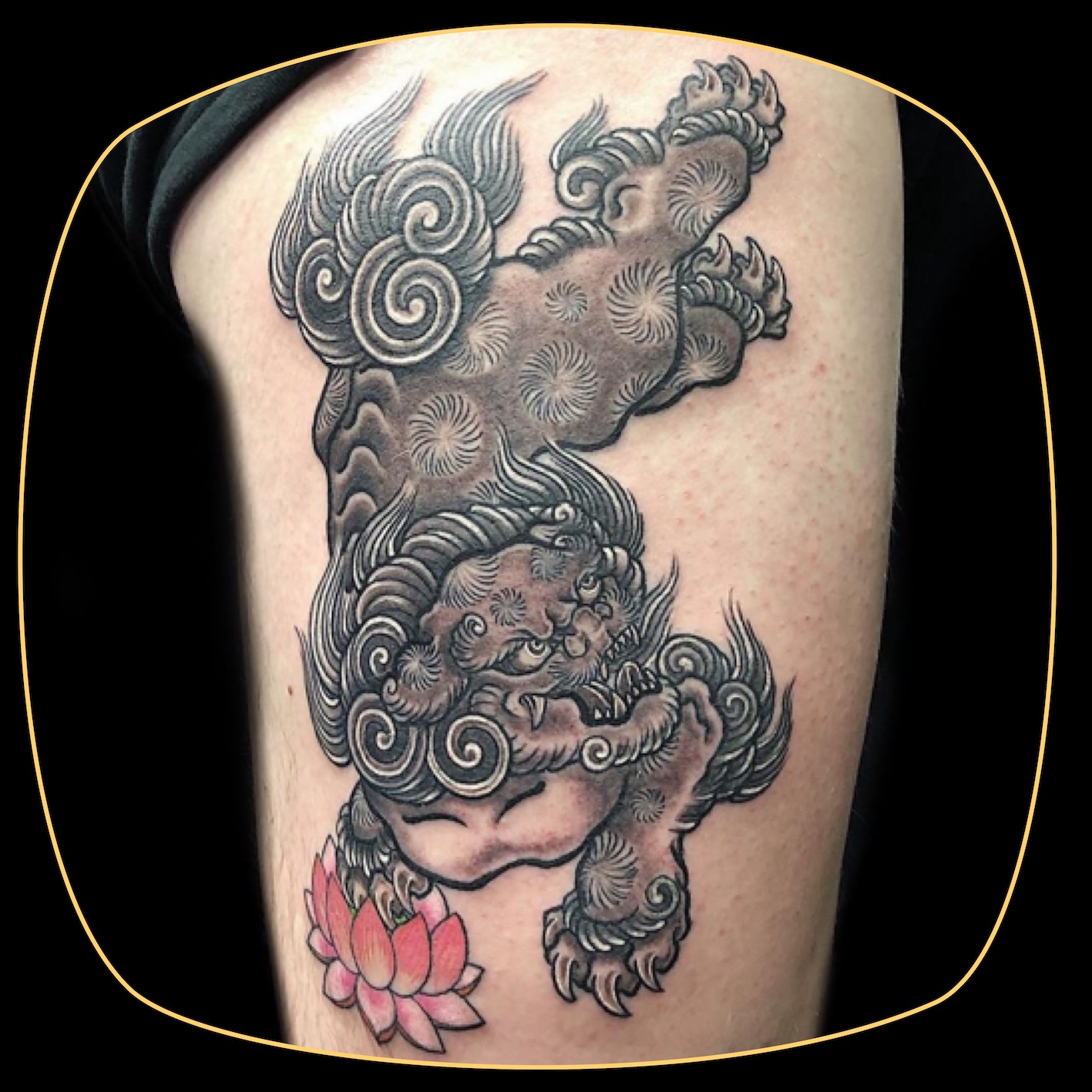 The dogs/lions are usually depicted in pairs. When used as statues, the  pair would consist of a male leaning his paw upon an embroidered ball (in imperial contexts, representing supremacy over the world) and a female restraining a playful cub that is on its back (representing nurture). In tattoo form, they are said to represent prosperity, success and guardianship. 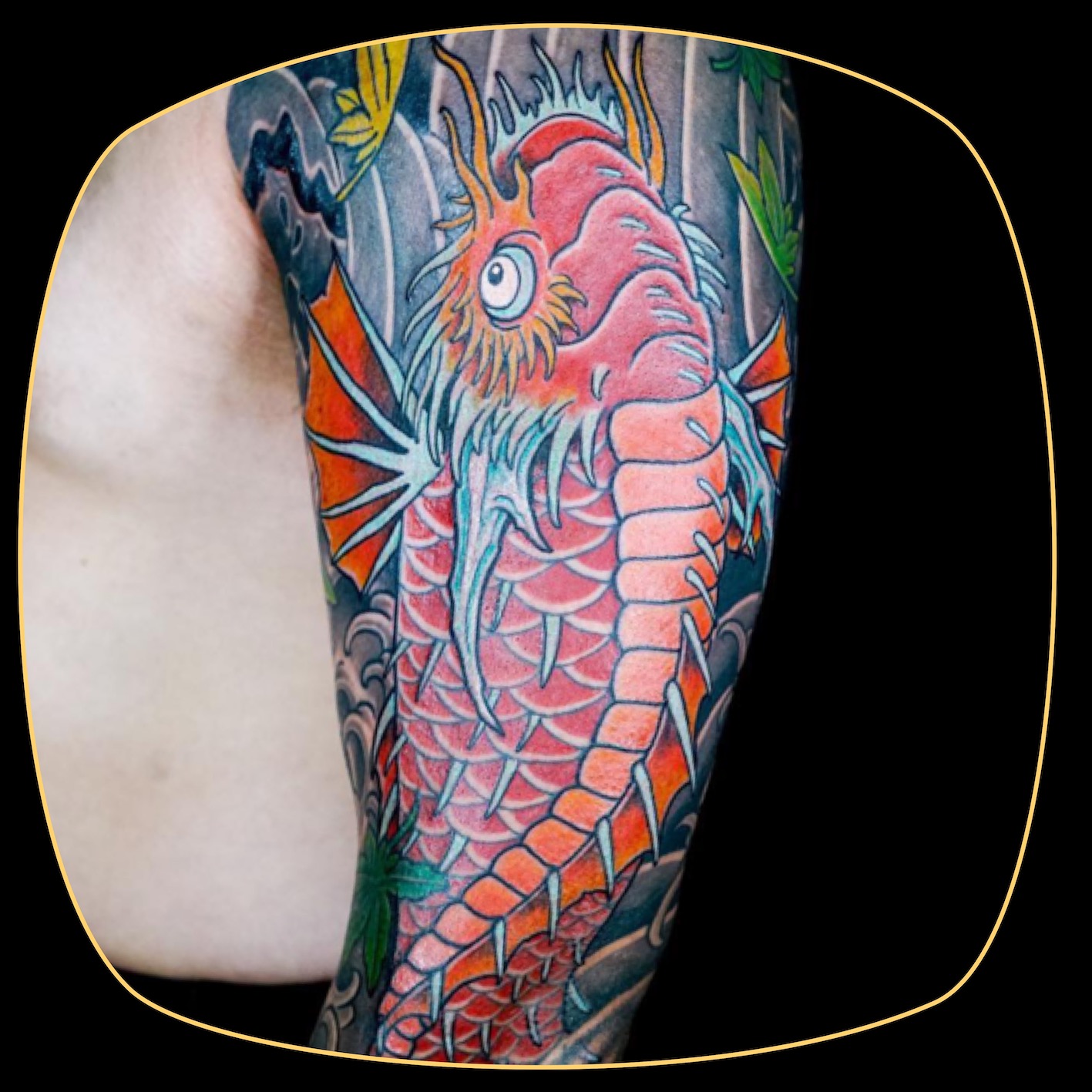 In Chinese legend, koi became dragons after successfully braving the Wu Men (five gates) rapids and swimming up the Longmen Falls (dragons gate) on the yellow river in the JiShiShan  Mountain. The determination for this feat gave rise to the expression “passing through the dragon gate” The closer the koi gets to the top of the waterfalls, the more of the characteristics of a dragon it takes on, such as horns and spines. In tattoo form, they represent perseverance, overcoming hardship and rebirth. 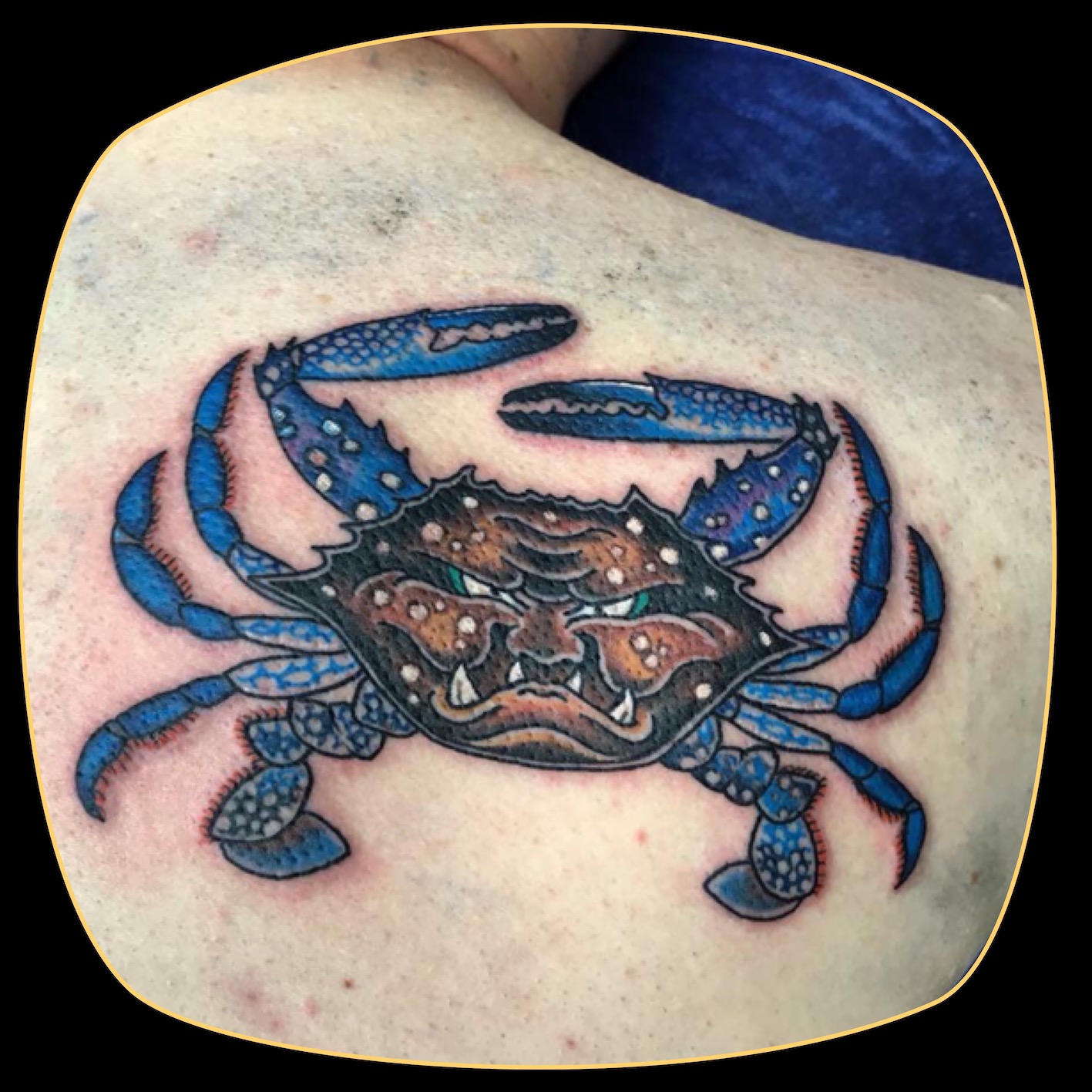 This comes from a real life crab that commonly appears across the beaches and coastal areas of Japan, in which the crab appears to have the face of a samurai on the back within its shell. Due to Japanese folklore, these crabs are believed to embody the souls of fallen samurai in past battles. In tattoo form, a crab is a powerful symbol of wealth, renewal and adventures of the sea. More specifically, the heikegani is representative of the samurais from costal battles whose souls were lost at sea. 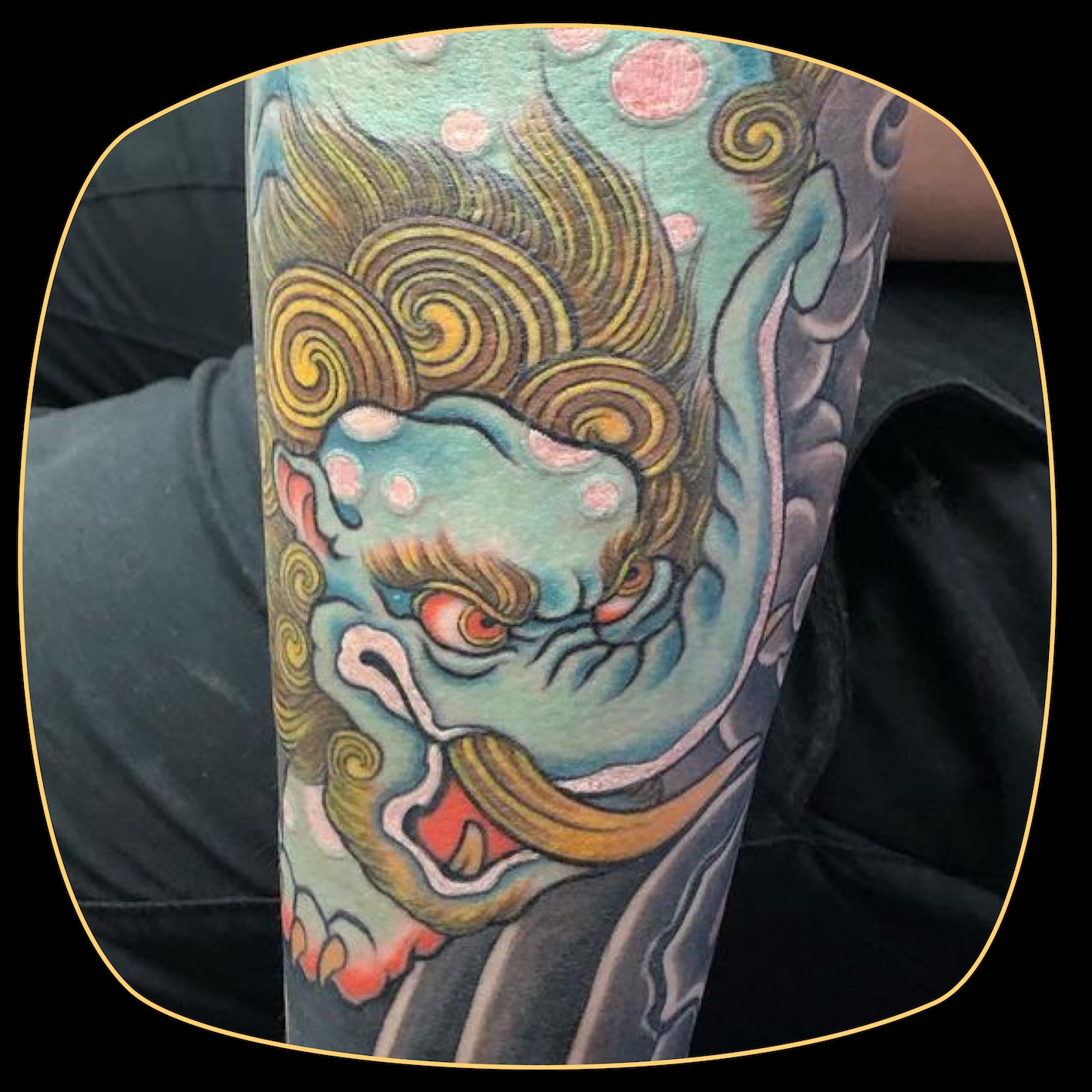 Baku are Japanese supernatural beings that are said to devour nightmares. According to legend, they were created by the spare pieces that were left over when the gods finished creating all other animals. They have a long history in Japanese folklore and art, and more recently have appeared in manga and anime. The Baku can also transform bad dreams in to good dreams, so it is considered to be auspicious and protective in tattoo form. A baku tattoo is basically a good luck charm. 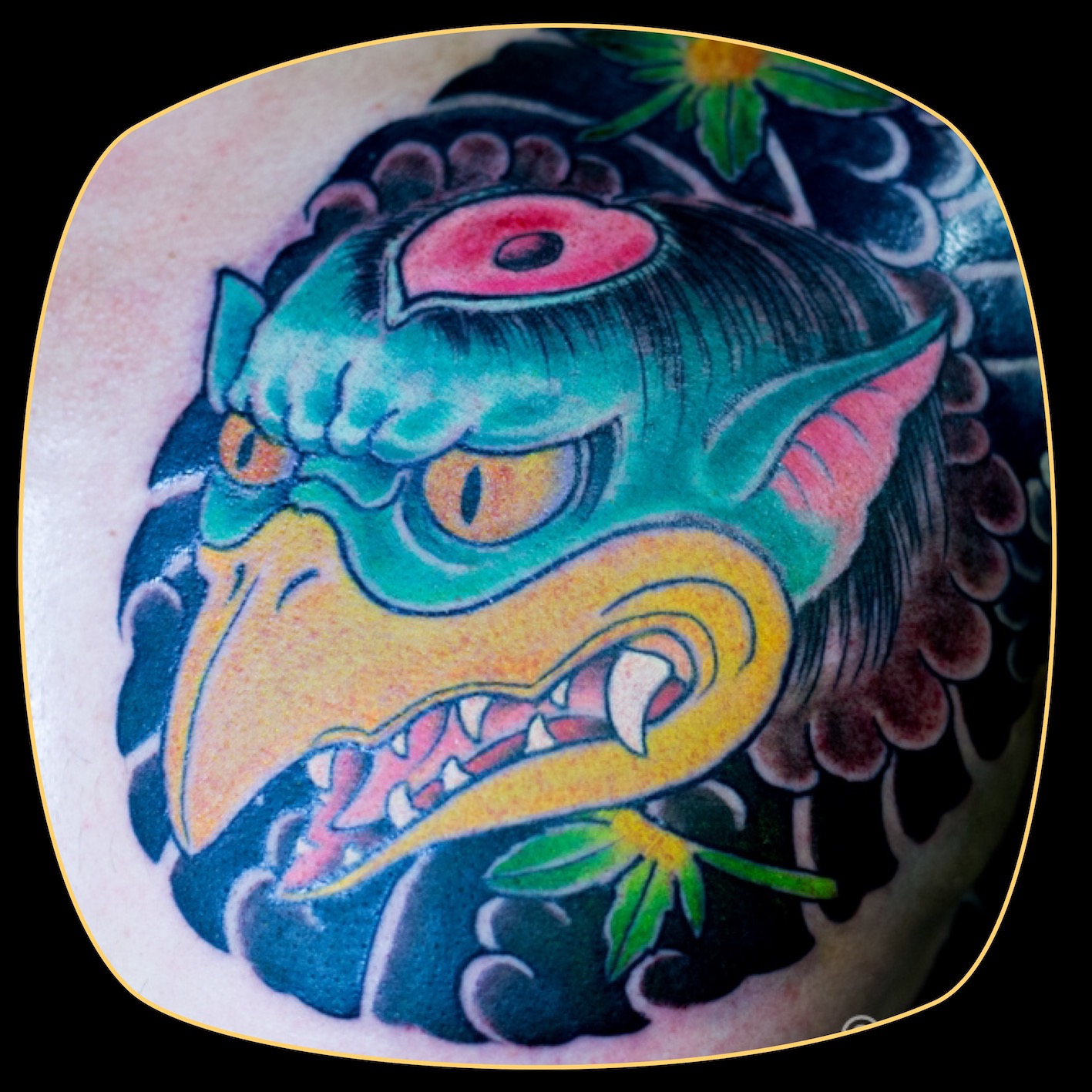 Kappa are a small water-dwelling creatures that are depicted with a beak like mouth and a tortoise shell on their back. They have a hole at the top of their head filled with water. If the water spills out, they risk losing their powers, or even their life. They are not considered evil, nor are they considered “good”. In tattoo form, they are a complex character, symbolising the battle between strength and weakness. The kappa, whilst aggressive and mischievous, is also polite. If you were to bow to it, it would bow back, losing the water from the hole in their head, leaving them powerless. 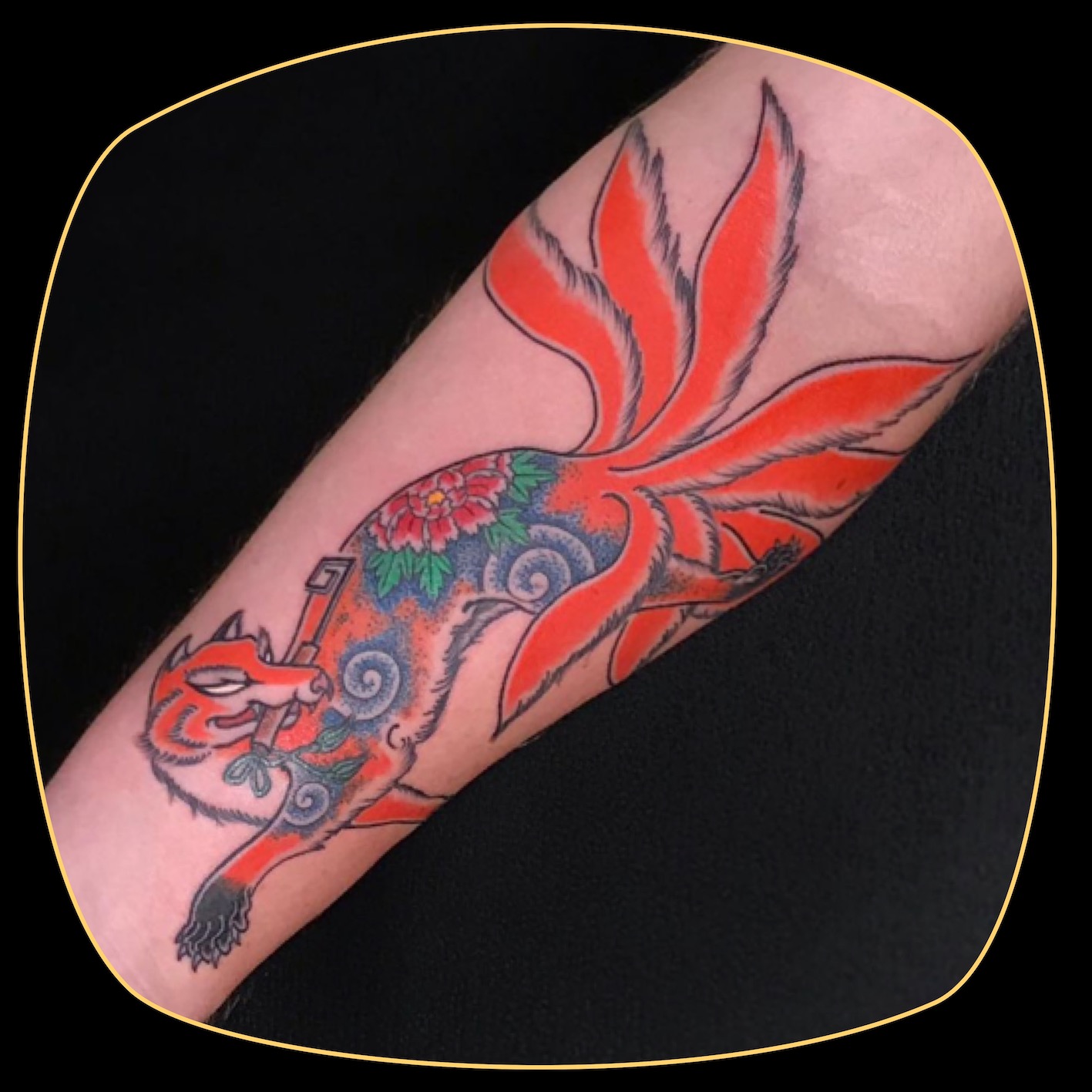 The Japanese fox, or kitsune, features as both a yokai (supernatural being) or a celestial being, often worshiped at Shinto Shrines (there are temples in Japan dedicated to the kitsune). The 9-tailed fox specifically represents peace and prosperity. In tattoo form, it can symbolise long life, intelligence, and procreation.

There are so many more animals, yokai, deities and motifs from Traditional Japanese Tattoo culture, mythology and folklore that are just waiting to be immortalised further on your body. Get something different, get something totally unique, and embrace and share Japanese tattoo culture!

To book a free 30 minute consult with one of our Traditional Japanese specialists, fill out our booking form and tell us your ideas! We also have an extensive Japanese reference library in our studio that you can browse with your artist!