More work on Fudo Back Piece by Horisumi!

Chris’s Fudo back piece has been going for a couple of years now. As each session passes, we get closer to seeing the finished piece. Not much longer to go now! 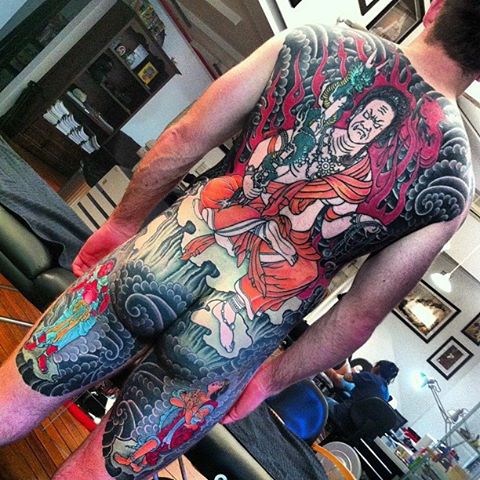 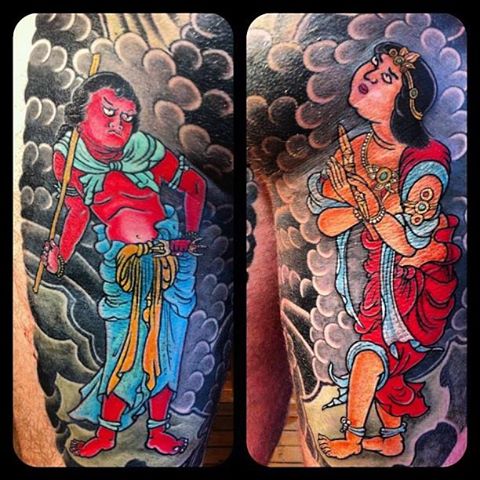 Fudo Myo-o is one of the fierce, protective Gods, who are ferocious in appearance in order to frighten away evil spirits and to destroy ignorance and ugly passions. He bears a sword in one hand and a rope in the other to symbolise cutting through all delusion, the destruction of obstacles, tying up evil creatures or even catching and leading believers toward enlightentment. He sits upon a diamond-hard rock, a symbol of resoluteness. Behind him is a halo of flames, symbolic of purification. One of his eyes looks up and the other looks down, as he guards both Heaven and Earth.

Due to the detailed components that go with Fudo Myo-o, he is usually featured in a large scale traditional Japanese tattoo on the back, a great starting point for a full Japanese body suit.

Check out his bio and portfolio for more amazing work to inspire you!