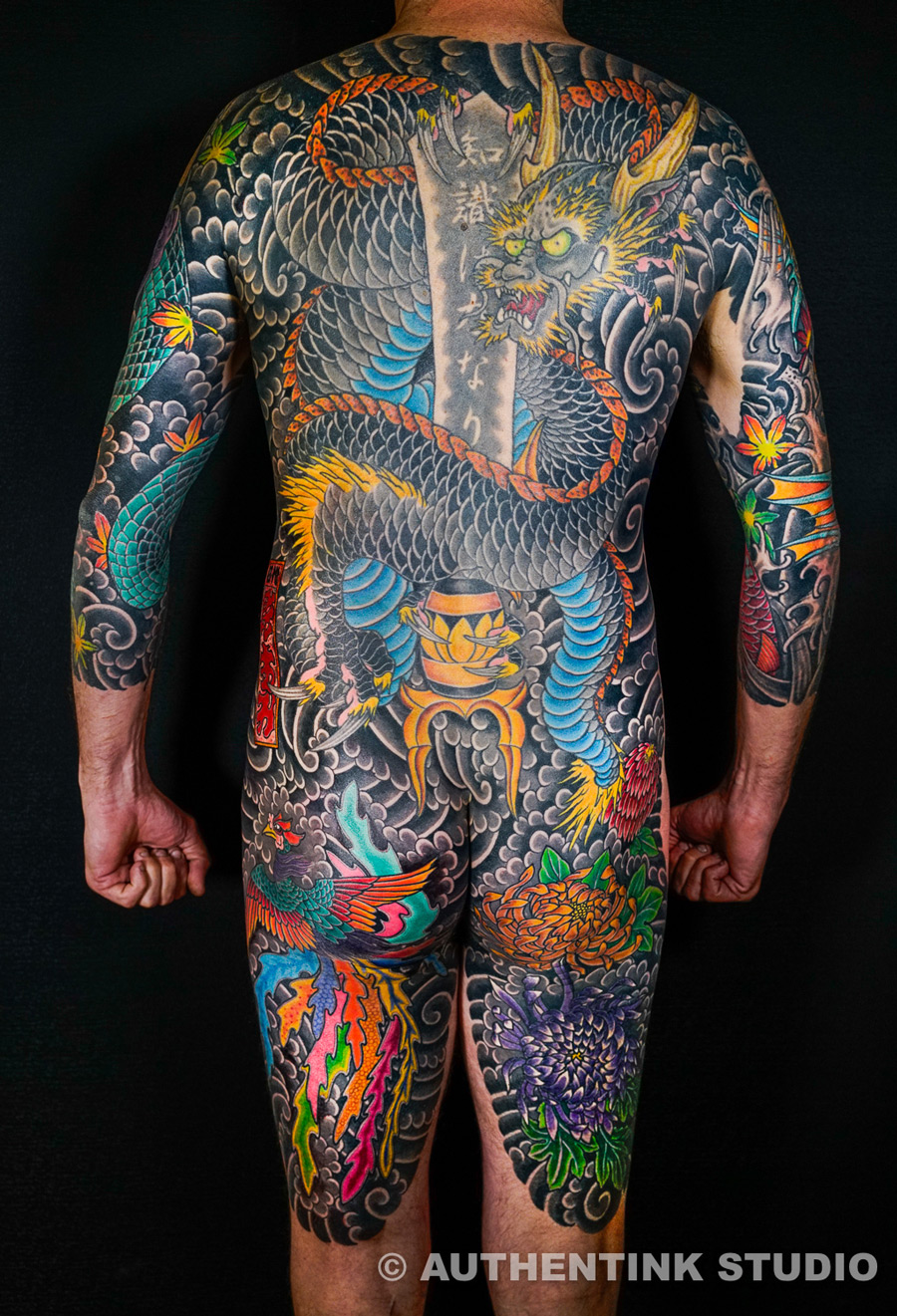 Dragons are an ancient symbol found in mythologies in cultures from all over the world.

They are said to have the head of a camel, horns of deer, scales of carp, paws of tiger, claws of eagle, eyes of a hare and the ears of a bull. Myth states that they control the rivers and lakes, so are commonly depicted in art and tattoos alongside water themes, despite people commonly, and incorrectly thinking they are an airanimal. Chinese dragons have 4 or 5 claws, Japanese dragons almost always have 3. The Japanese believe that dragons originated in their own lands, and so they believe the further the dragon travelled from their homeland, they gained more toes.

They are often pictured carrying a pearl which is sometimes flaming. They derive their power from the pearl, an this lets them ascend into the heavens. They symbolise spiritual perfection, wisdom and are considered good luck charms, and are often used in architecture and interior decorating to bless ones home.

They commonly live at the bottom of the sea. The fish do his bidding, the turtle is his messenger. And as such, they often appear in artwork together. Because dragons can live in both water and air they are considered to be protection from fire, which is why the firemen of edo chose the dragon as their tattoo regularly, to emanate that protection from fire on their bodies. 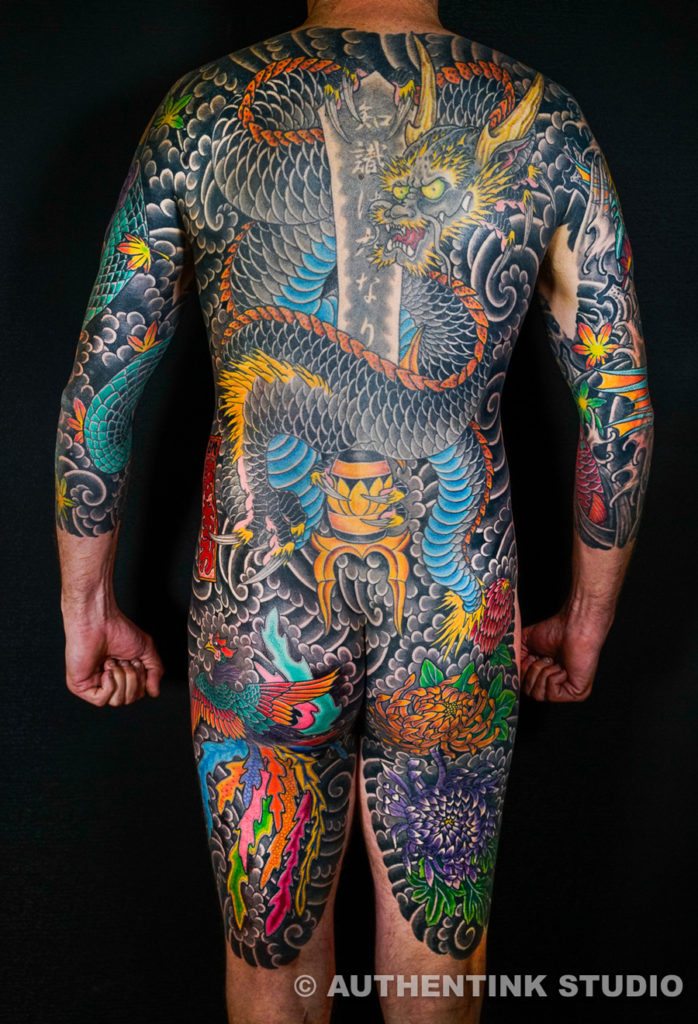 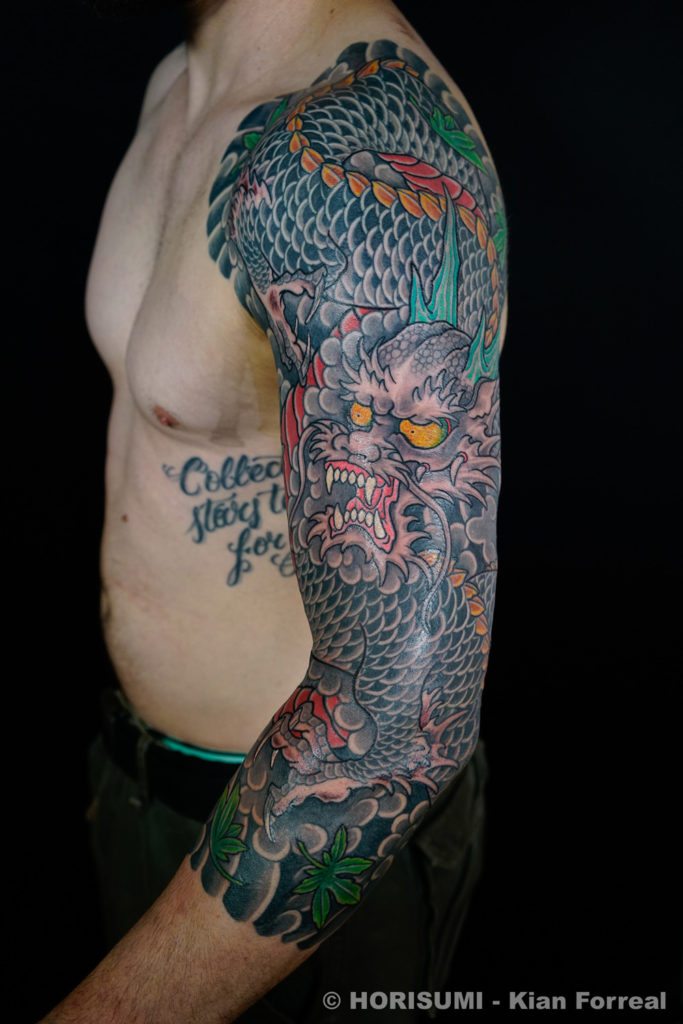 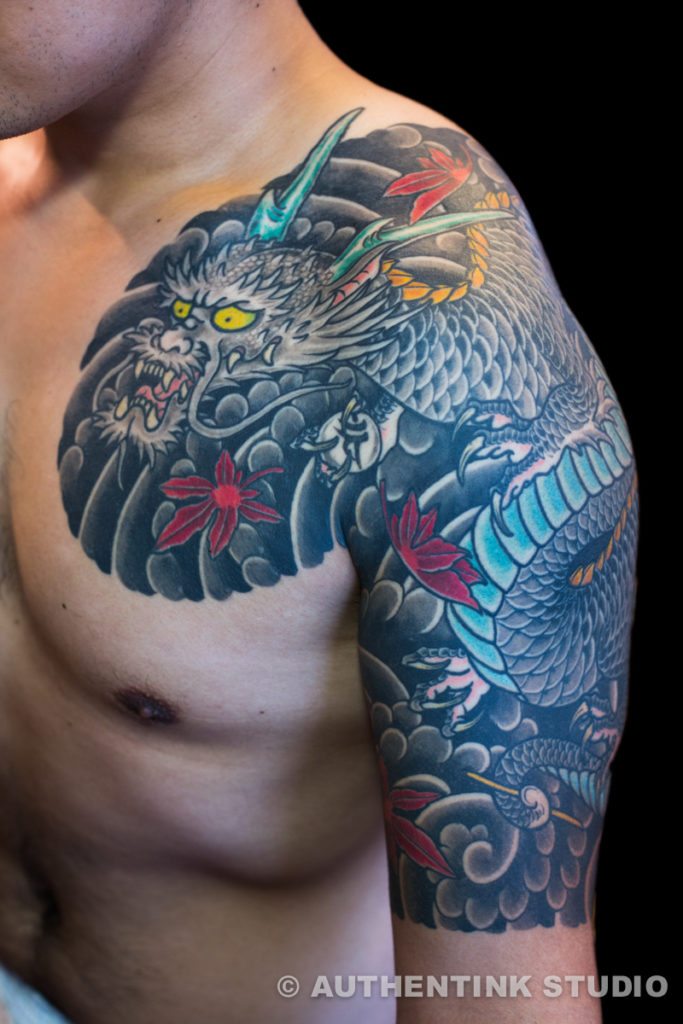 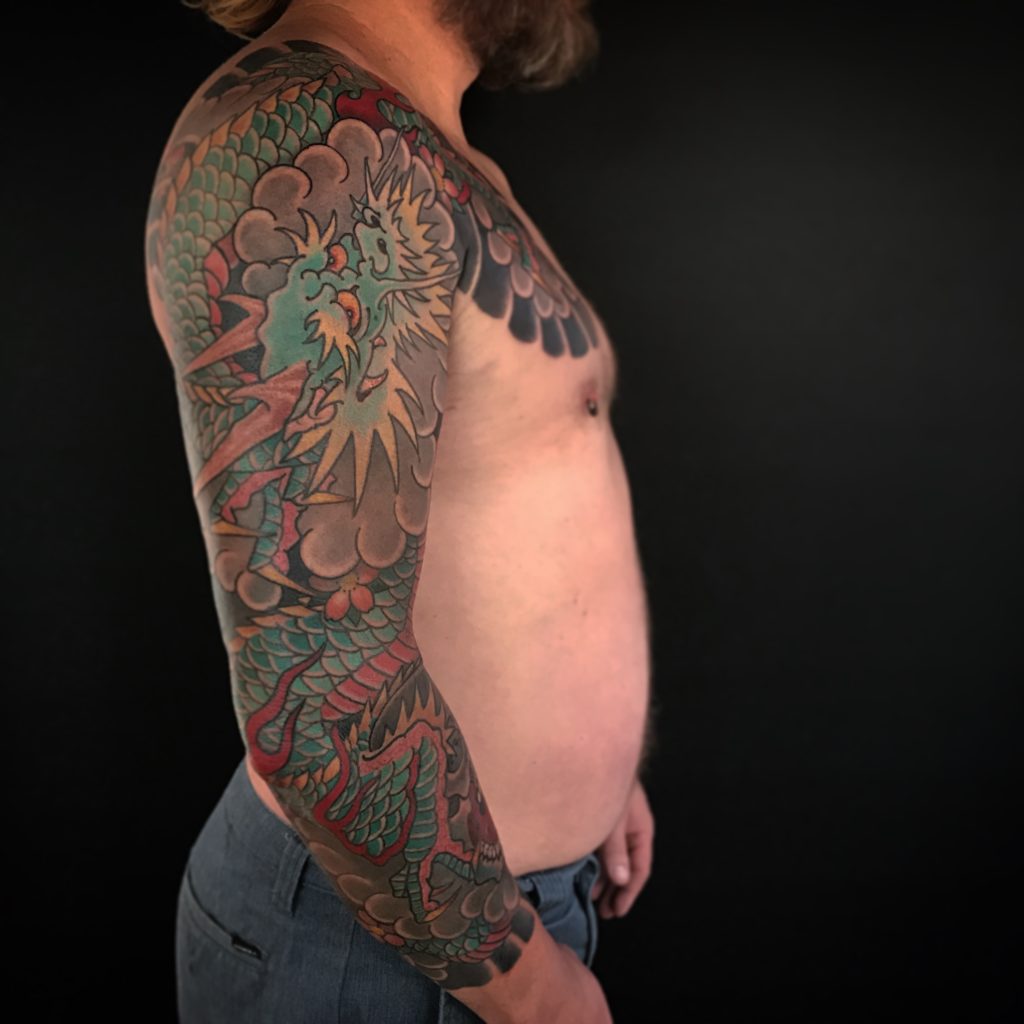 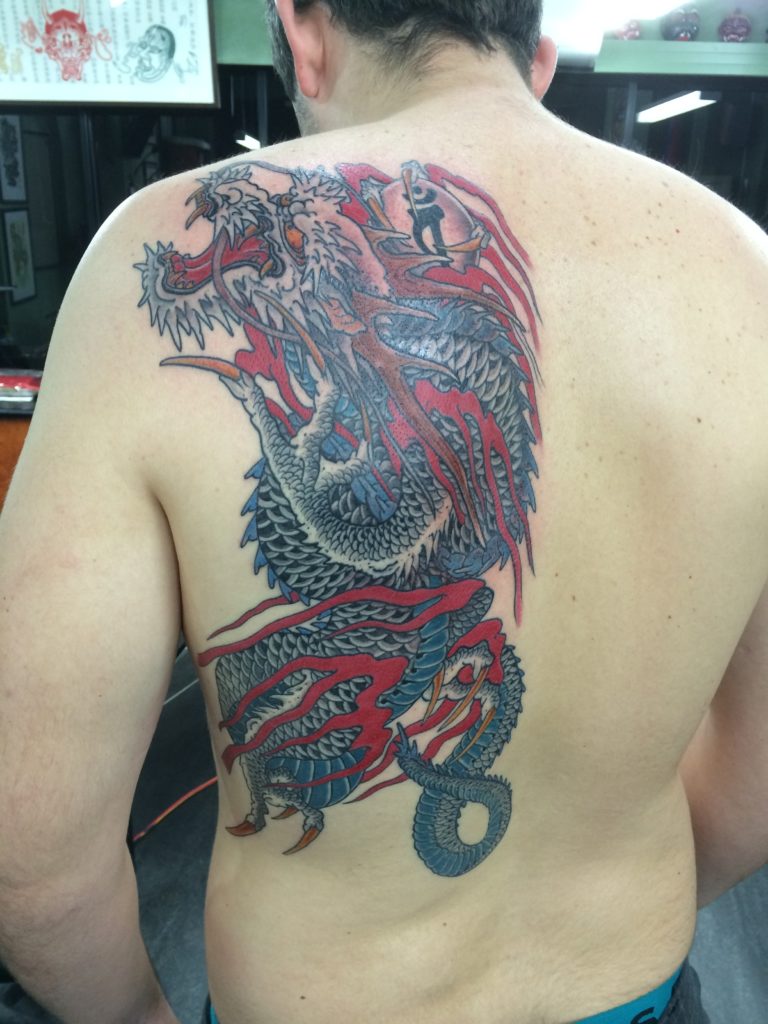 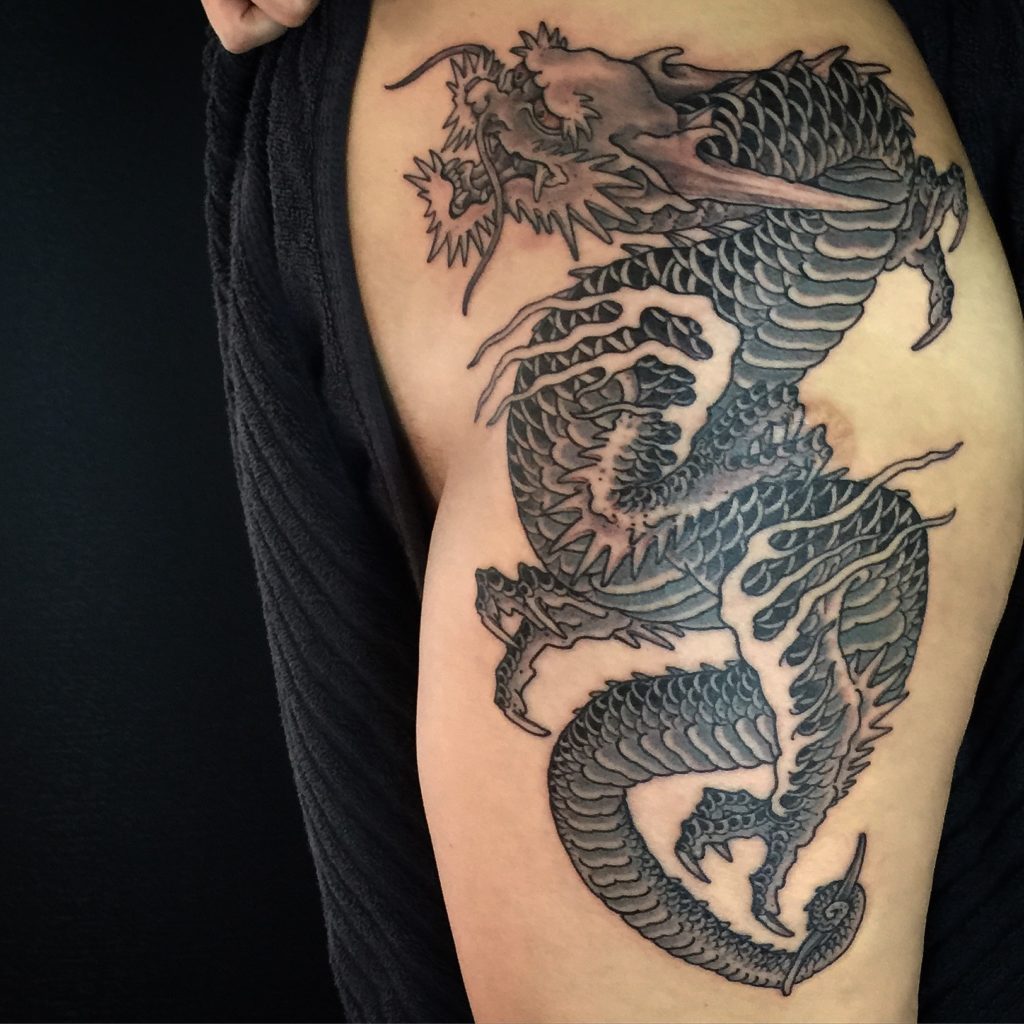 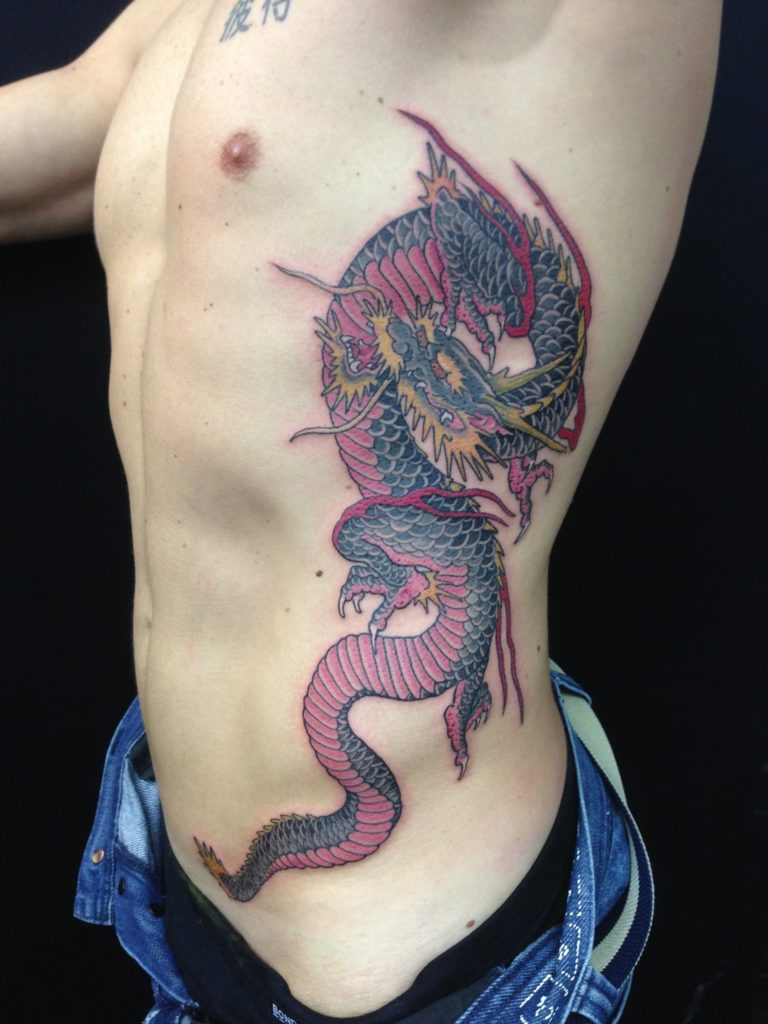 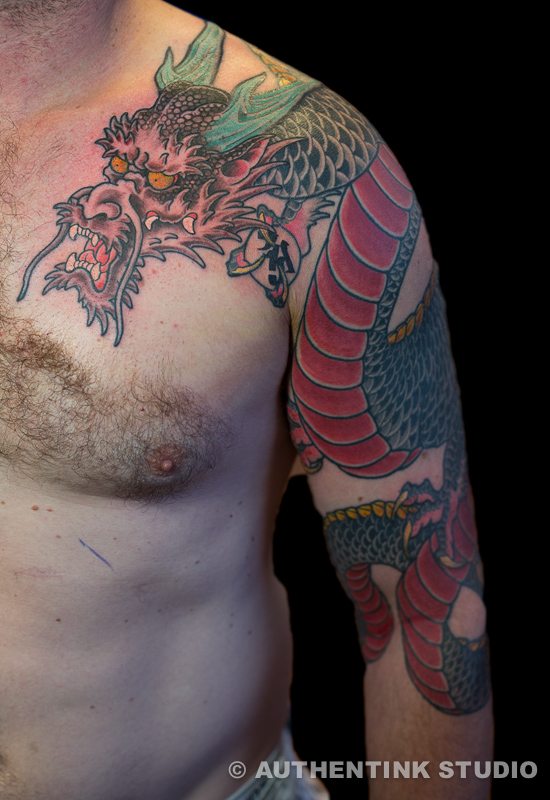 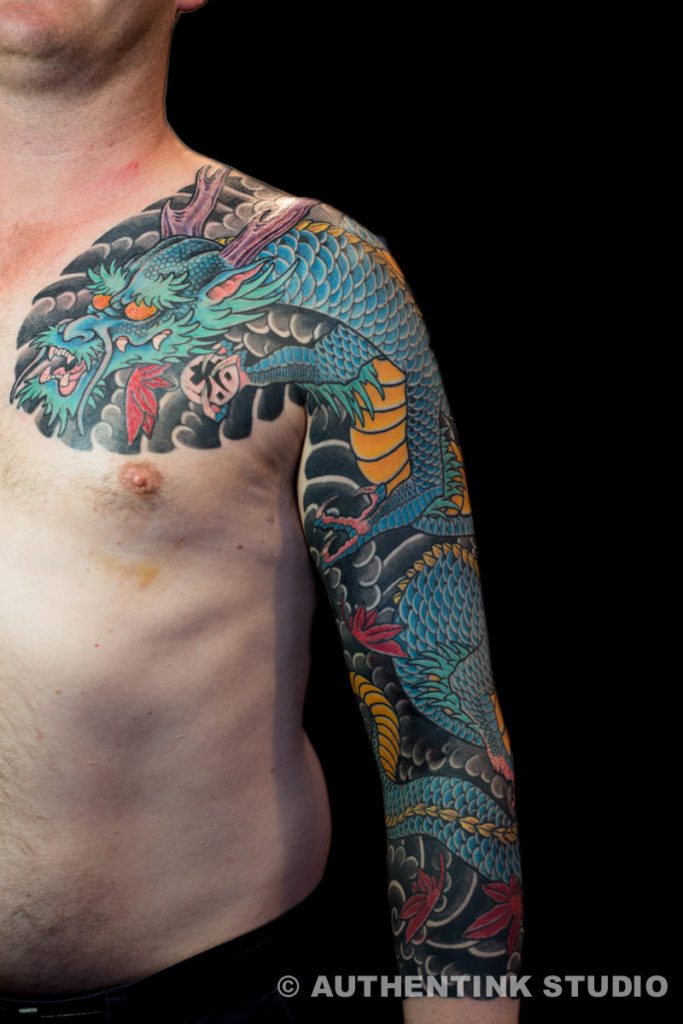 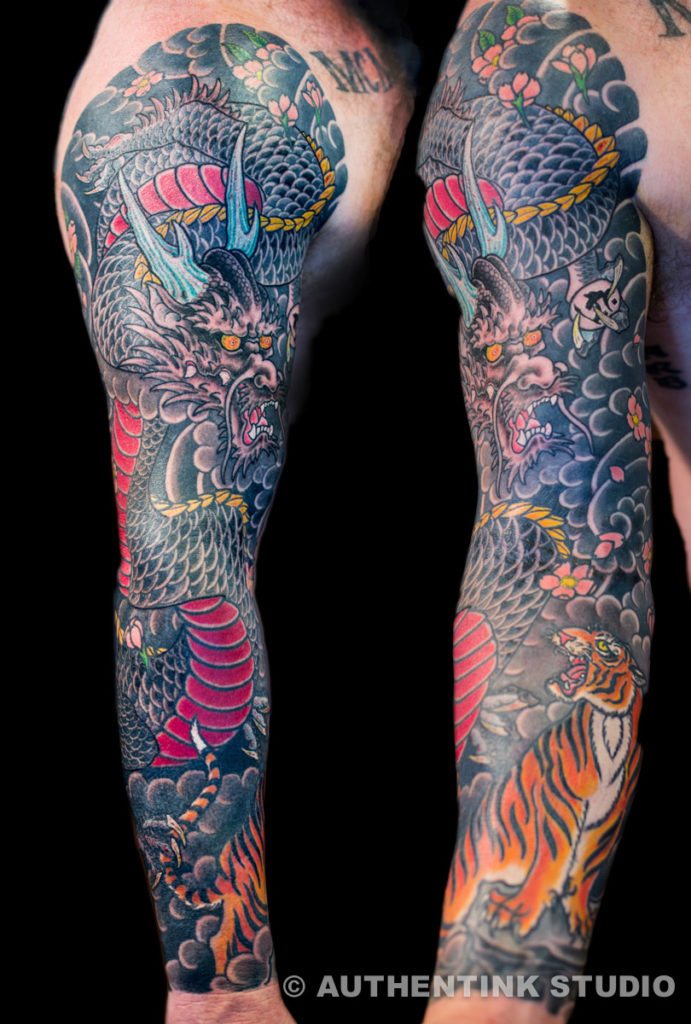 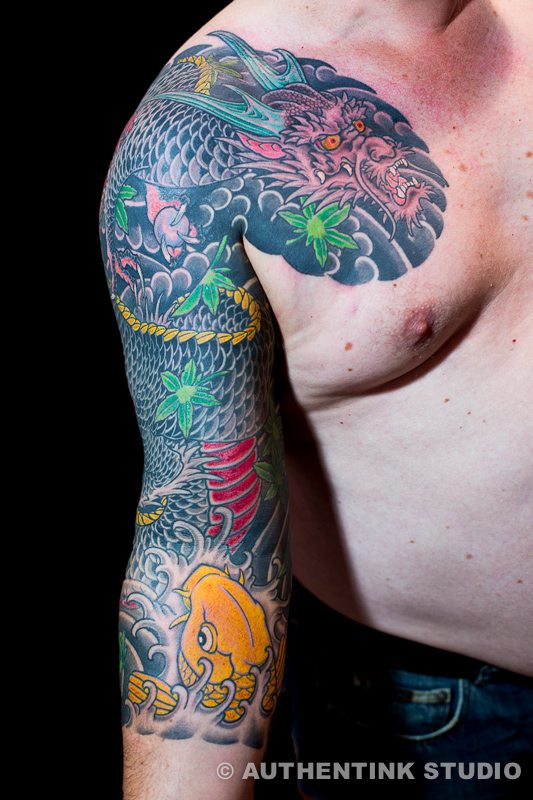 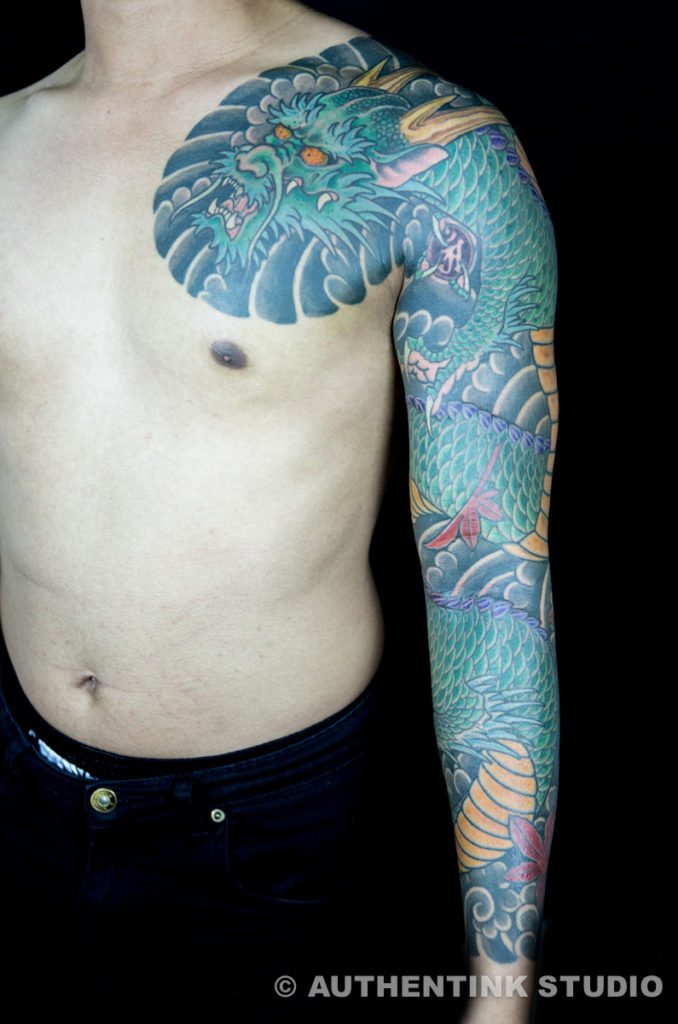 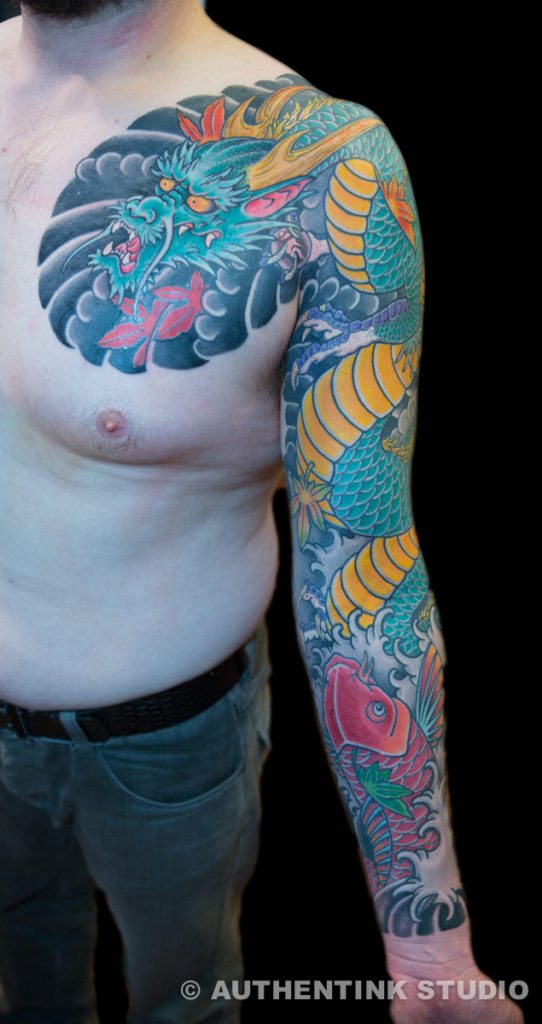 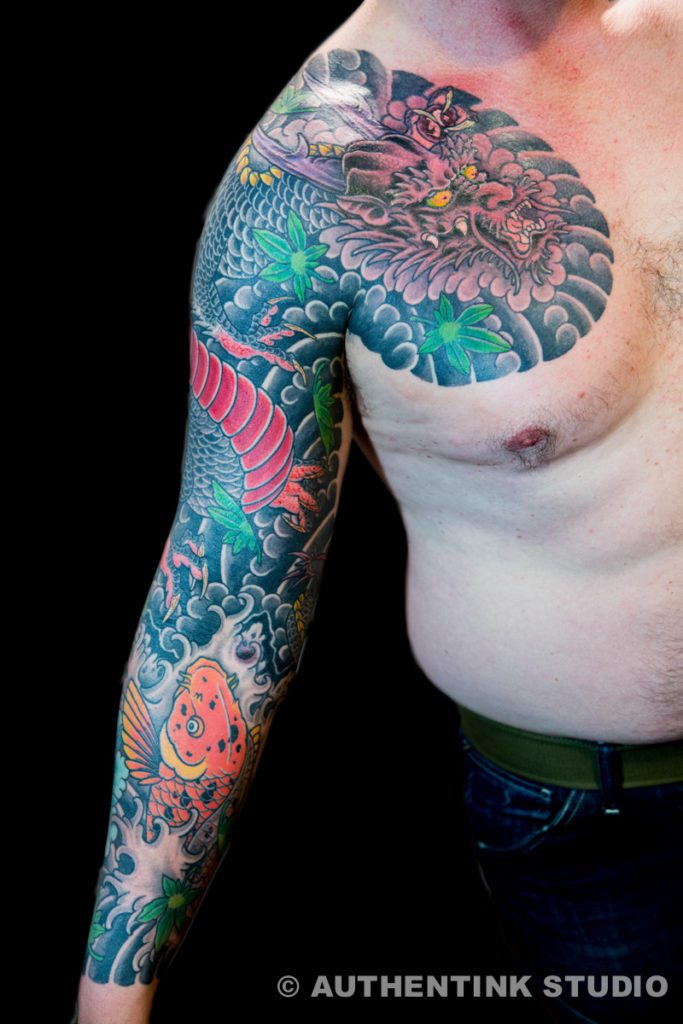