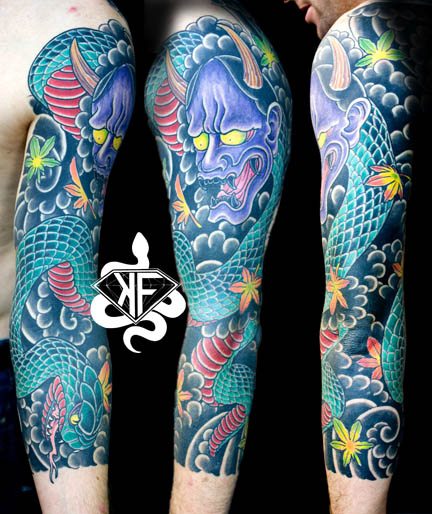 The Hannya mask originates from Japanese Noh Theatre, pictured above. It represents a jealous female demon. It is characterised by two sharp, bull-like horns, metallic eyes and a leering mouth. The Hannya mask, used in the play, portrays a woman whose soul has become possessed by a demon because of jealousy or obsession. The character wearing the Hannya mask is portraying a demonic and dangerous part in theatre, but at the same time, sorrowful and tormented, displaying the complexity of human emotions. When looking straight on at the mask, it appears angry and frightening, however when tiled down slightly, it can almost look sorrowful, as if its crying.

Hannya masks can come in a variety of colours: a white mask indicates a woman of aristocratic status, a red mask depicts a low-class woman, and the darkest red depicts true demons, the most dangerous characters in the play.

Due to its distinctive and frightening appearance make it one of the most recognisable Noh masks and it is used widely in tattooing to this day. Some see the Hannya mask as a creepy motif for a tattoo, others see it as beautiful. It can be used to represent a dark moment in your life, a haunted past. Check out some of the amazing Hannya mask tattoos our artists have done! 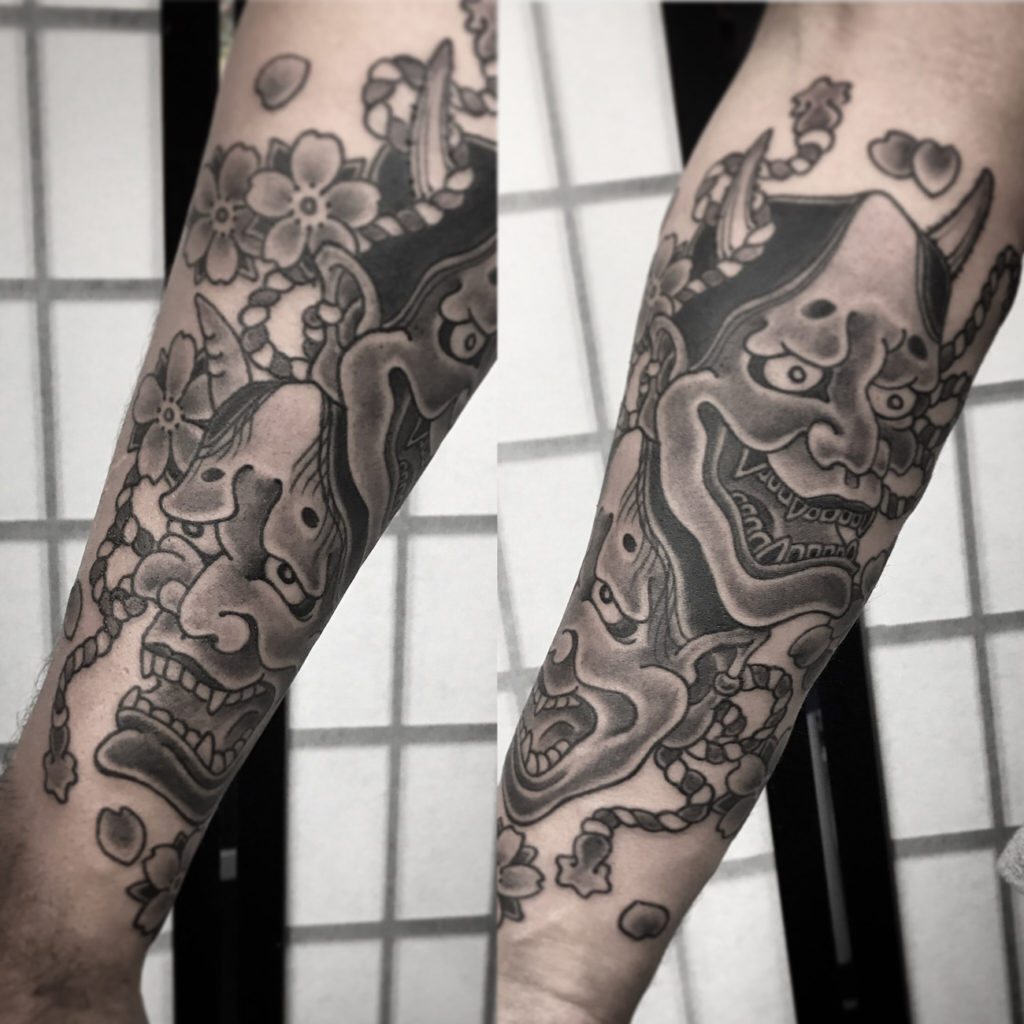 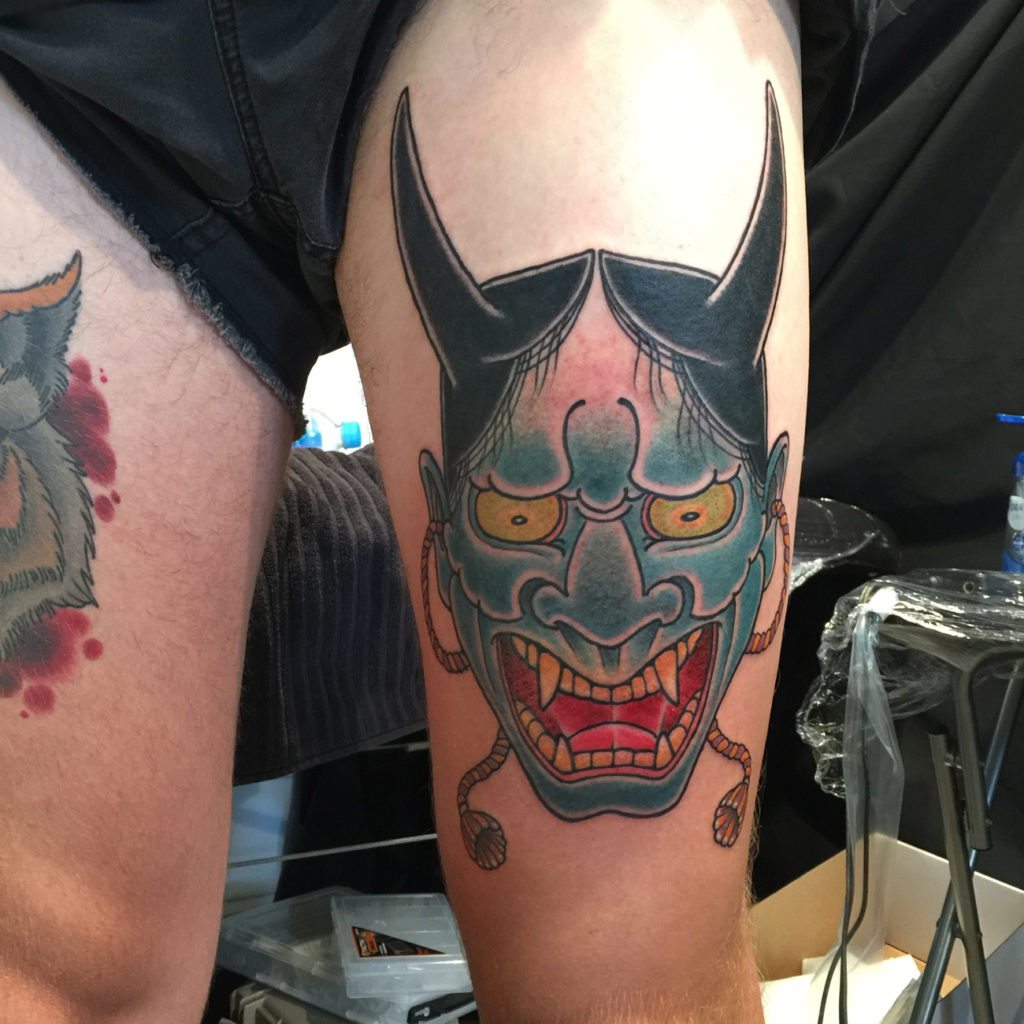 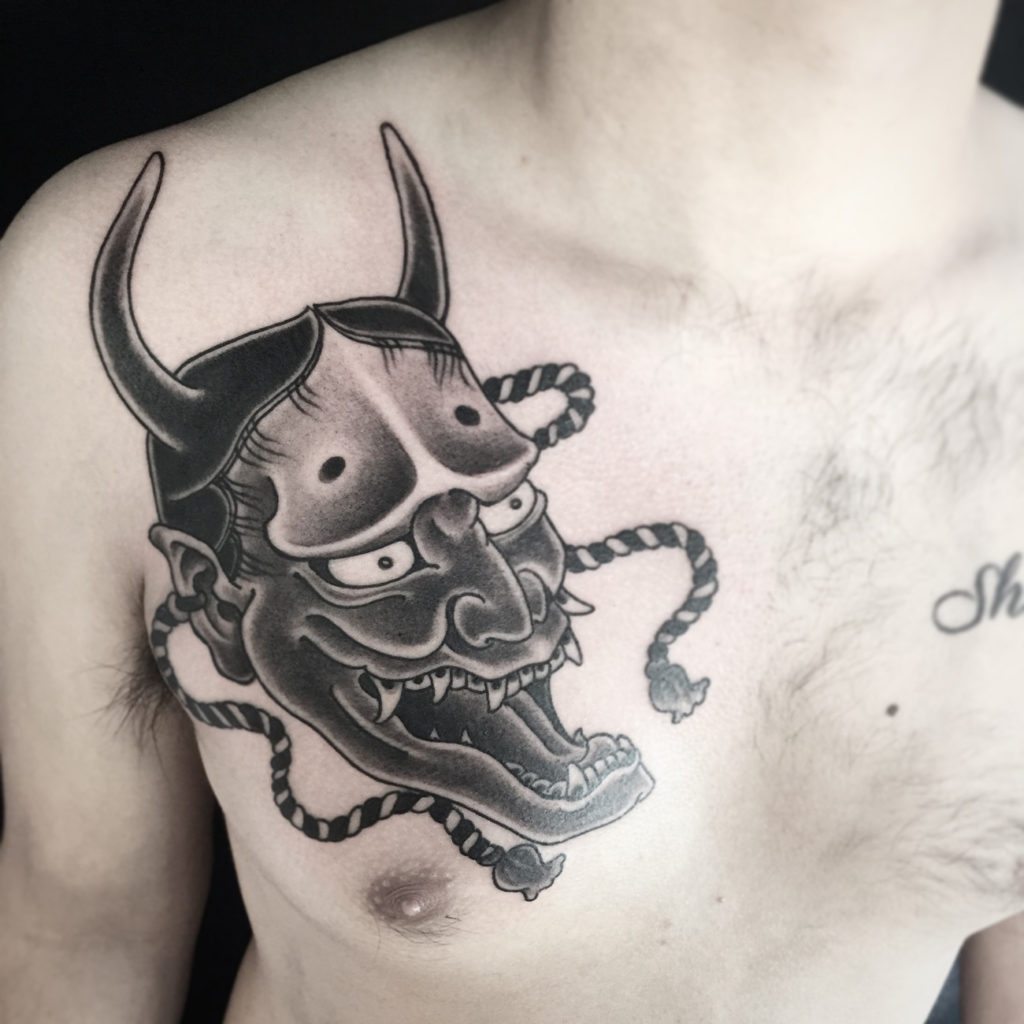 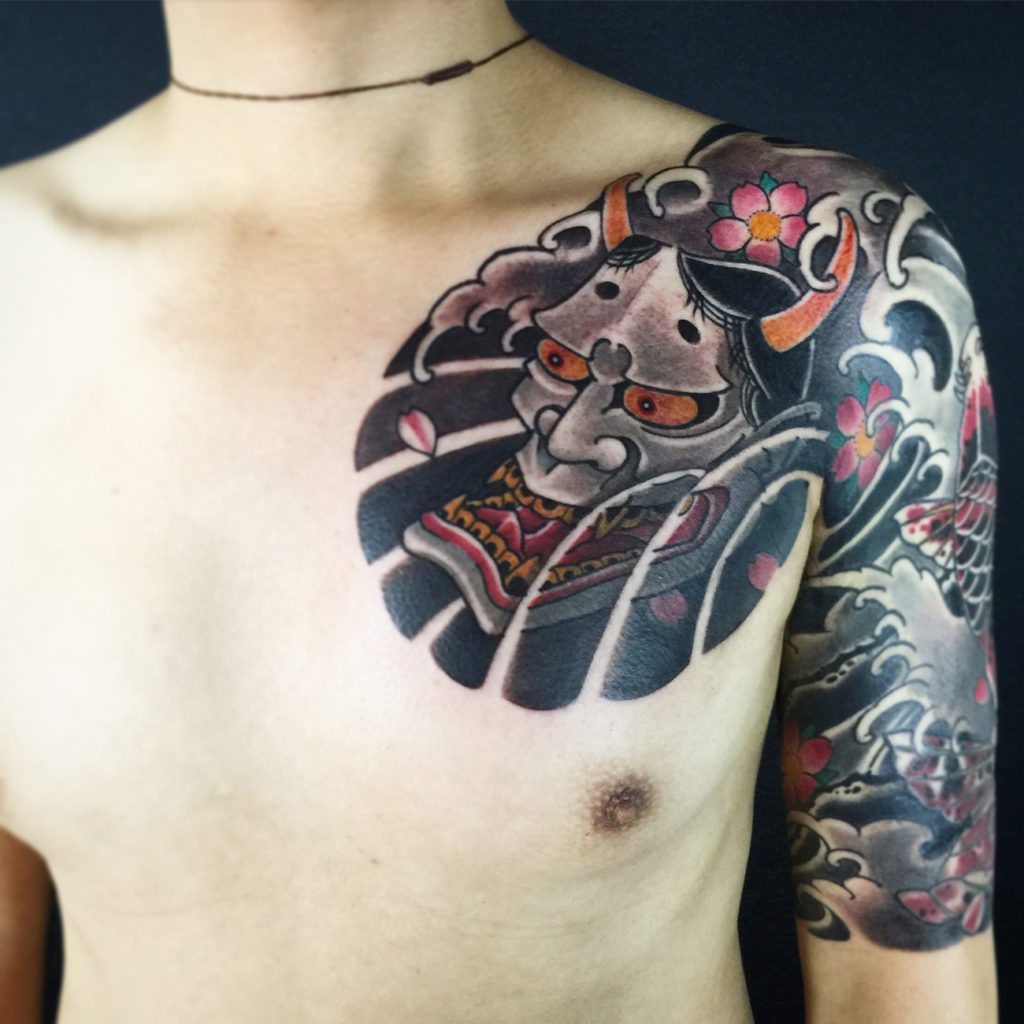 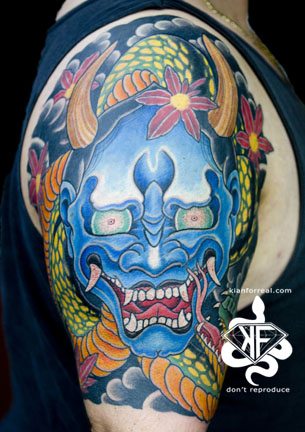 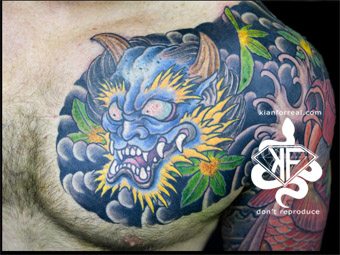 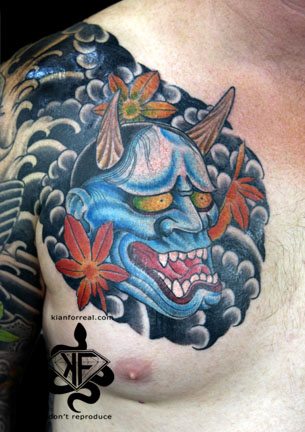 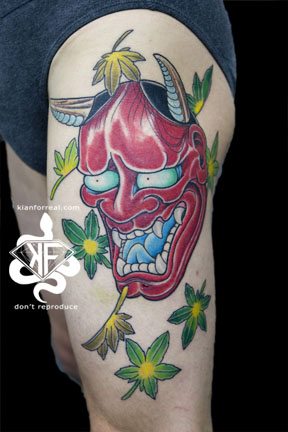 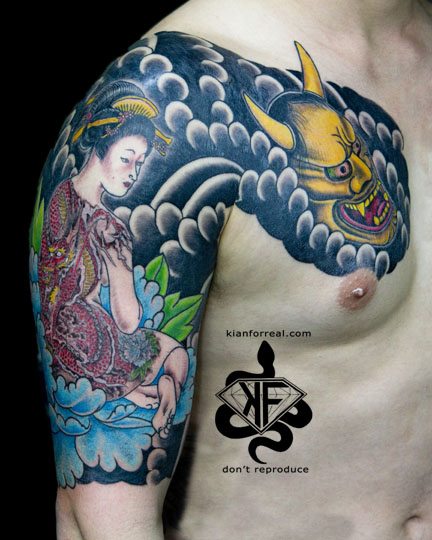 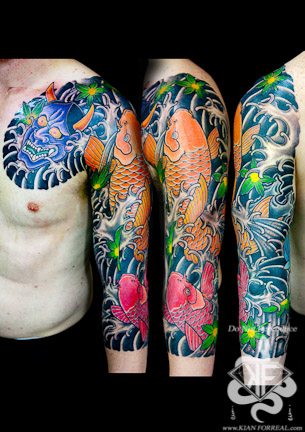 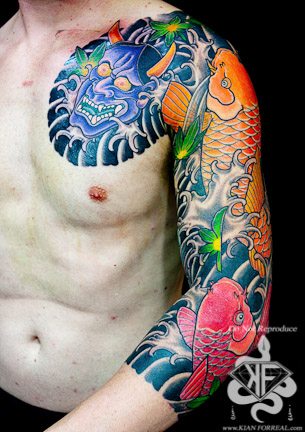 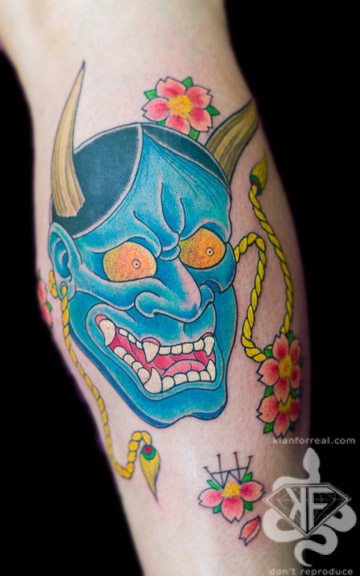 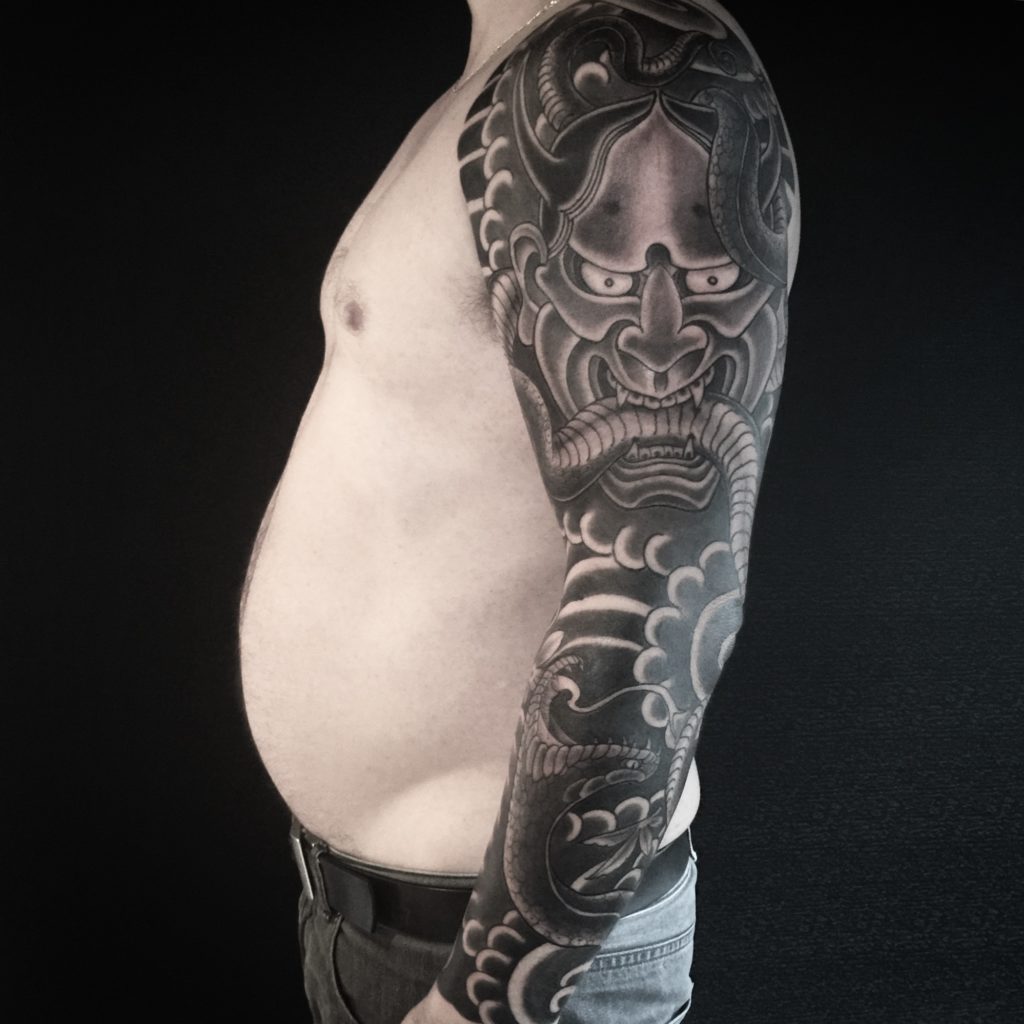 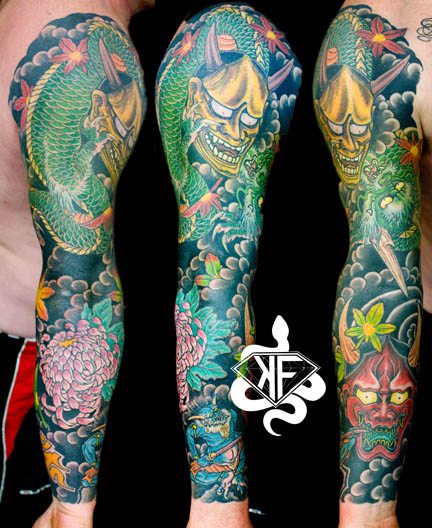 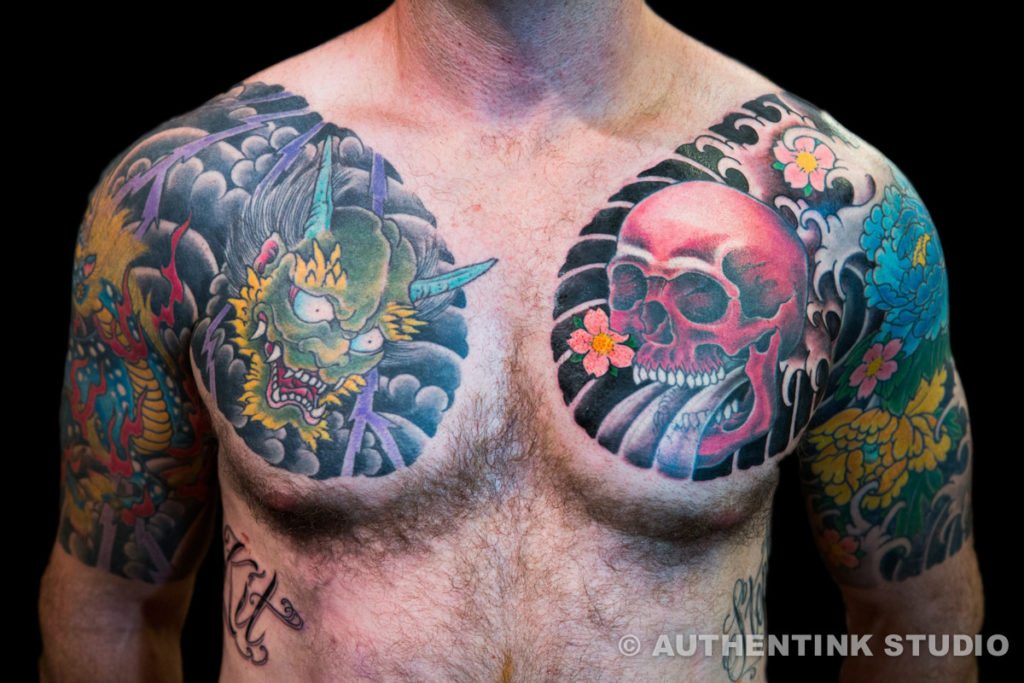