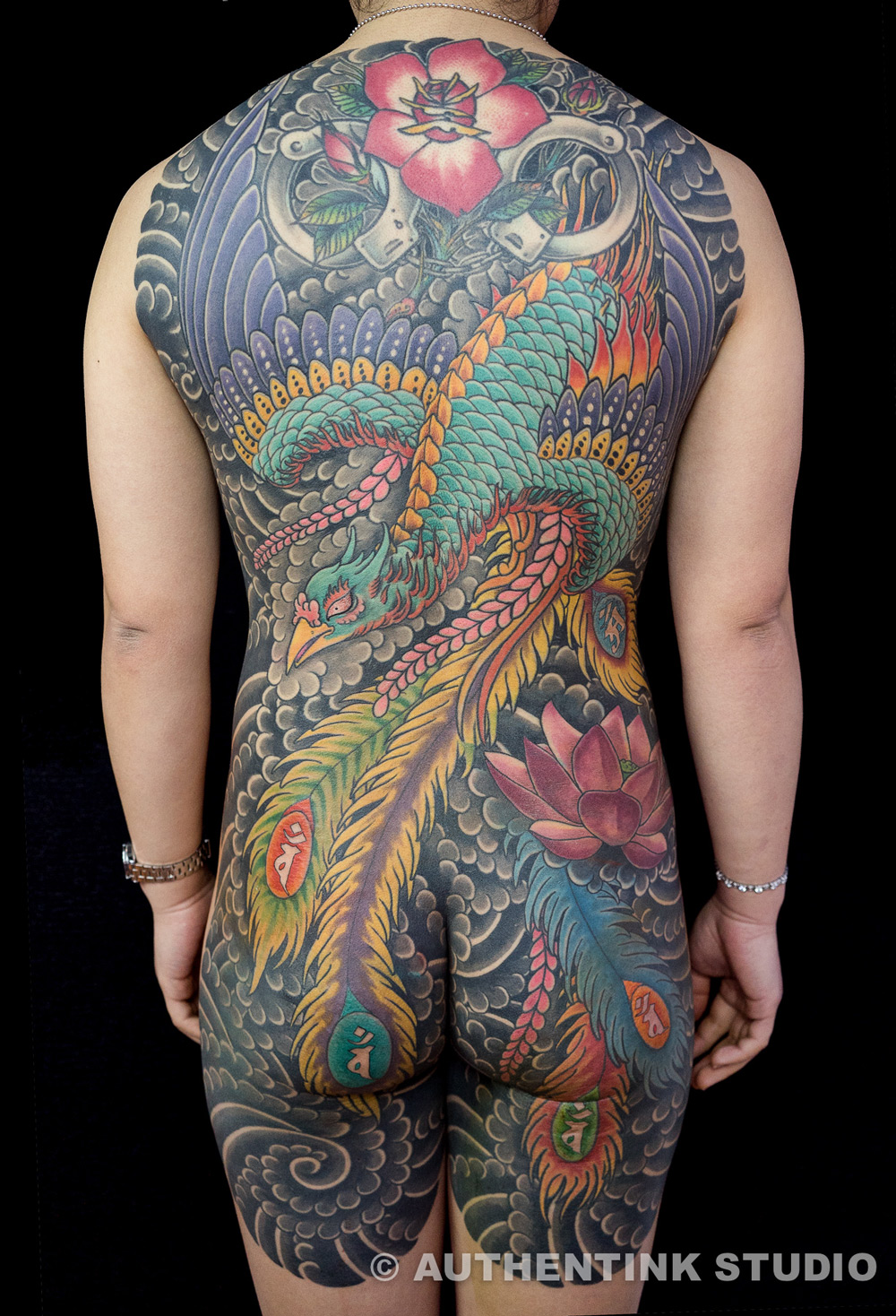 The phoenix is said to be a pheasant / peacock hybrid. The Japanese or Chinese phoenix bares very little resemblance or meaning to the Western Phoenix.  It features a pheasants neck, a cocks comb, long tail feathers of a peacock, legs of a crane, mouth of a parrot. It’s plumage represents the five colours associated with the five virtues; black, white, red, green yellow; benevolence, purity, propriety, wisdom and gentleness.

It is believed that the bird only appears in areas or places that are blessed with utmost peace and prosperity or happiness, and so they make a very powerful central motif as a tattoo. They can often be seen alongside dragons, which represent the male side to the female phoenix, and as such are also a symbolic representation of yin and yang.

The phoenix is a symbol of rebirth, life, growth and longevity. It marks the start of a new era, a new beginning. 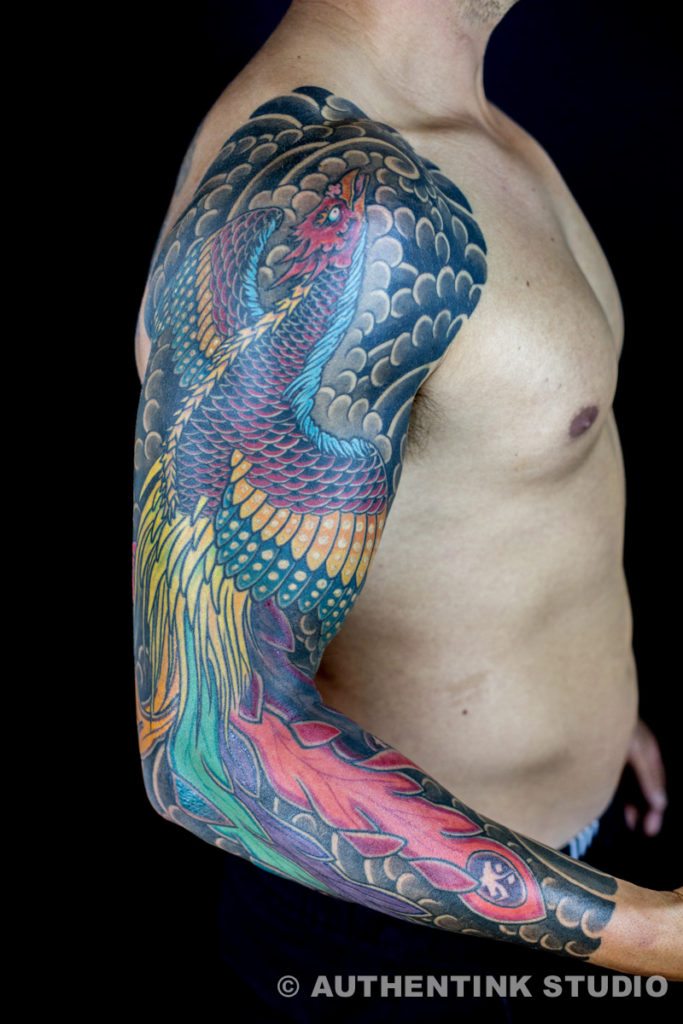 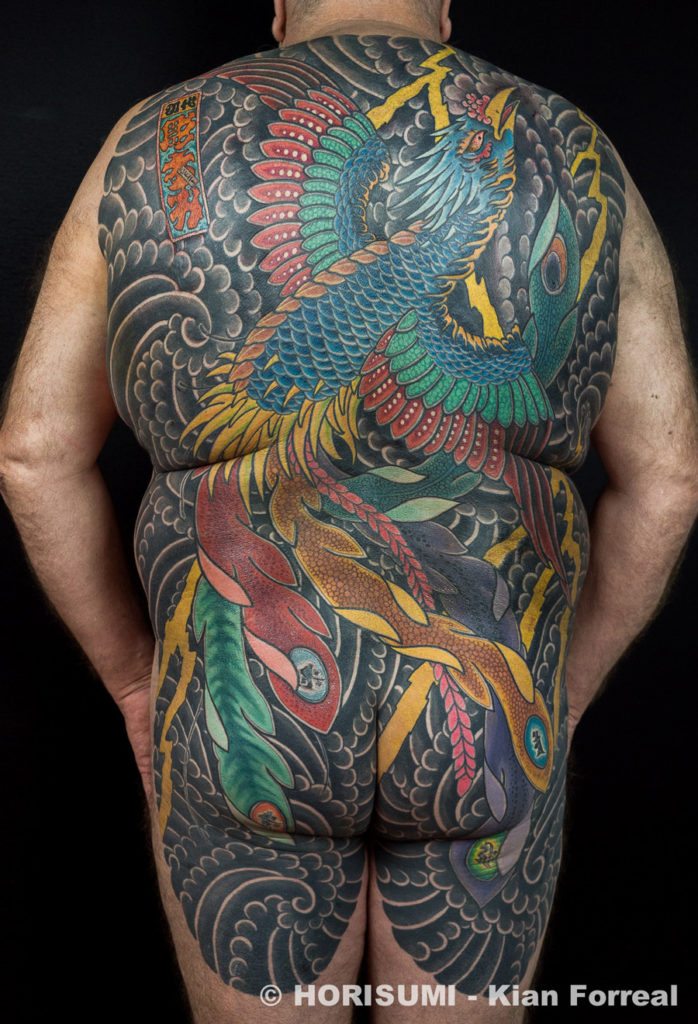 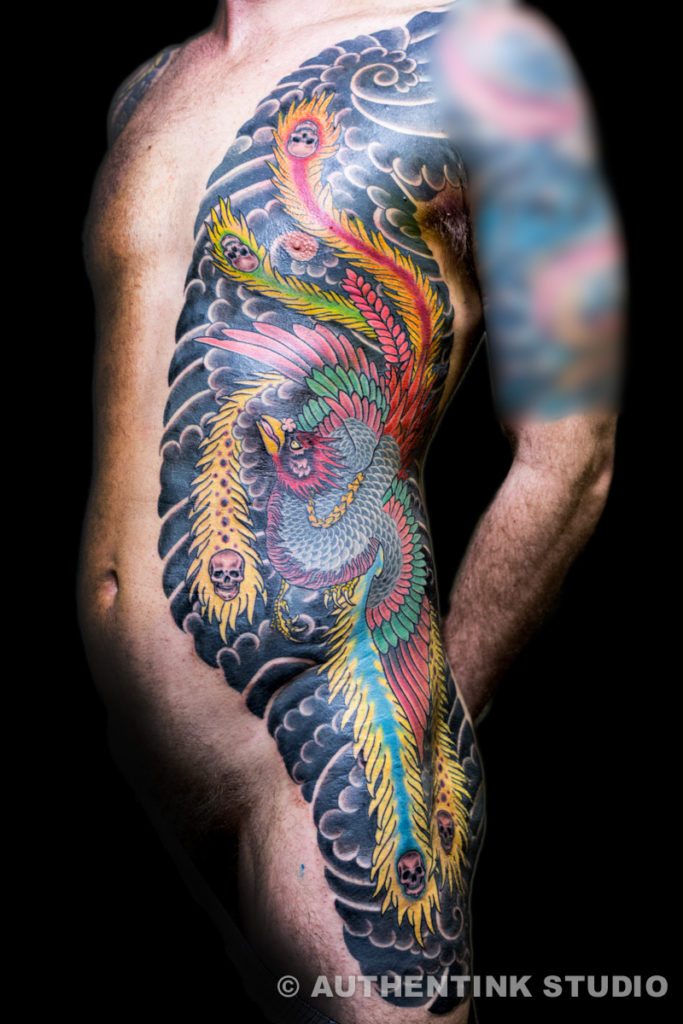 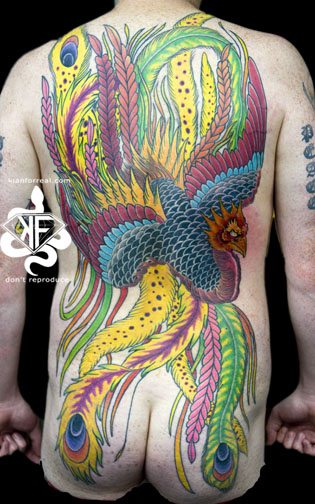 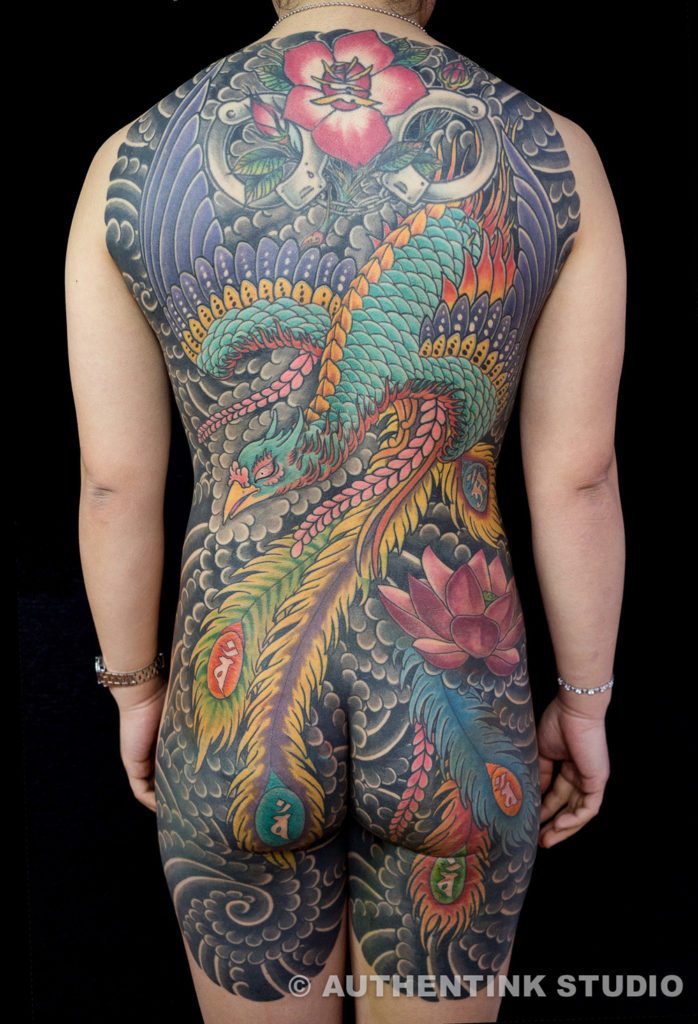 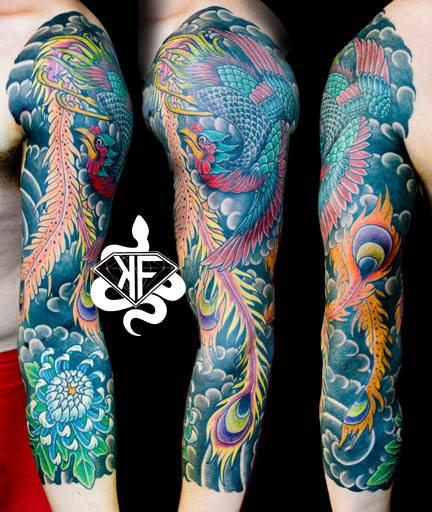 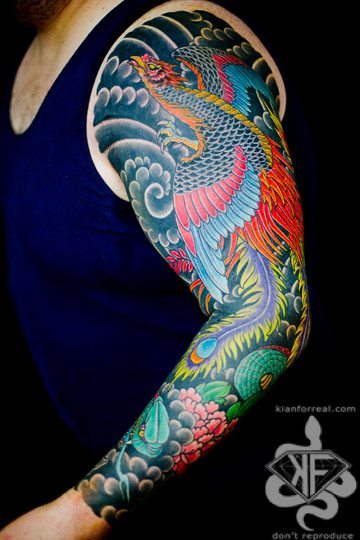 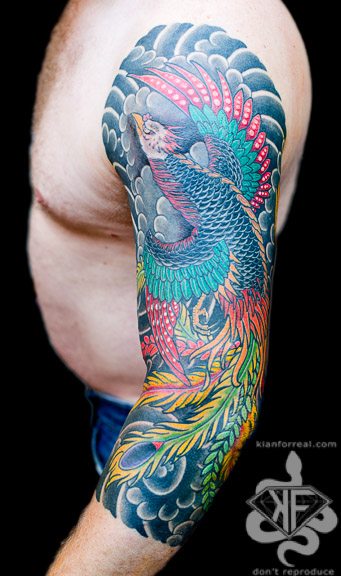 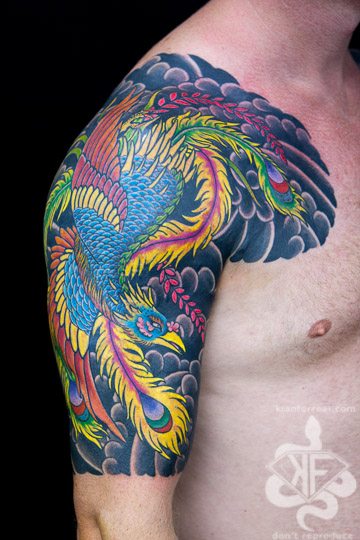 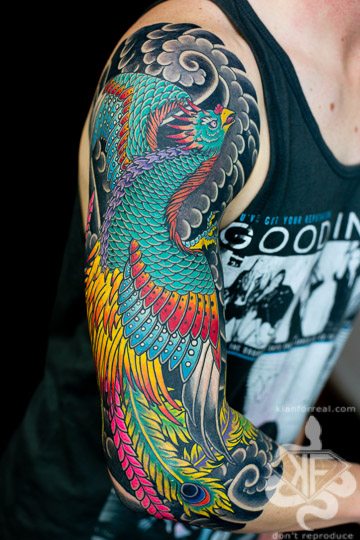 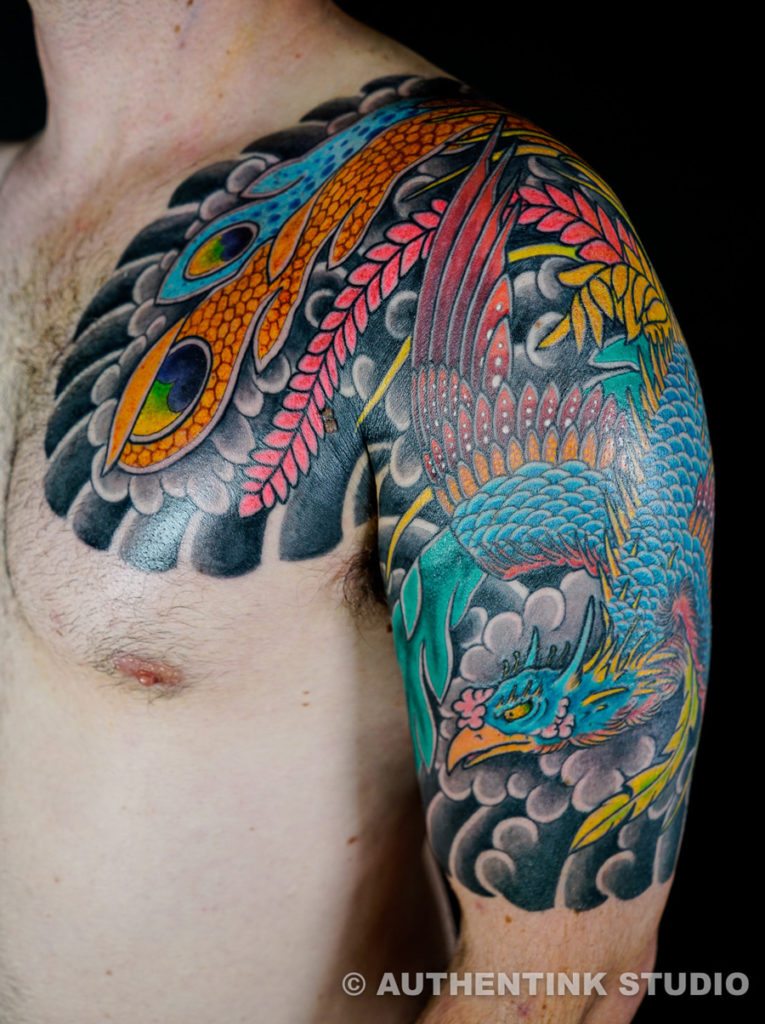 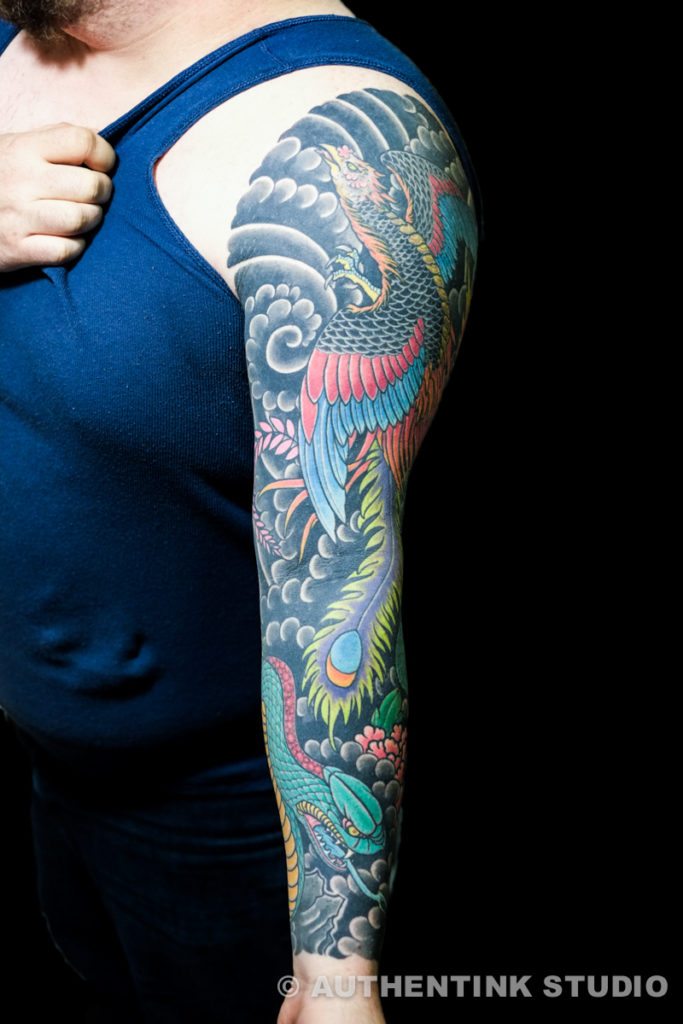 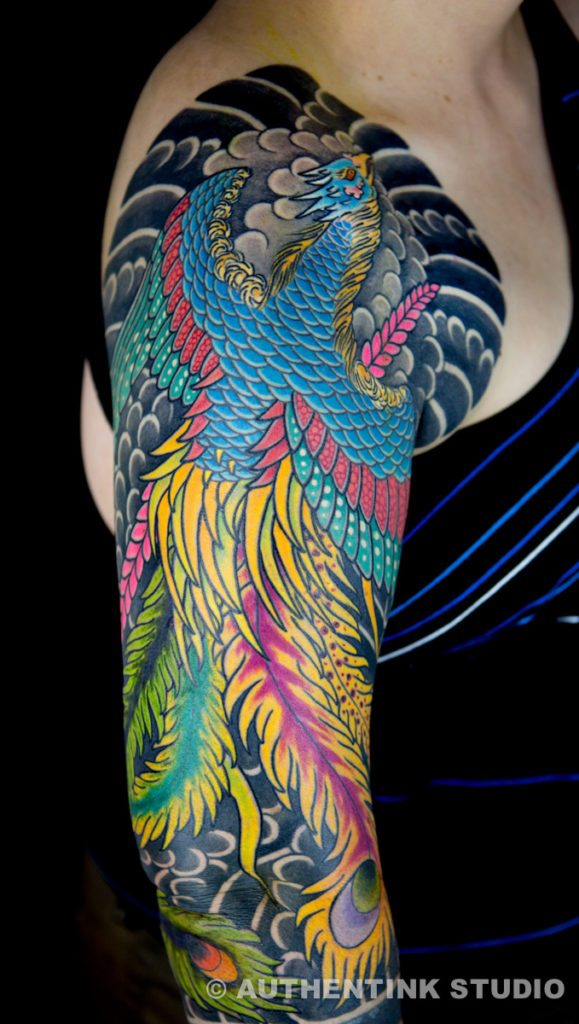 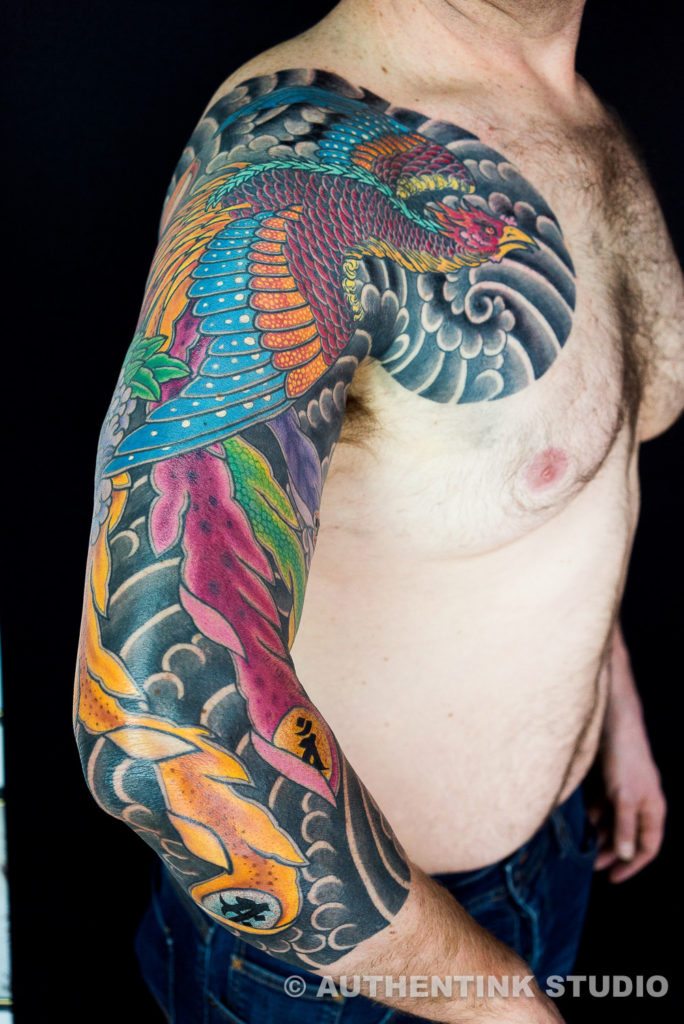 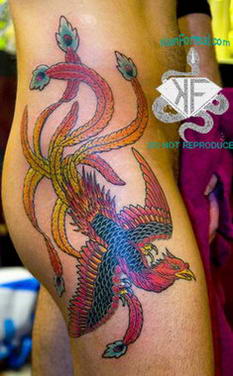 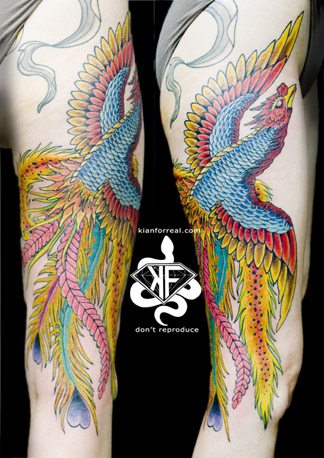 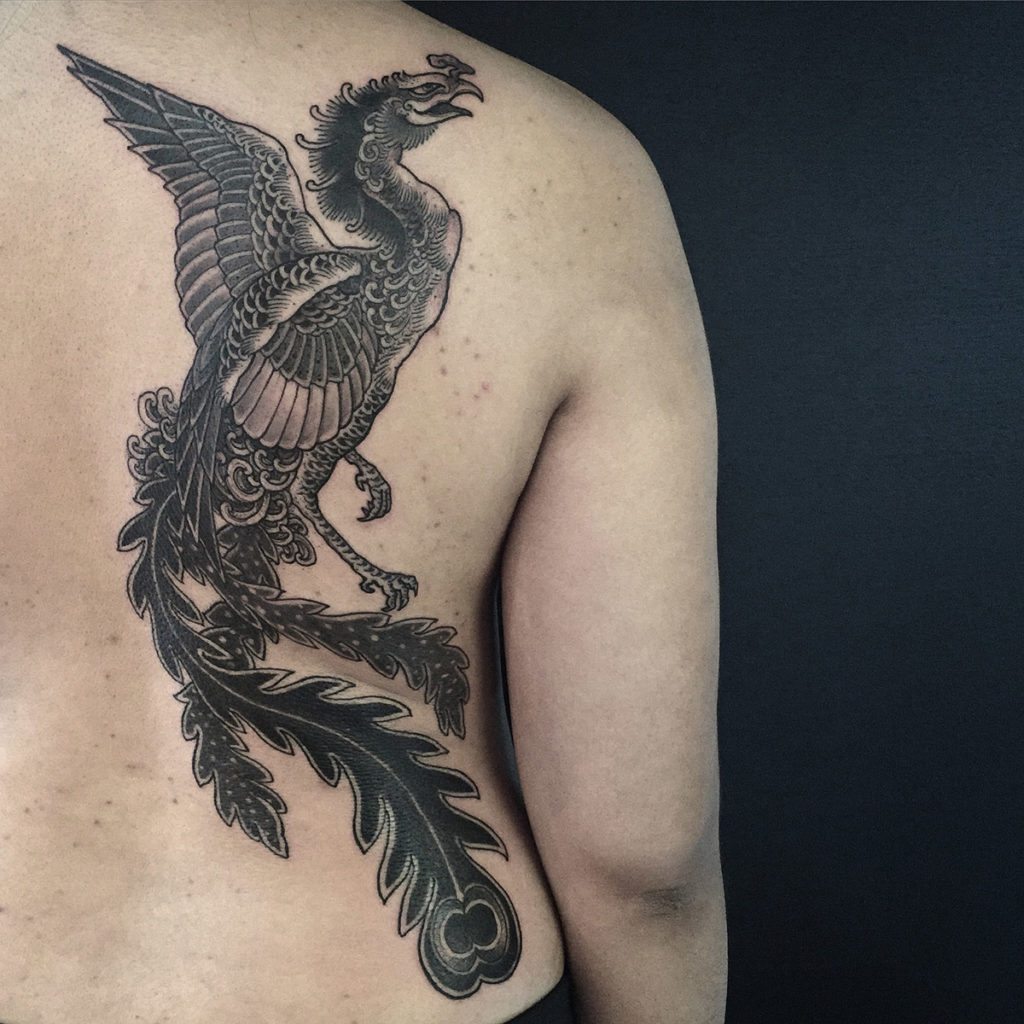