If you are lucky enough, and determined enough, to get a back piece from Horisumi, you will get the honour of having his Senjafuda tattooed on you within your back piece.

Senjafuda began as stickers or scraps of paper posted on the gates of shrines or temples, and bore the name of the worshipper who placed it there. Originally, they were wooden slats that had been carved, but since the Edo period, they have been replaced with paper. Stickers were plastered on shrines, a long lasting memory or documentation of a visit or pilgrimage to the temples.

In modern Japan, they are now used in place of business cards. Popular with traditional Japanese tattooers, they have become items to collect, much like stamps of coins.

See below a few examples of back pieces by Horisumi, sporting his awesome Senjafuda 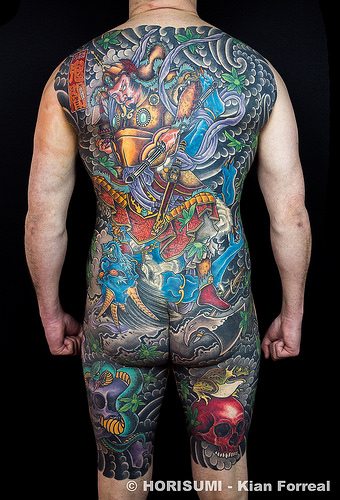 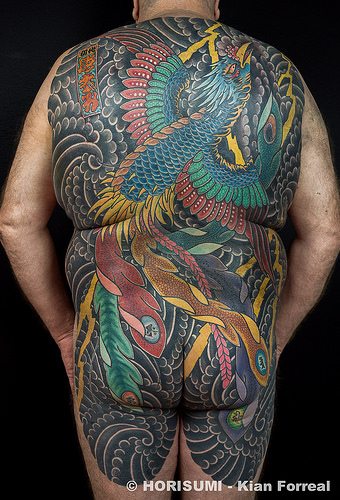